Thursday morning we went hat shopping. When Duke was in this area in 1979 he bought a straw hat that was so durable he could roll it up then open it later and it would pop right back into shape. He had the hat for years. We found a new hat in a little shop not far from the hotel. 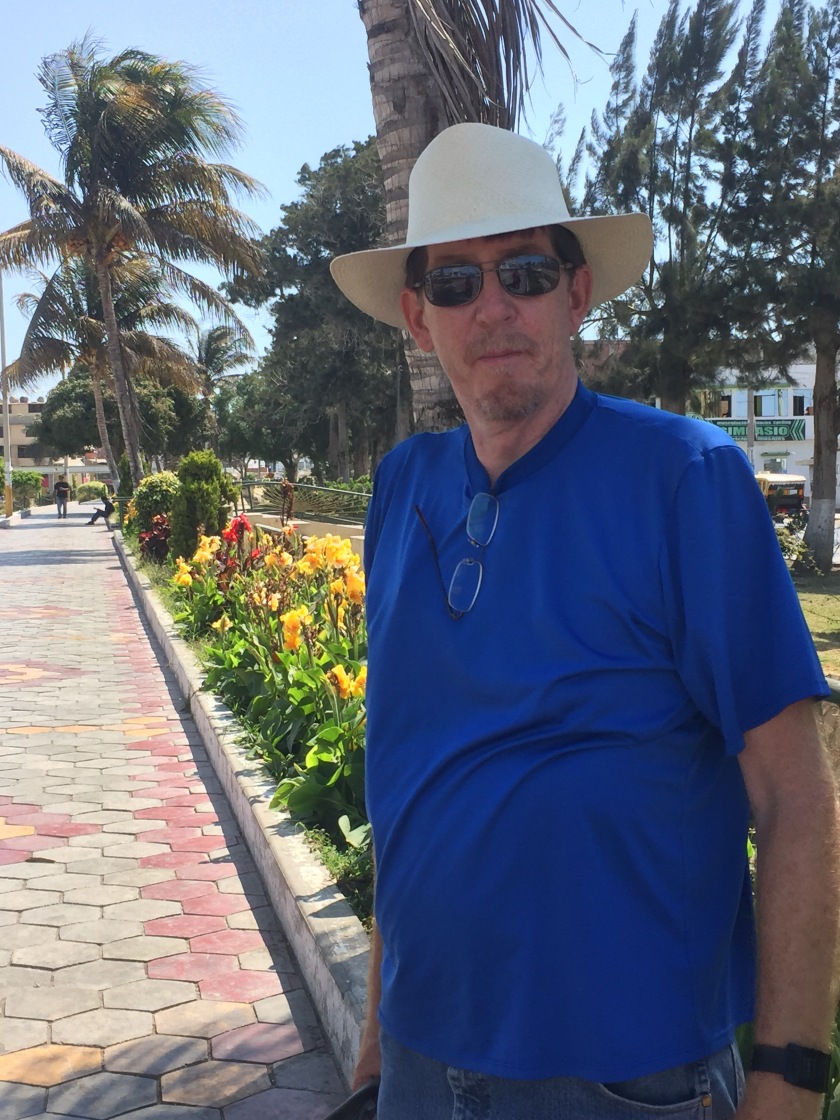 After checking out of our hotel at noon and storing our bags in the hotel luggage room they called us a taxi.  The taxi driver took us to a nearby town to see the Museo Tumbas Reales de Sipán. In 1987 an archaeological exploration found three undisturbed tombs near the town of Sipán. They are attributed to the Moche culture and are dated to about 300 AD.

I saw the Tutankhamen exhibition in San Francisco many years ago and the gold work, ceramics, bead work and exhibits. here were even better! The tombs were found in a giant Adobe pyramid and the museum is shaped like a pyramid. No cameras were allowed in the museum. The museum has exhibits of the artifacts found in the tombs. It is all original. It was fascinating because everything was displayed with big pictures of what it looked like in place as it was excavated.

Some of the highlights were a gold ceremonial necklace with about 12 finely worked gold spiders in there webs, an intricate gold statues of the King with a slave and beautiful ceramic pots and dishes. A lot of the gold had inlays of brilliant blue turquoise. There were big collars made of thousands of tiny beads. How the archaeologists removed it all and cleaned and preserved it is hard to imagine.  There was so much gold and silver and so many beautiful pieces.

After getting back from the museum we went to a movie. It was a Peruvian romantic comedy La Peor de mis Bodas. I really didn’t need to understand all the Spanish to be entertained and to laugh at the jokes. It was fun and very relaxing.

Our bus to Chachapoyas left at 9 pm so we had pizza and went to the bus station.

One thought on “Chiclayo”