This morning after breakfast we checked out and went out to our car. We were surprised to see horses everywhere. It was a group of local equestrians preparing to ride the Ruta del
Emperador, which leads from Jarandilla to the Monastaria de Yuste. We walked up and down watching all the horses until they departed. It was interesting to see that the saddles had what almost looked like back rests and the stirrups were like a shelf. 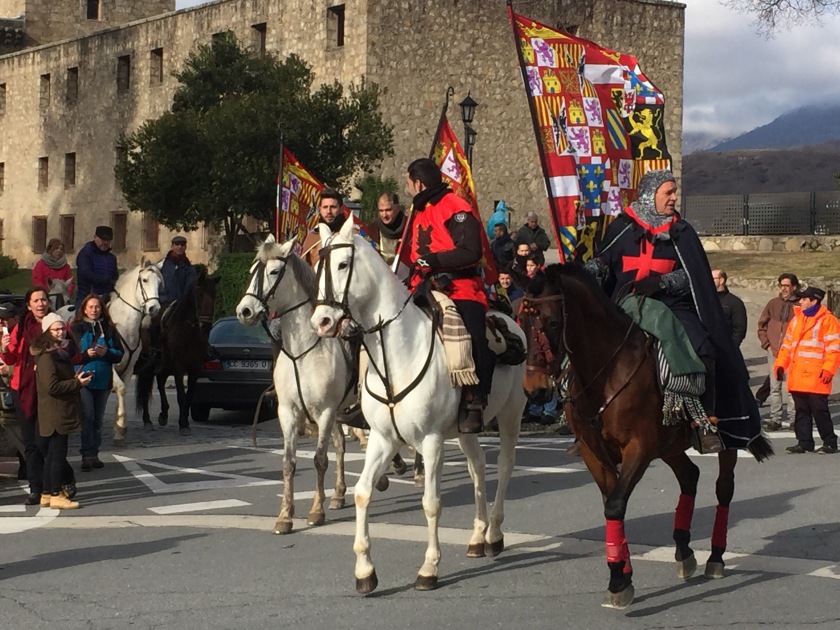 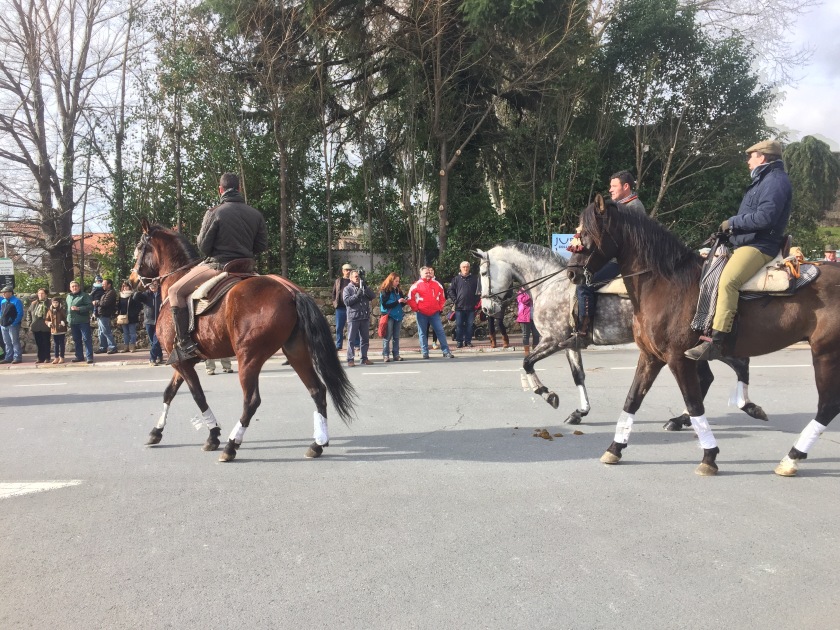 According to Lonely Planet the Monastaria de Yuste is is “where Carlos I of Spain (also known as Carlos V of Austria) came in 1557 to prepare  for death after abdicating his emperorship over much of Western and Central Europe.”  While he was waiting for his accommodations at the monastery to be ready he stayed in the castle, now a Parador where we stayed in Jarandilla. We drove to the monastery and took the audio tour. I liked the gothic style of the church and the relatively modest king’s rooms. 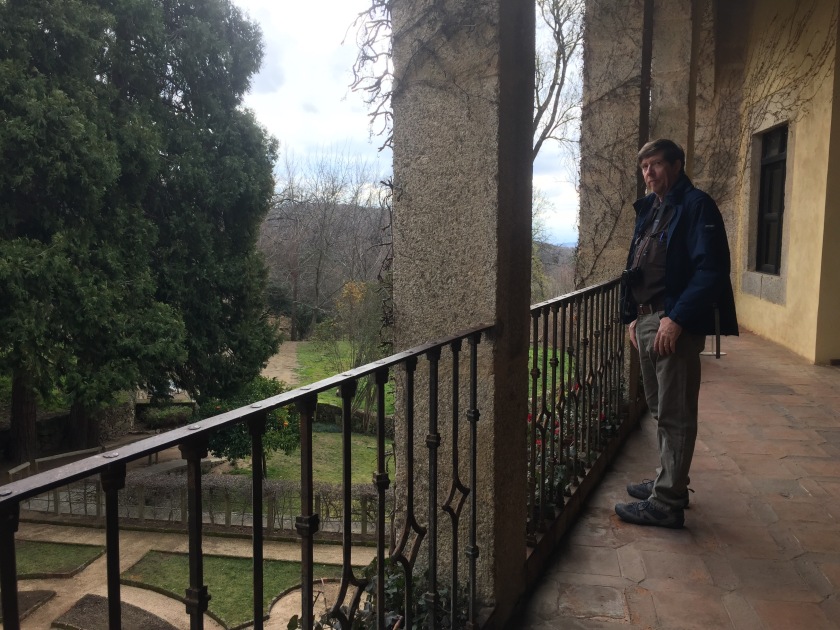 After leaving the monastery we drove through mountains pretty much non stop to Ciudad Rodrigo which is not far from the border with Portugal. For part of the way we were in the clouds as we went over a pass.

The Parador where we are staying is built into the town wall. After checking in we climbed the tower to look out over the countryside.
Our room in this Parador is by far the nicest we have had. We have a round room in a tower. We could see our round room when we climbed the big tower.

As part of the romantic package which we have here we get a bottle of wine and a ham appetiser. We also get champagne and chocolates.  A big problem was deciding which one to drink. We decided to save the champagne for another day.

Dinner was great although none of my pictures really do it justice. This desert was a chocolate ball filled with cake and candy. Our waitress poured hot chocoltae over it at the table. 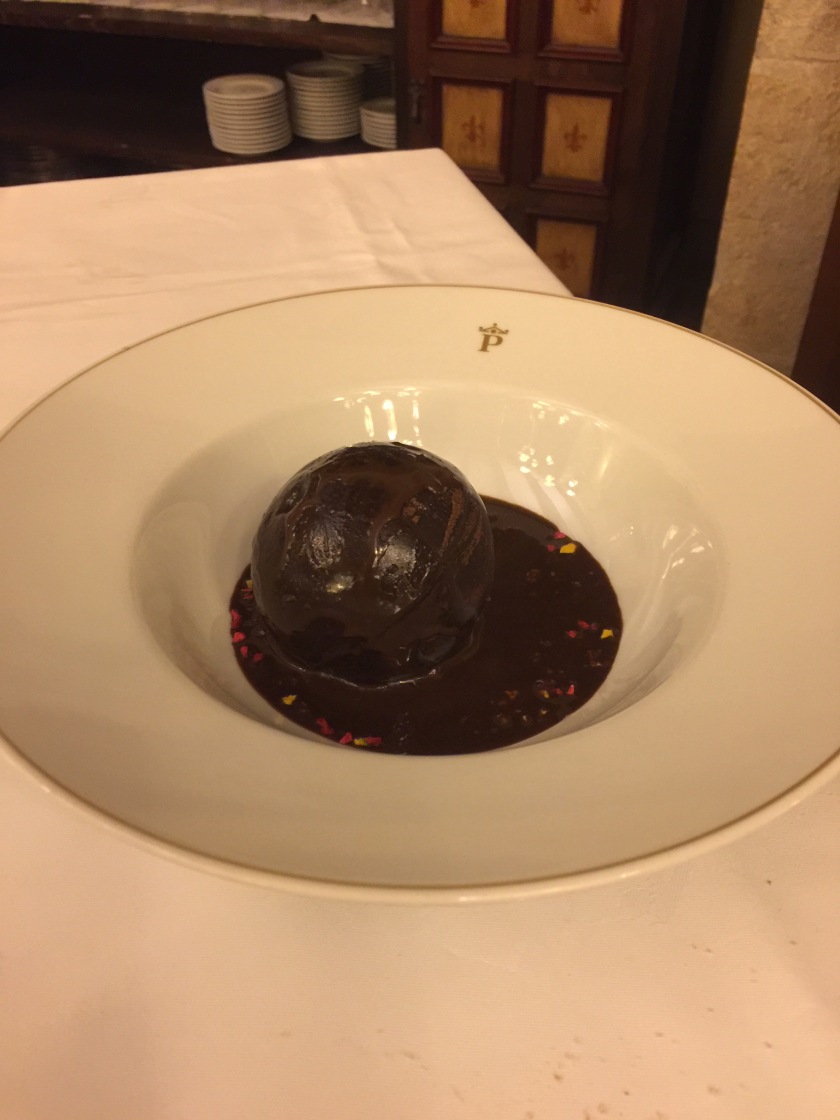 2 thoughts on “Jarandilla to Ciudad Rodrigo”