Our Parador last night was originally a hunting lodge for the King. There are hiking trails in the area that are used a lot in the summer. We have seen many signs that say no mushroom collecting without a permit. 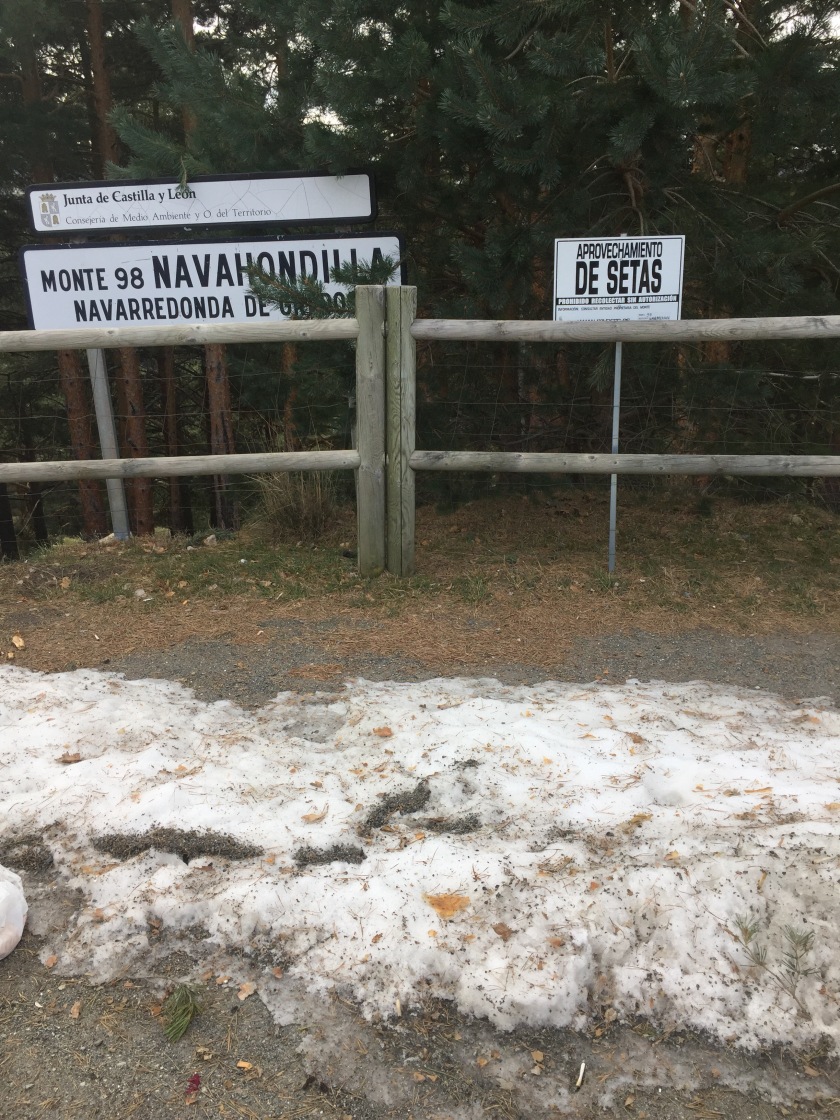 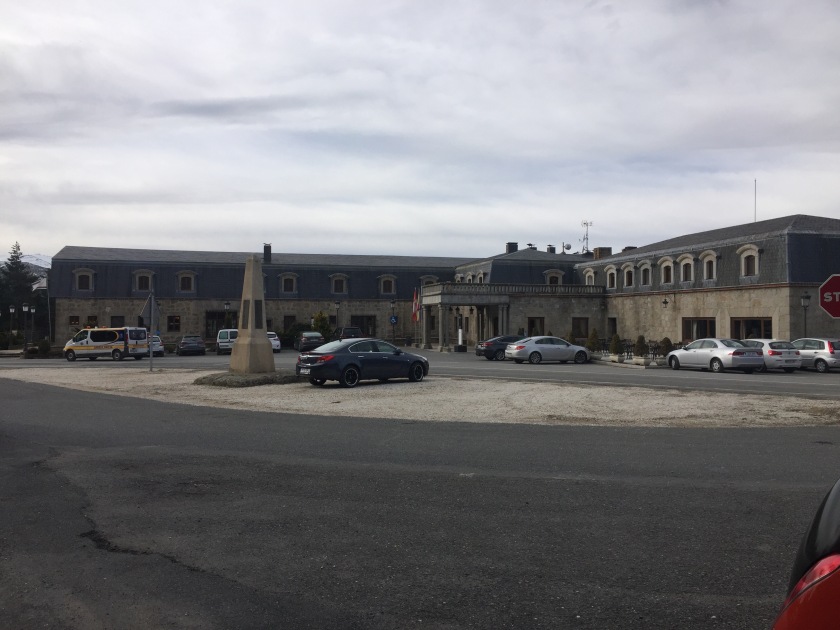 Today was a typical day for our style of travel. We only had to go about 50 miles to our next Parador so after a leisurely start we set off on some back roads to see what we would see.

We drove up the country roads to a trailhead for many of the hikes called La Plarforma. The temperature was around 40 degrees but The stone hiking trail was covered in ice. In many places there was water flowing under the ice creating strange patterns. Many of the rocks were covered in green lichen. We were able to avoid the ice and hike up quite a ways. 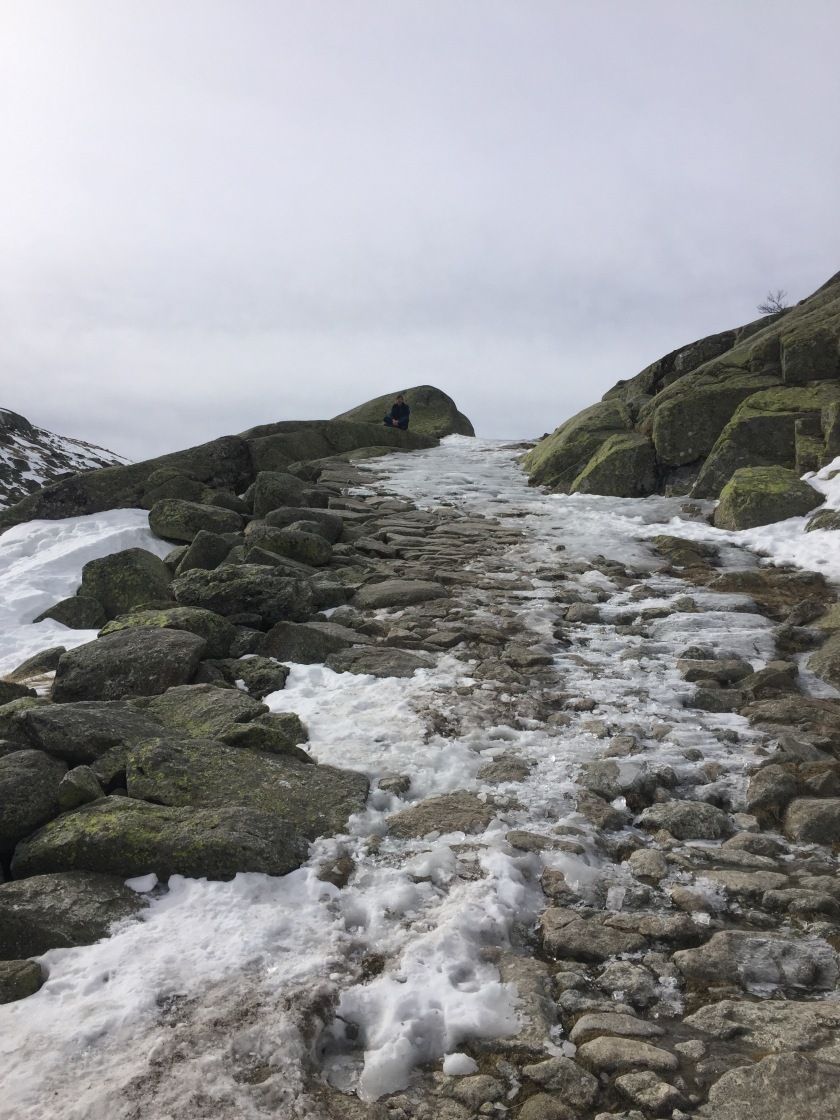 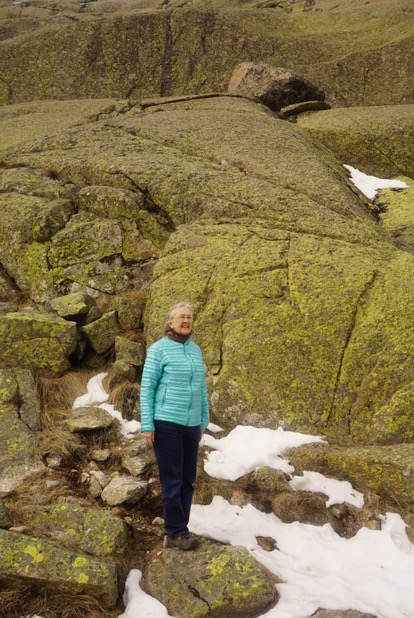 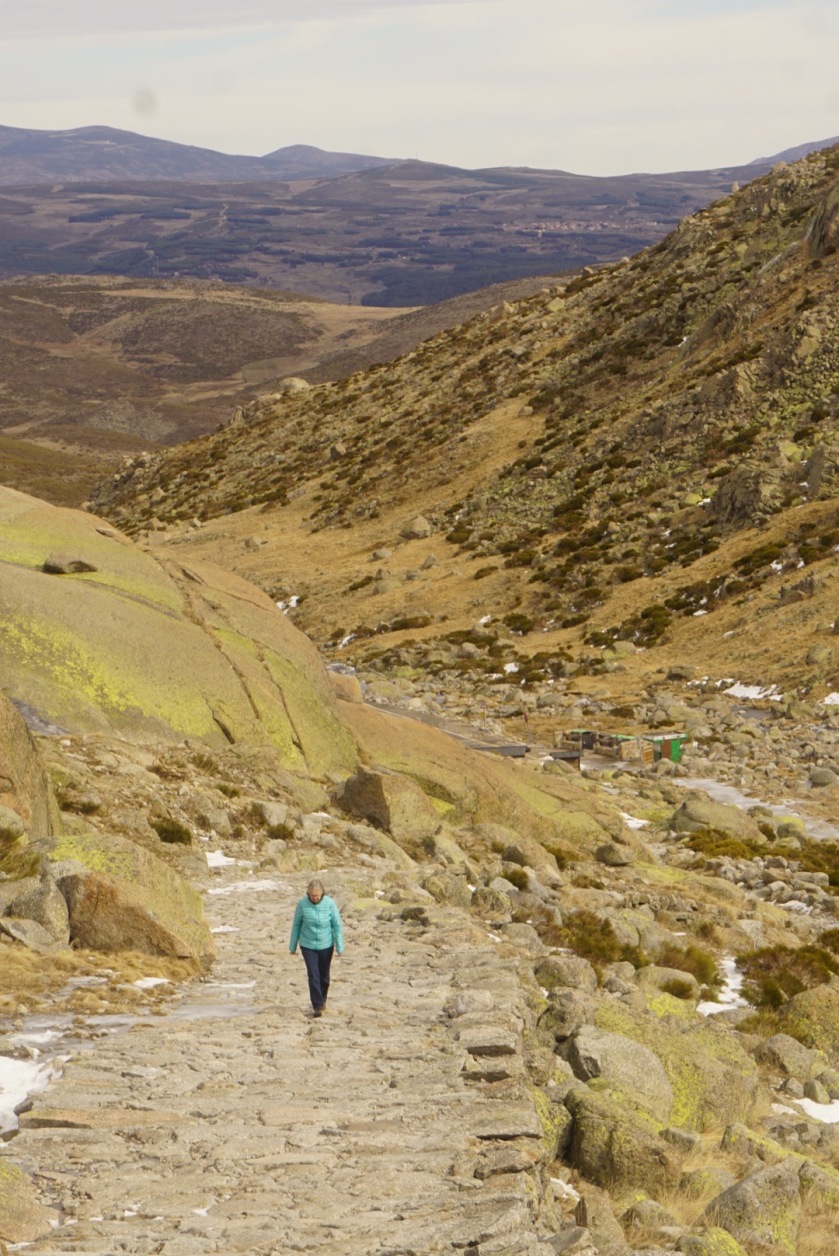 We followed a different road down from the trailhead and saw two different kinds of animals. One big group looked like mountain goats but I suspect were Spanish ibex. The other animals were more spaced out. They were bigger and we saw about ten of them. They may have been Wester Spanish Ibex. 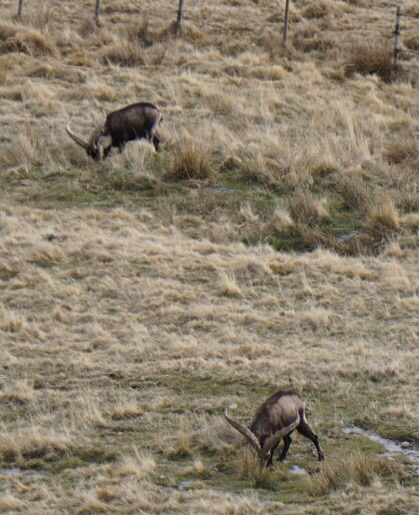 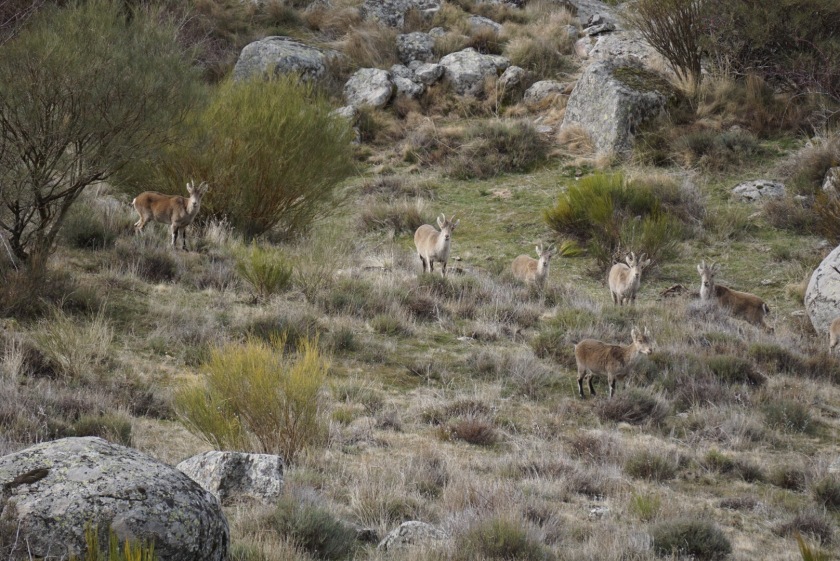 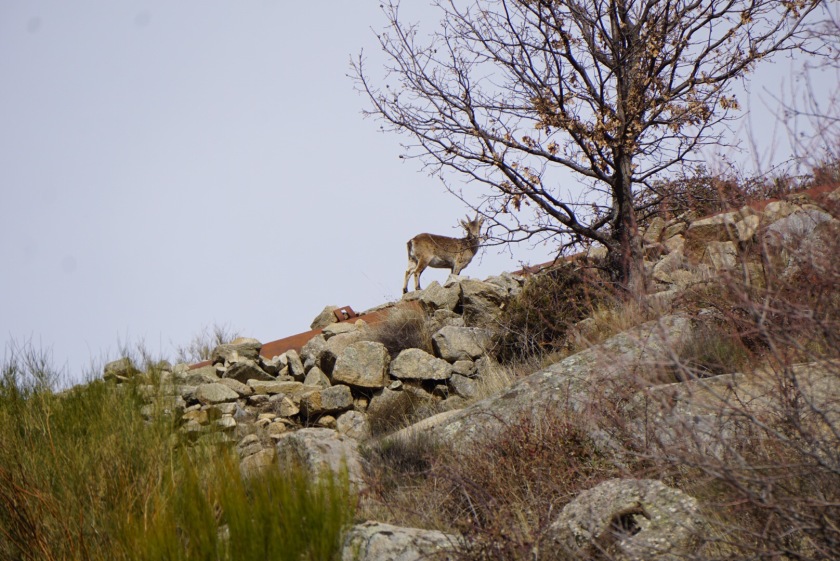 Near the pass through these mountains there is a very well preserved and impressive Roman road. 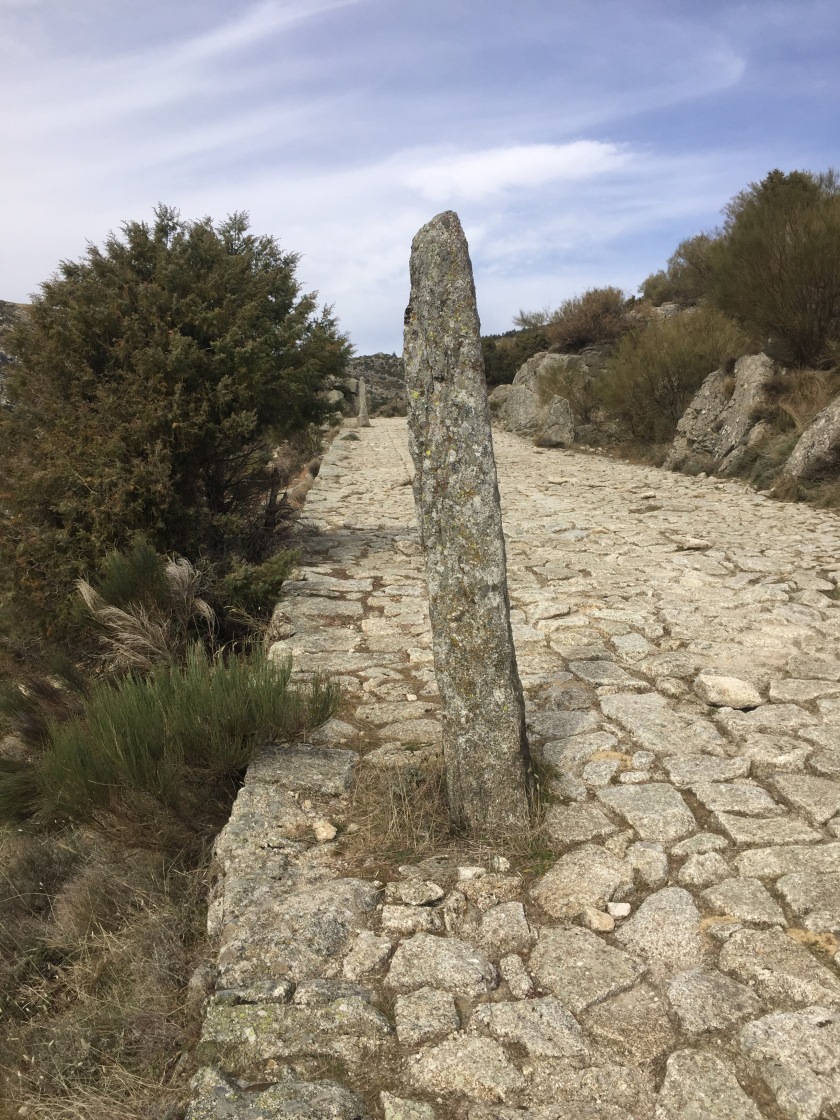 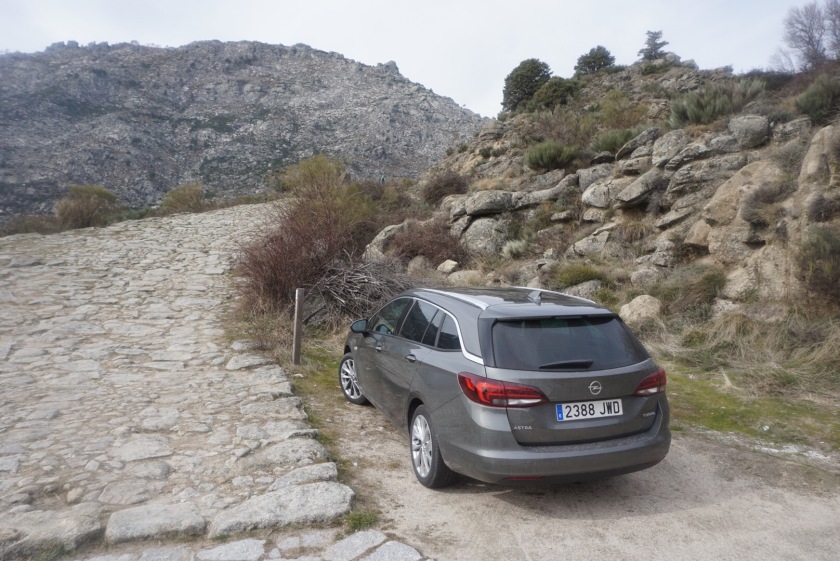 Lower down we drove through flat area of oak trees and saw a pig enjoying himself near the road. I suspect he has a future as a ham!! We also saw lots of interesting birds including cranes and storks.

The Parador in Oropesa is former palace of a Spanish noble family. We have the romantic package so this was waiting in our room. 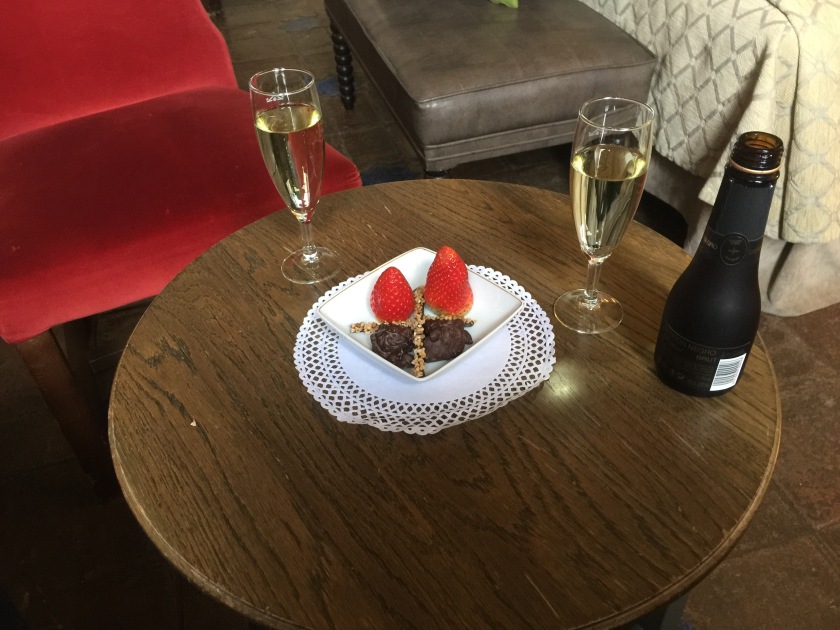 Our bottle of wine at dinner was included in the package as was a plate of jamon. 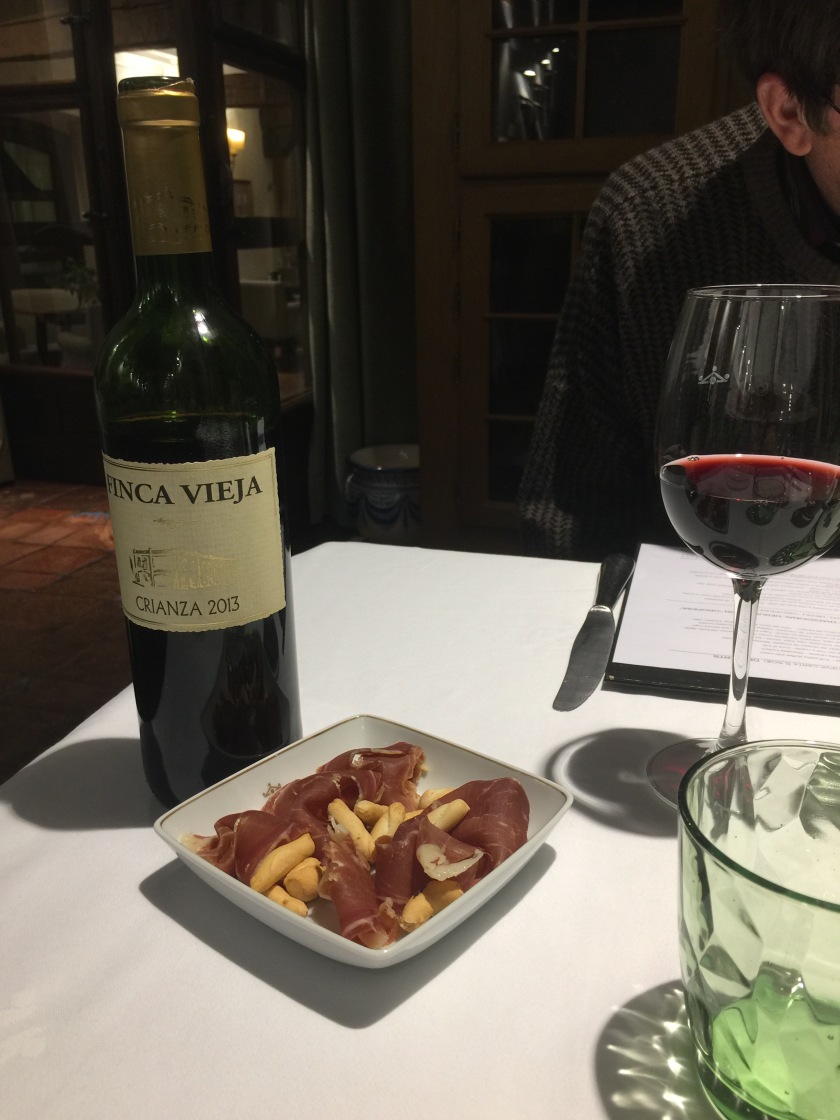 We shared a smoked tuna salad. I don’t know what happened to Duke’s eyes in this picture! 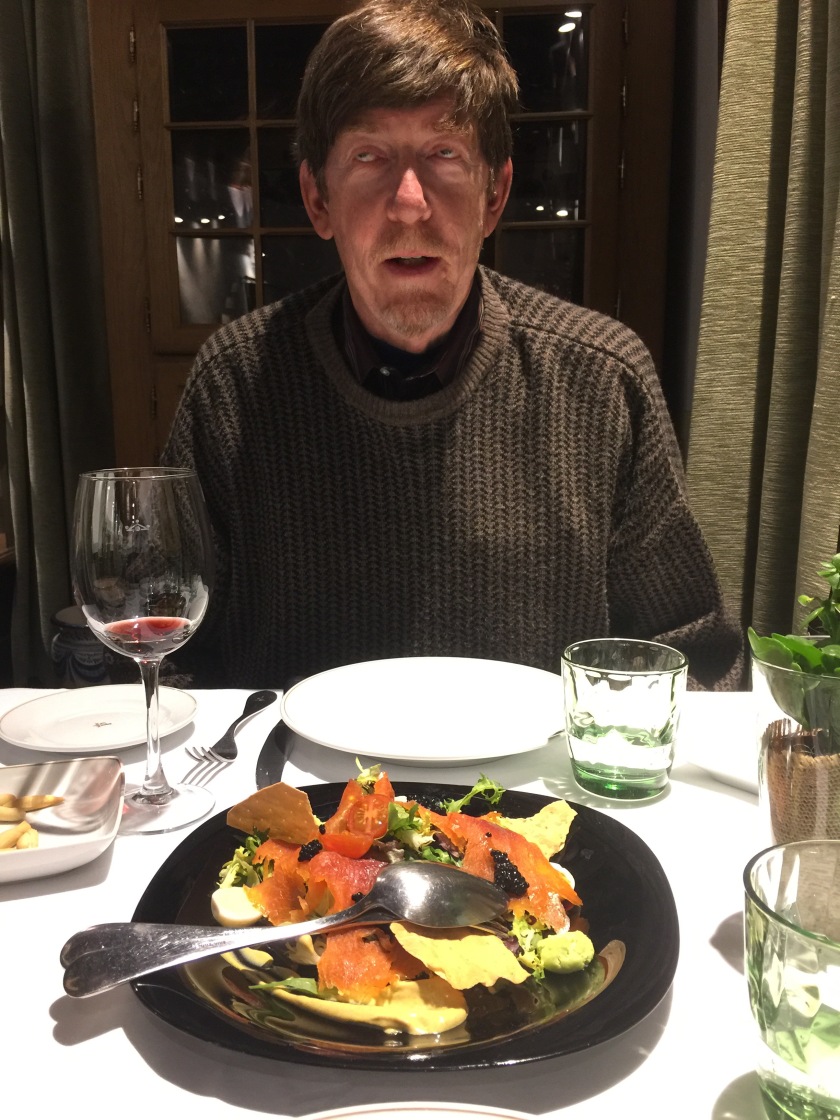 We shared a main course of octopus. It had beautiful presentation but I forgot to take a picture until I had cut it into four pieces. It was yummy. We also shared a desert. 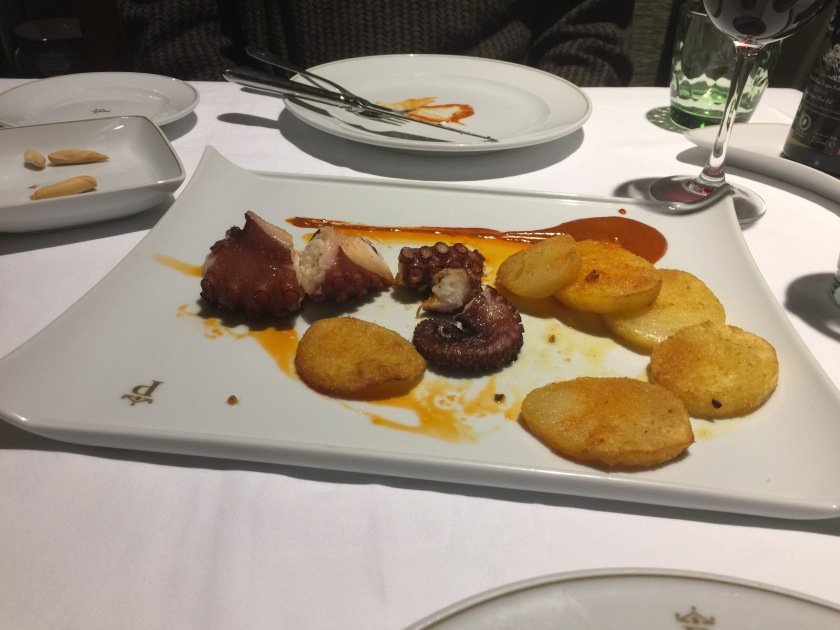