Barcelona is an amazing city. Today we did the hop on hop off bus tour of the city. It made me realize that there is so much to do here that I could spend another week or two here and still not see everything I want to see!
We started out the day with coffee and a croissant. Then we started the bus tour. Our first stop was at  Gaudi’s Basilca de La Sagrada Familia. They started work on the Basilica in the 1800’s and they are still working on it! 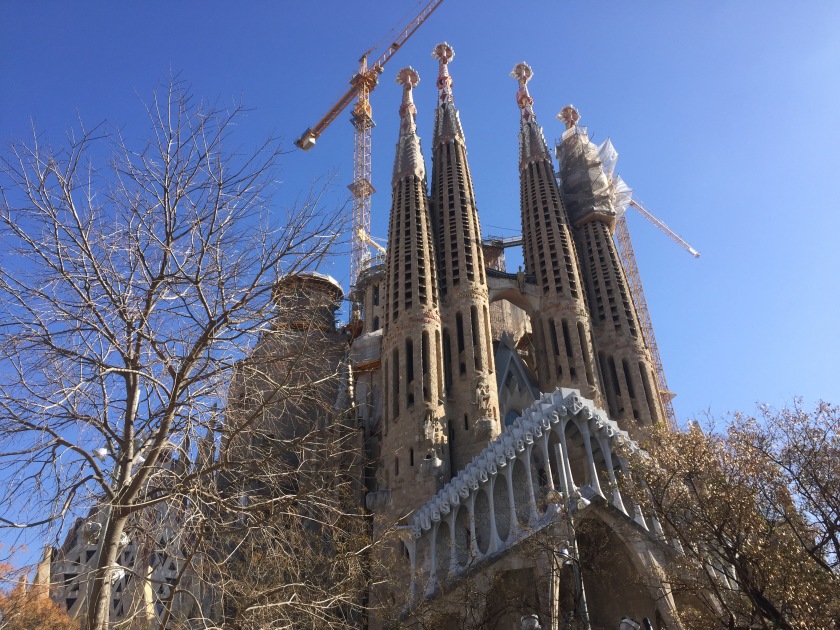 As we were walking around the Basilica it was fun to see a bunch of people playing a game, maybe lawn bowling? All the balls seemed to be made out of iron. Many people had ribbons with magnets on them so they could pick up the balls without bending over. 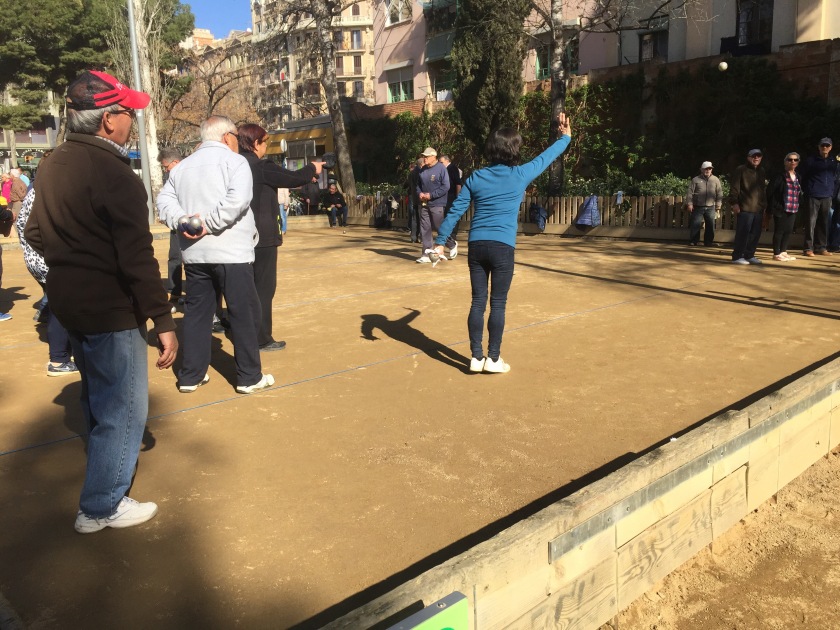 After Sagrada Familia our next stop was the Park Güell. We got off the bus and walked up to the look out.  Gaudi had a home here for many years. 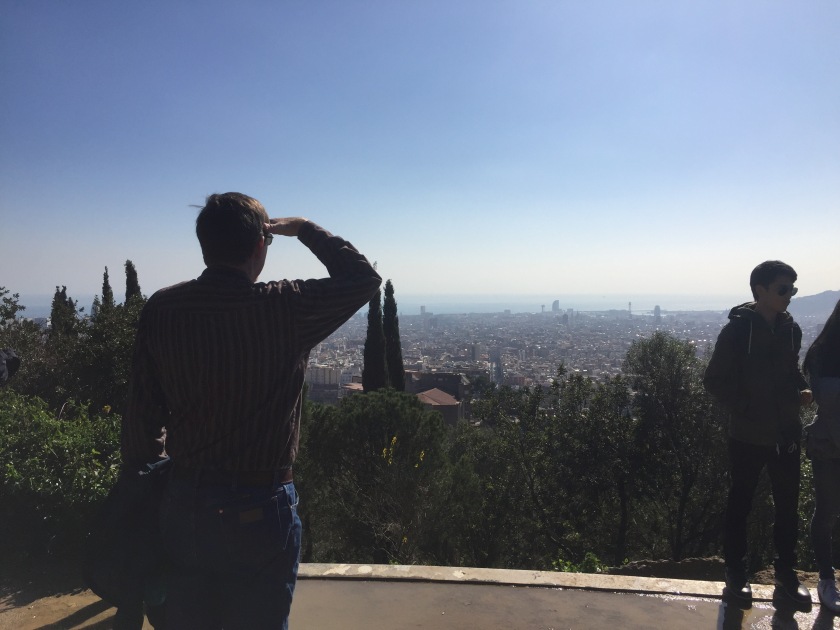 We learned on the tour that Barcelona has more motorcycles and mopeds than any other town in Spain.

I thought this shop where you could have a three-D image of yourself printed was pretty cool. 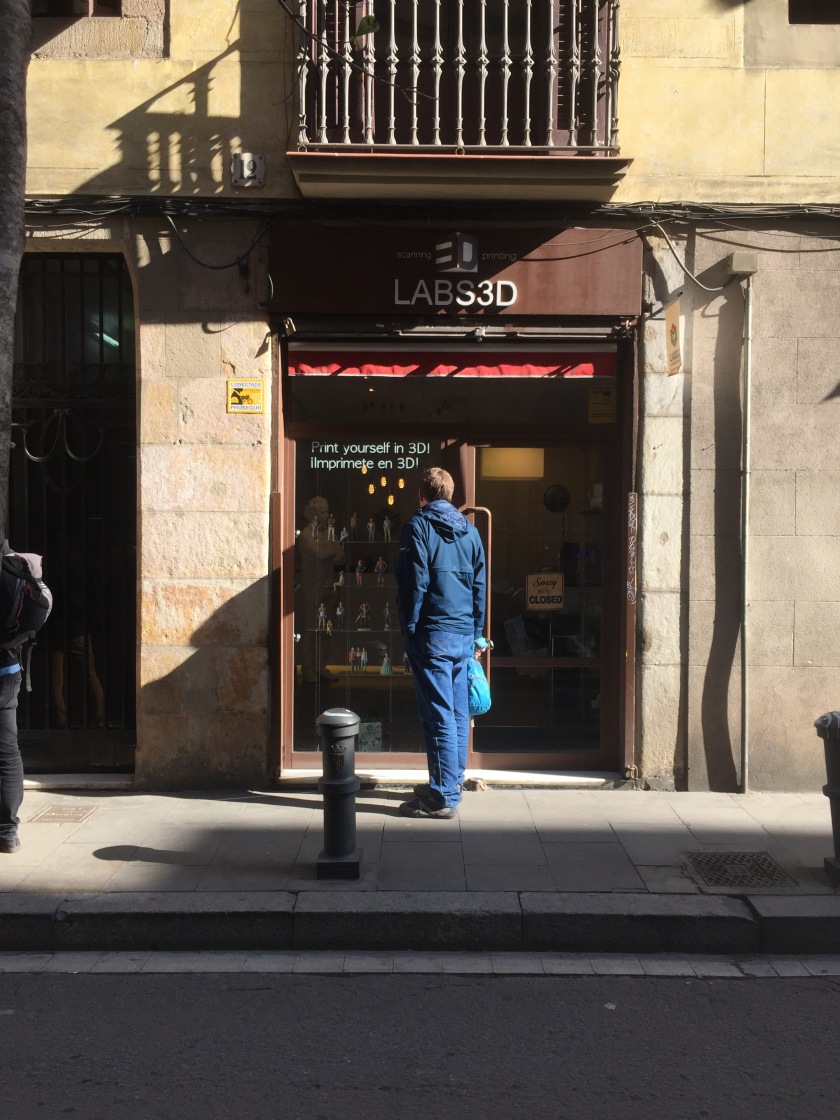 And I thought this ad in the main square for flights from Oakland direct to Barcelona on Norwegian Air was pretty amazing too. 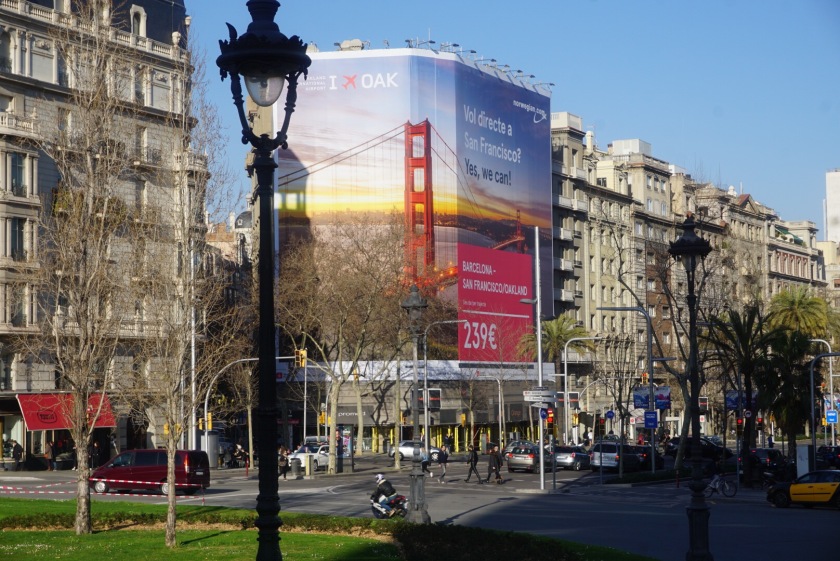 The rest of the tour took us past all the Olympic sights, the harbor, and the exhibit halls where the giant Mobile World Congress (MWC17) will be held this week. As I said it all made me realize how much there is to see and do in Barcelona. 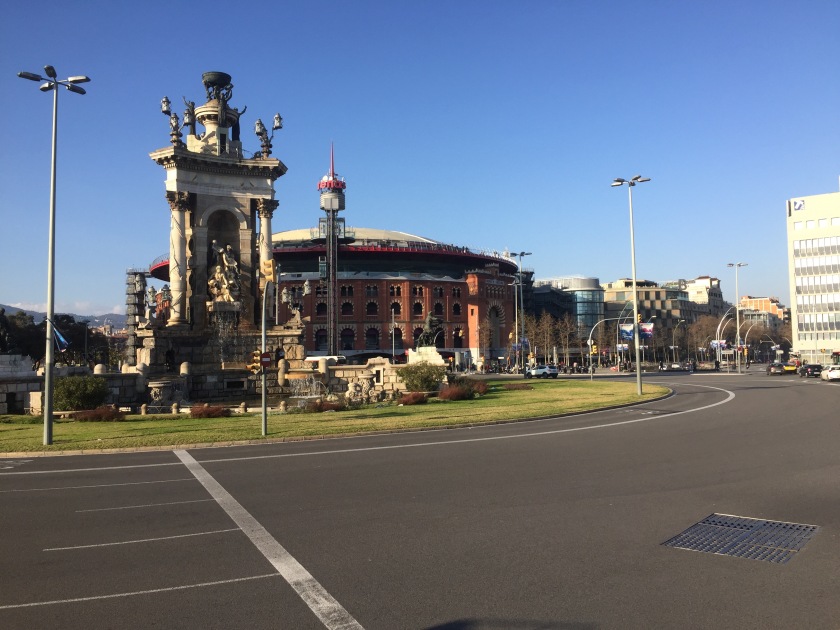 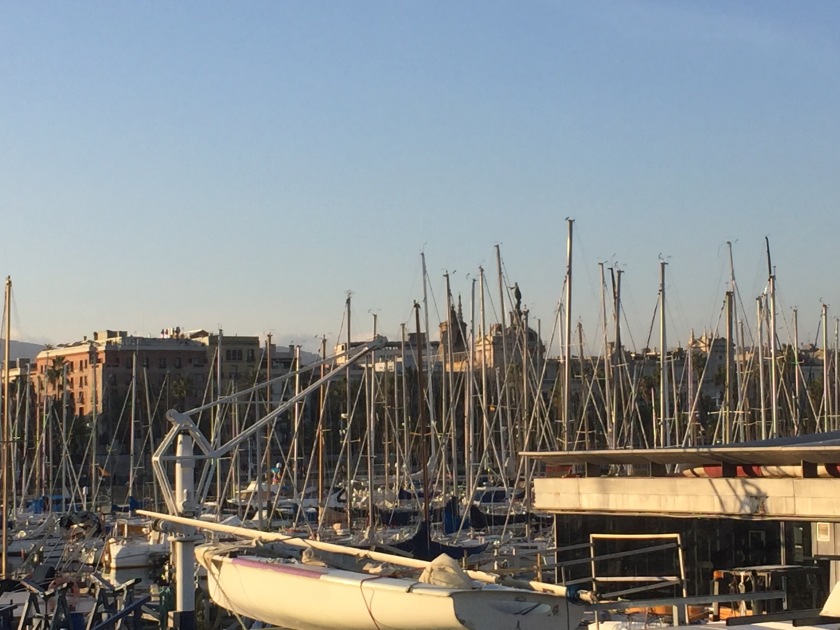 We had originally hoped to spend three nights in Barcelona but the Mobil World Congress which is the biggest conference of  mobile devices in the world meant that hotel rates were hiked through the roof starting Sunday night. So we will catch a train to France in the morning.

We had another wonderful dinner tonight. We went to L’Antic Bicol Del Gòtic and shared salad, appetiser, main course, dessert and coffee. With a bottle of wine the whole meal cost us €70. 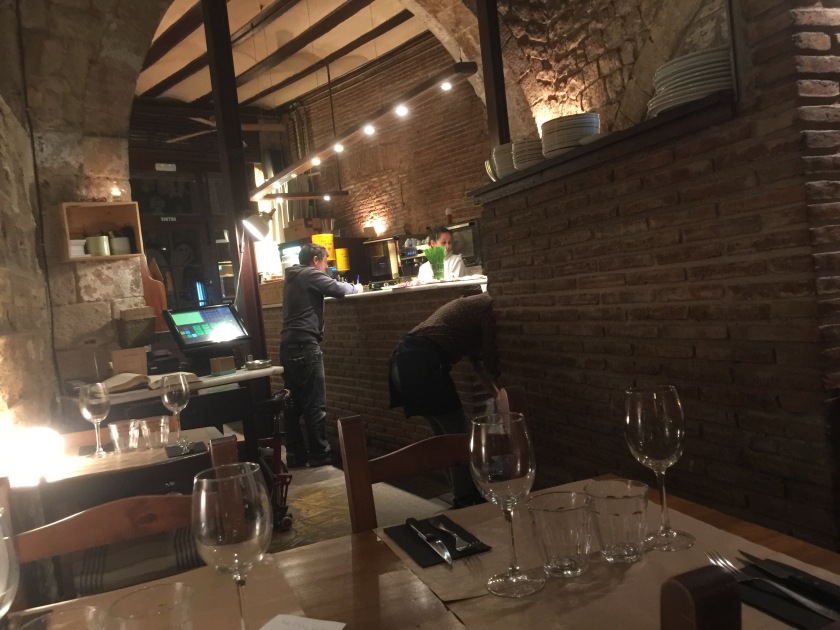