This morning we had coffee at the same place as yesterday. My croissant and café au lait were great!

We packed up and walked to the rental car place. The agent who was the only person working there was very nice. She asked Duke if we had been to Spain before. He told her that we were here last year but we only saw some of the country and that we had such a wonderful time we decided to come back and see more. As we were leaving the woman told us to have a wonderful time. She said we should be sure to leave at least one thing unseen so we would have to come back again.

And we got an upgraded car that had only been driven 300 miles!! It still smells new!

Getting out of Madrid was really easy. We headed west.

From miles away you can see a giant cross on top of a hill.  It is a part of a Valle de los Caídos a Catholic basilica and memorial conceived by Franco to honor those who died on his side in the Spanish Civil War. More than half a million people died in the Spanish Civil War but this memorial was only for the Nationalists.  Franco is buried in the basilica. The park is a beautiful woodland of over 3300 acres. Apparently the monument and basilica are still very controversial because they represent Franco and political prisoners were part of the workforce to build them. The monument was almost deserted. I imagine partly because of the weather but probably also because of the controversy.

The basilica is massive. It is built into the mountain. Unfortunately we couldn’t take any pictures inside.

After leaving Valle de los Caídos we headed up over the mountains to Segovia.

We are staying at a parador with a stunning view of the cathedral, palace and the Roman aqueduct. 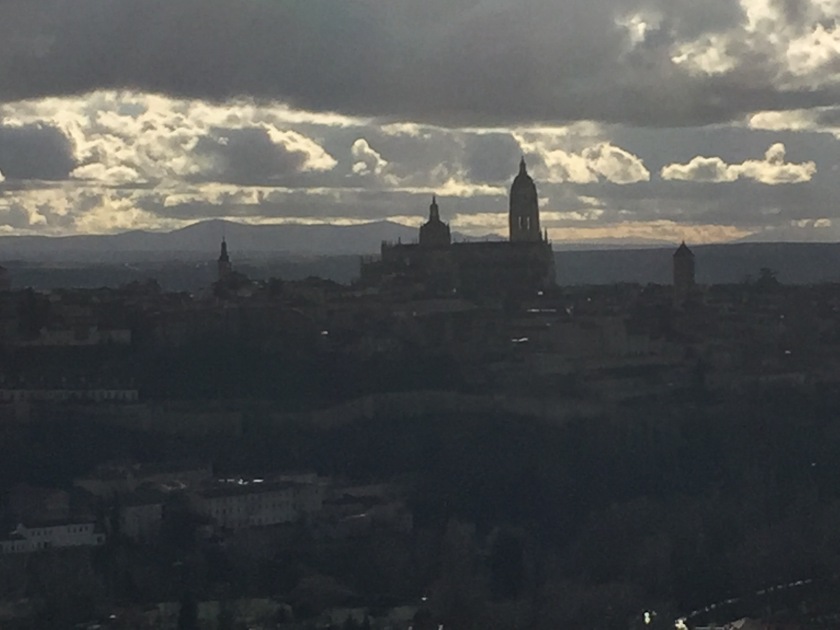 We have been looking forward to a routine after we arrive at a Parador and the end of a day of travel. As a member of the Amigos program (frequent stay program). We collect points for free stays and we always get a coupon for a free drink. 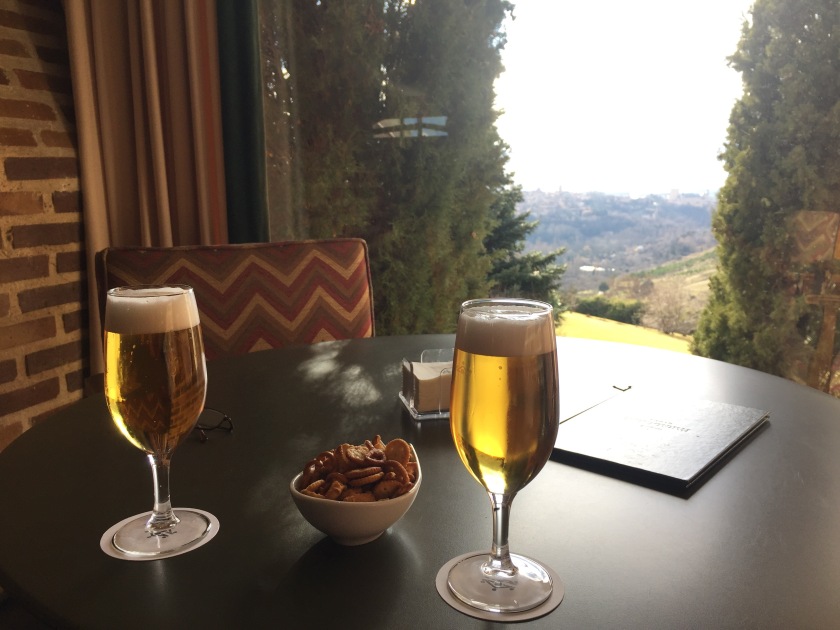 Our dinner was great. A tiny cup of hot soup. 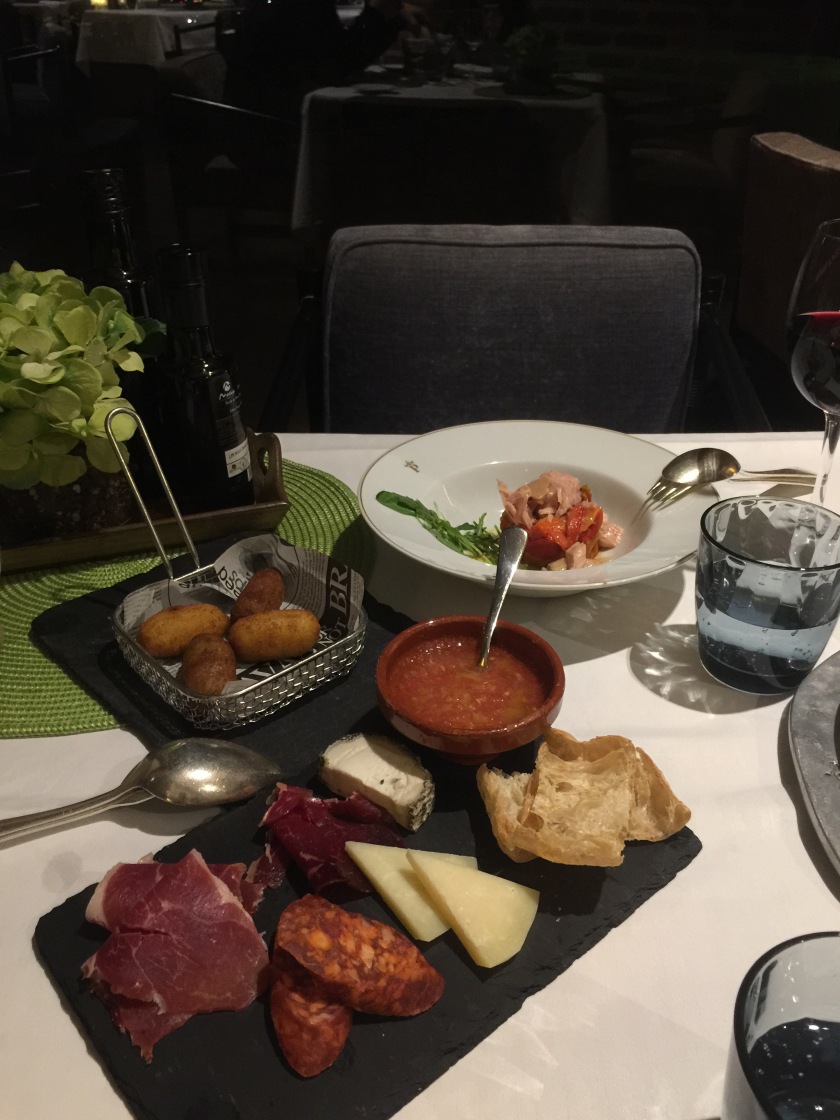 And desert…. Oh my!!! The green apple sorbet and goat cheese ice cream was devine. Who would have thought!  And the raspberries were great too! 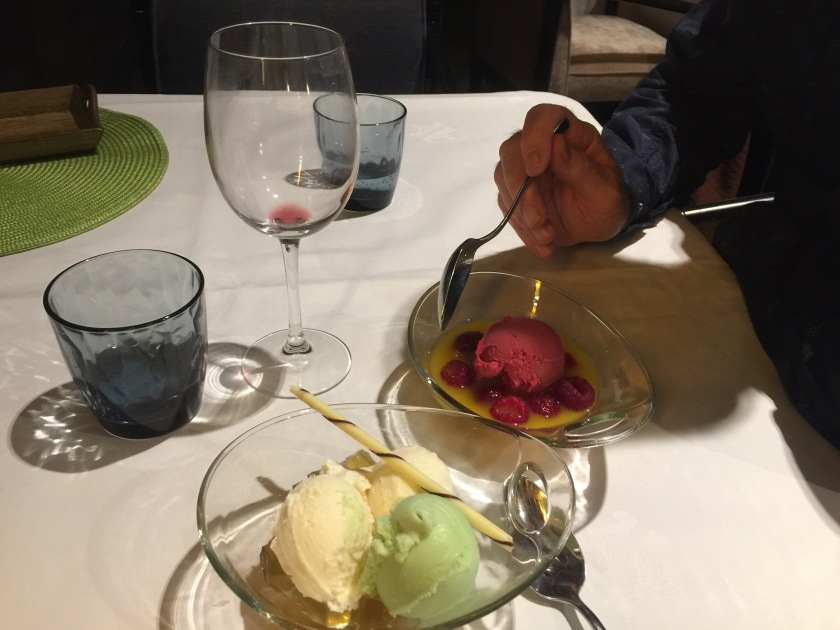 One thought on “Madrid to Segovia”