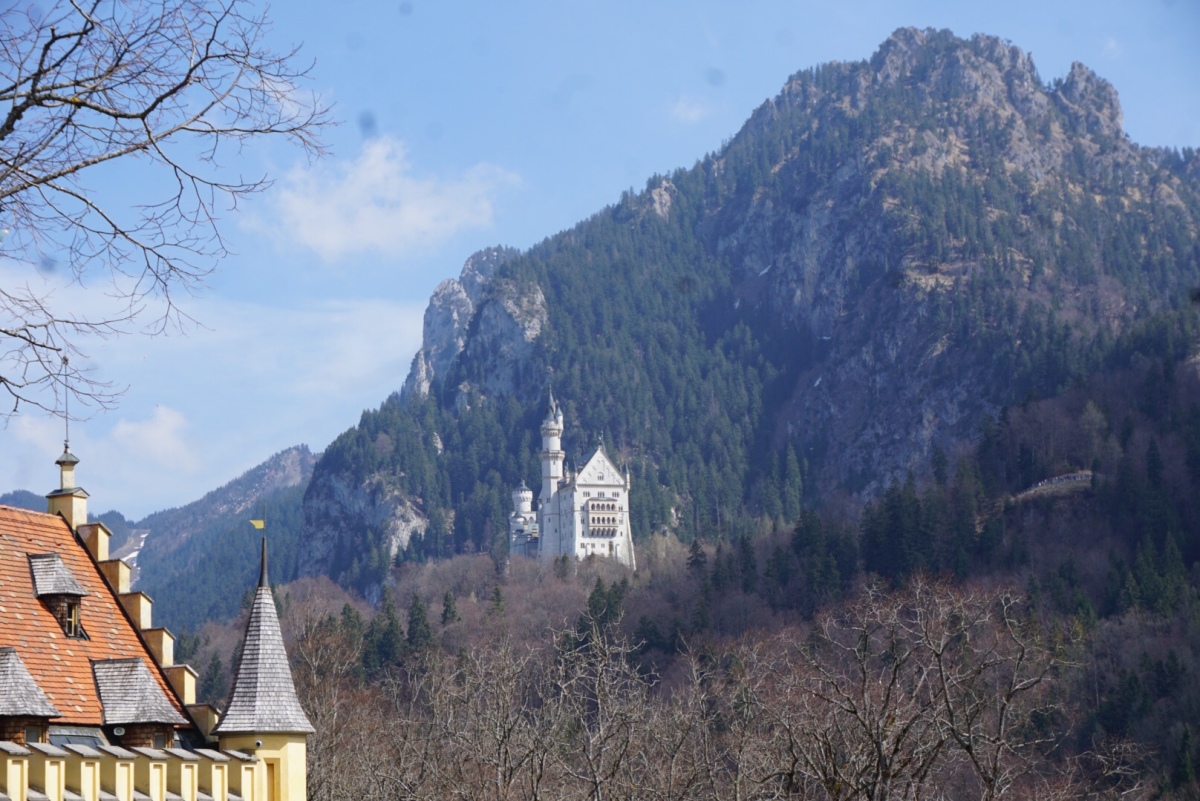 We have been very lucky with the weather on this trip. Yesterday when we arrived in Füssen it was cold and overcast. We couldn’t even see the mountains. Today we woke up to blue skies and a pleasant temperature. It was perfect weather to go into the mountains to see the King’s Castles. 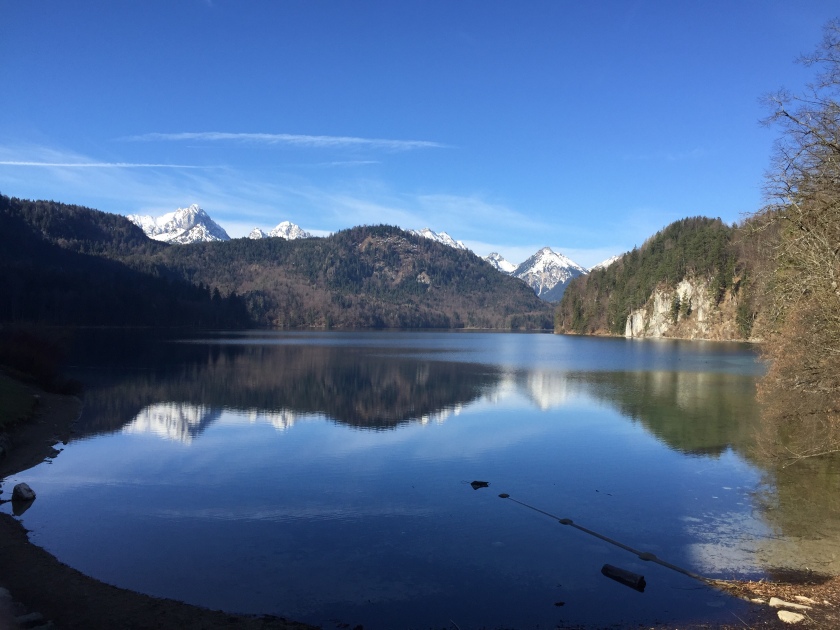 We took a short bus ride from Füssen to the ticket office where we bought our timed entry tickets to the two castles. We did a lot of hiking and climbing to get to the Castles. First we climbed up to Neuschwanstein Castle. King Ludwig built the castle between 1869 to 1886. The tour took us through several lavishly decorated rooms. No pictures were allowed inside the castle. 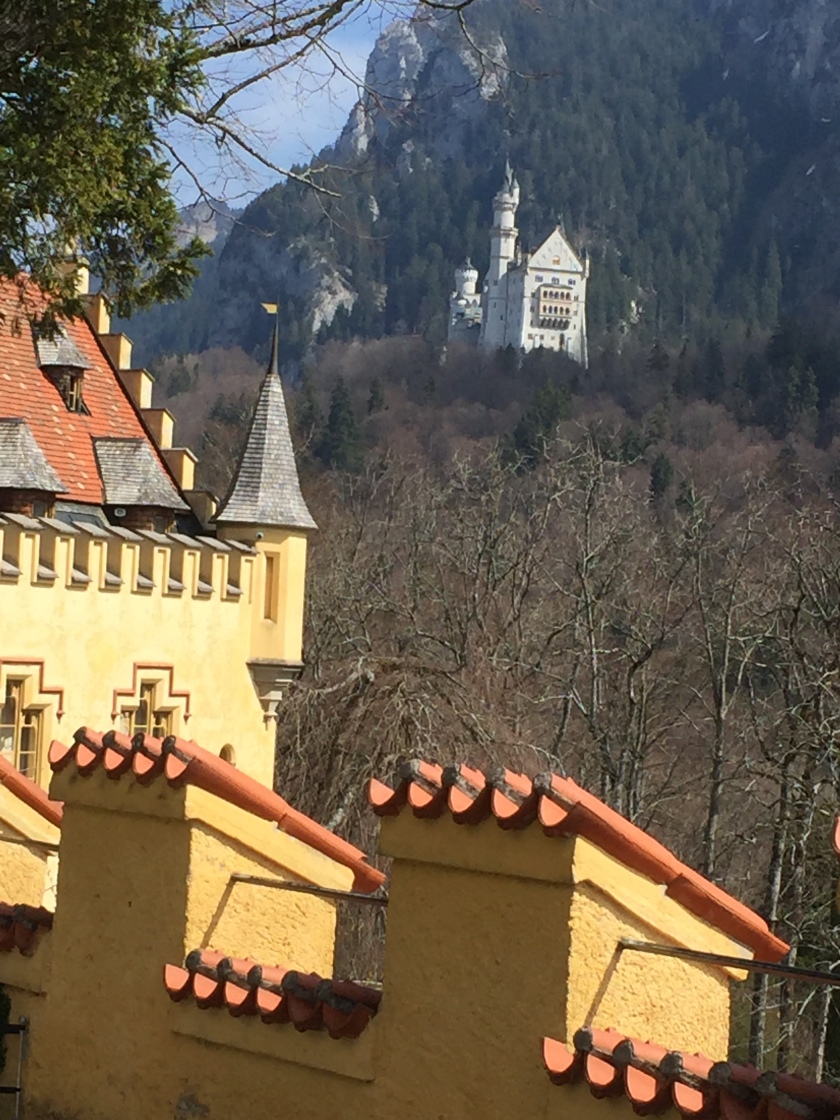 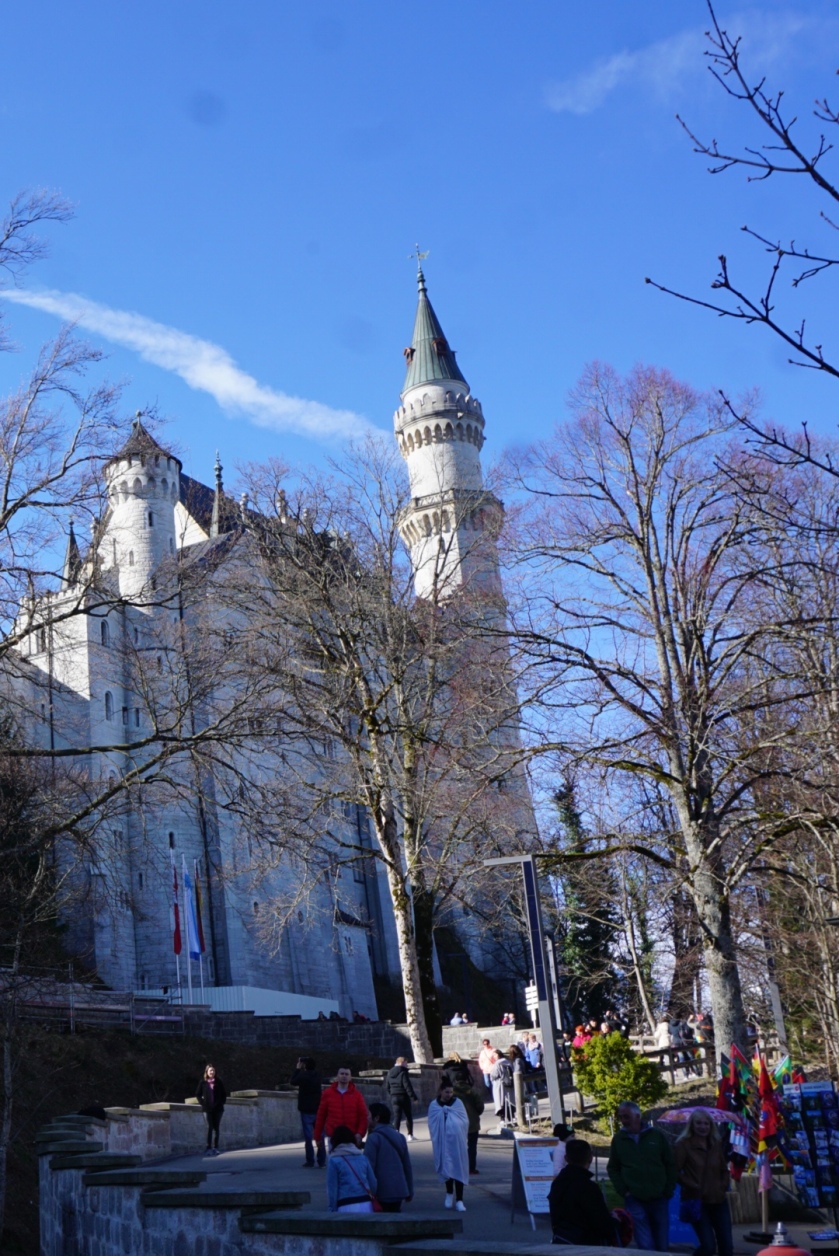 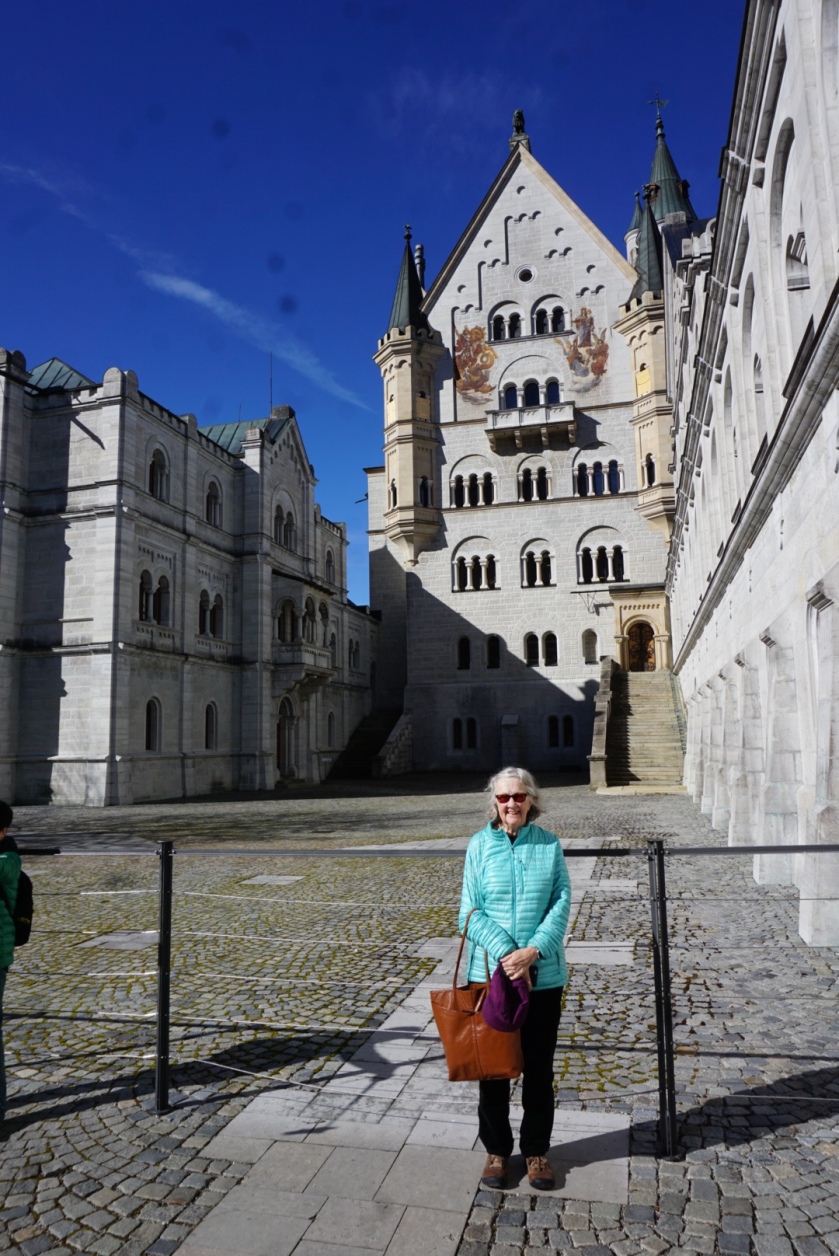 After the tour we hiked up to Mary’s bridge where there is supposed to be an amazing view of the castle. We almost reached the bridge but didn’t get to go out on the bridge because of the long line and the fact that we had to be at Hohenschwangau Castle for our 11:55 tour. We had to hurry down the hill and up the other side of the valley to get to Hohenschwangau. 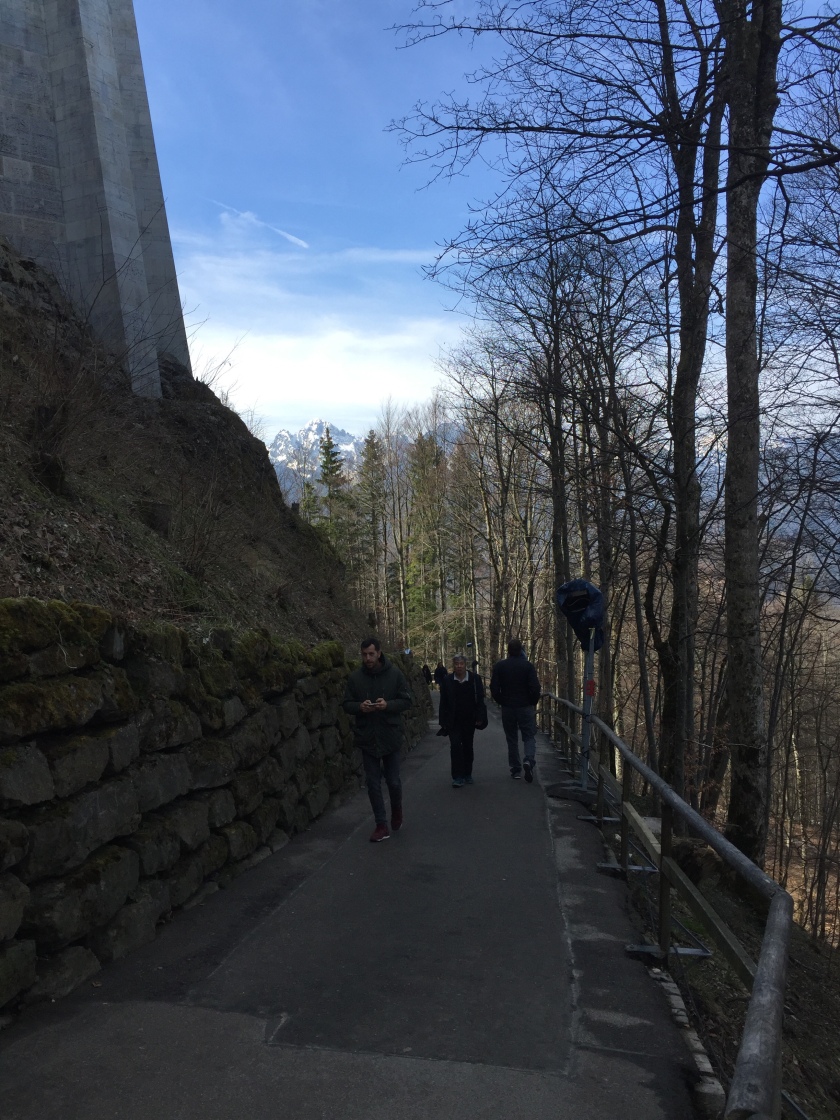 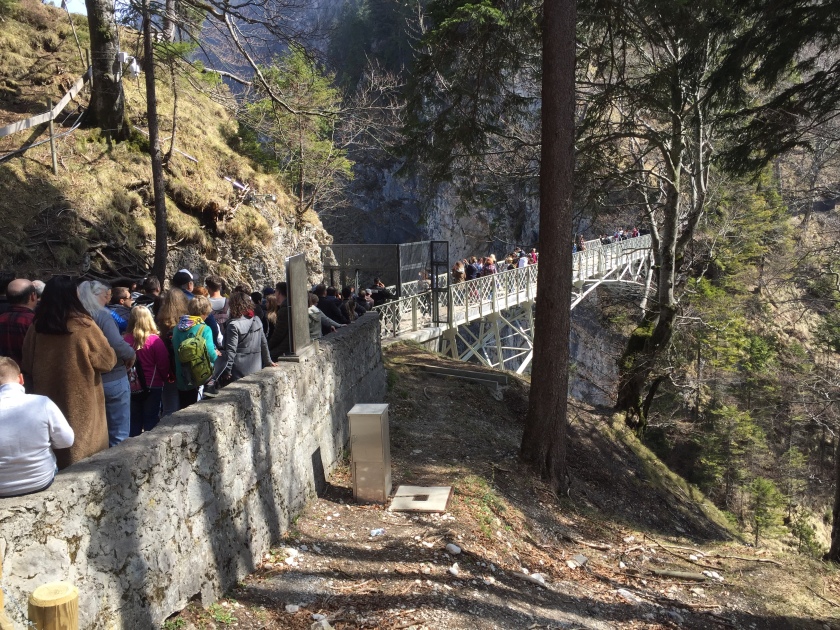 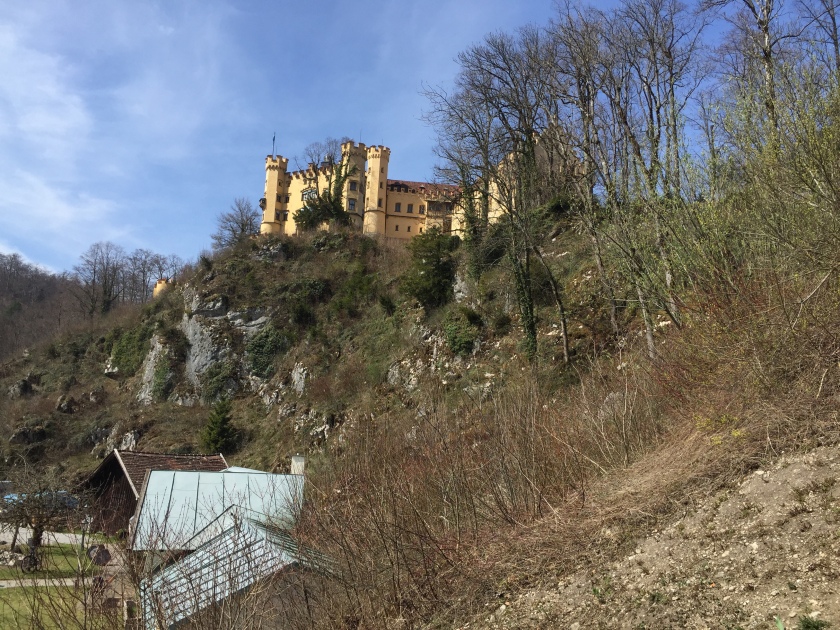 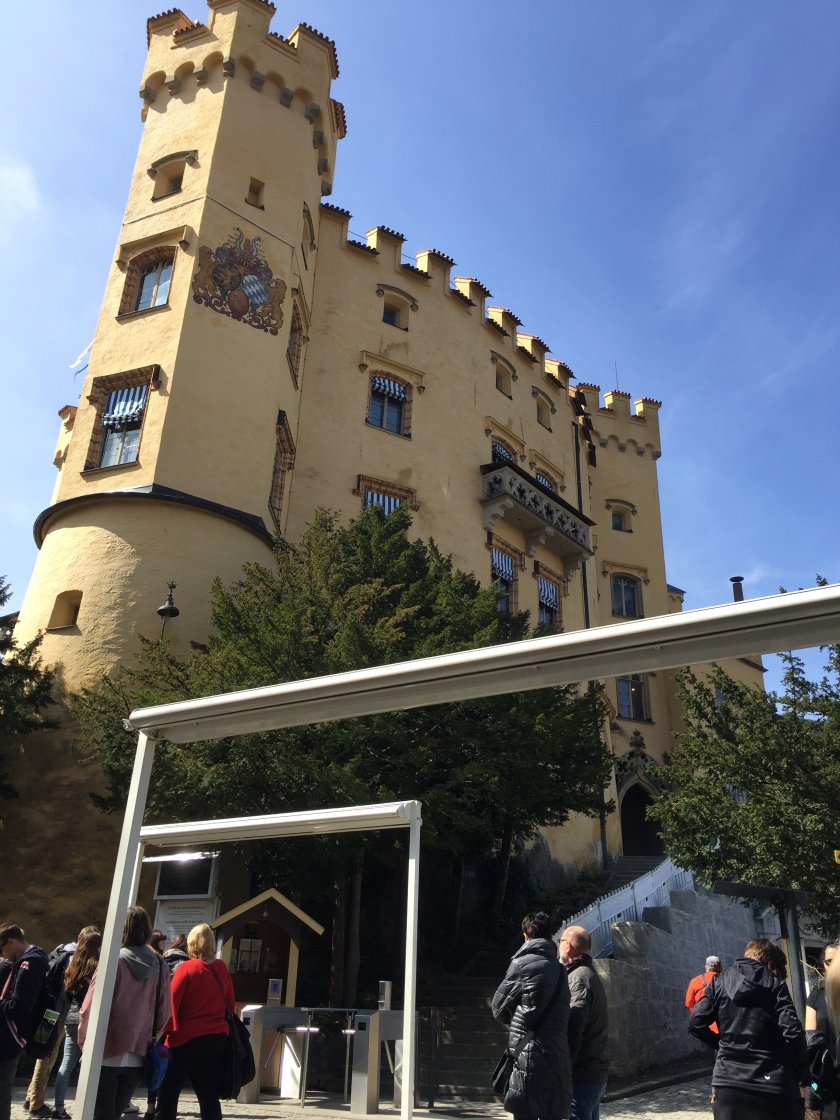 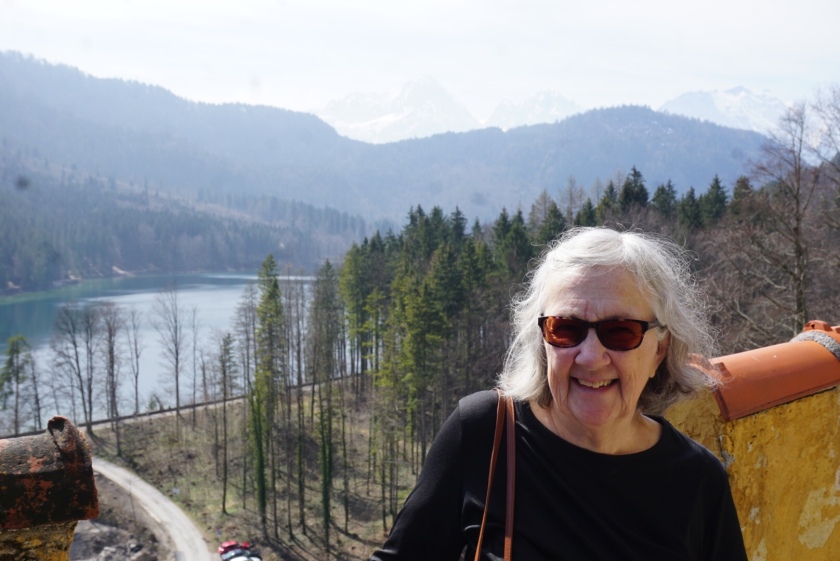 Tonight for dinner we had soup with a liver dumpling and then sausage and potatoes. 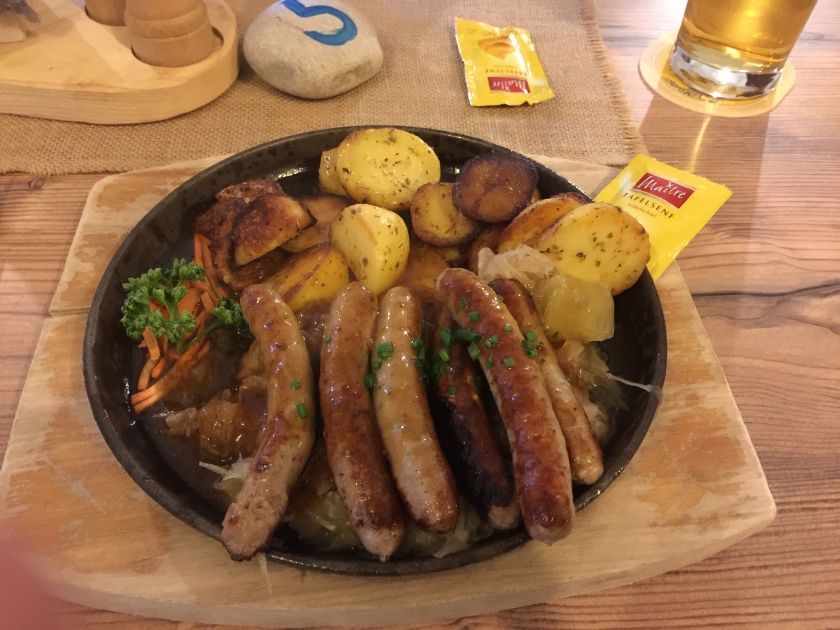