This morning when we walked to the train station in Freiburg it was raining. 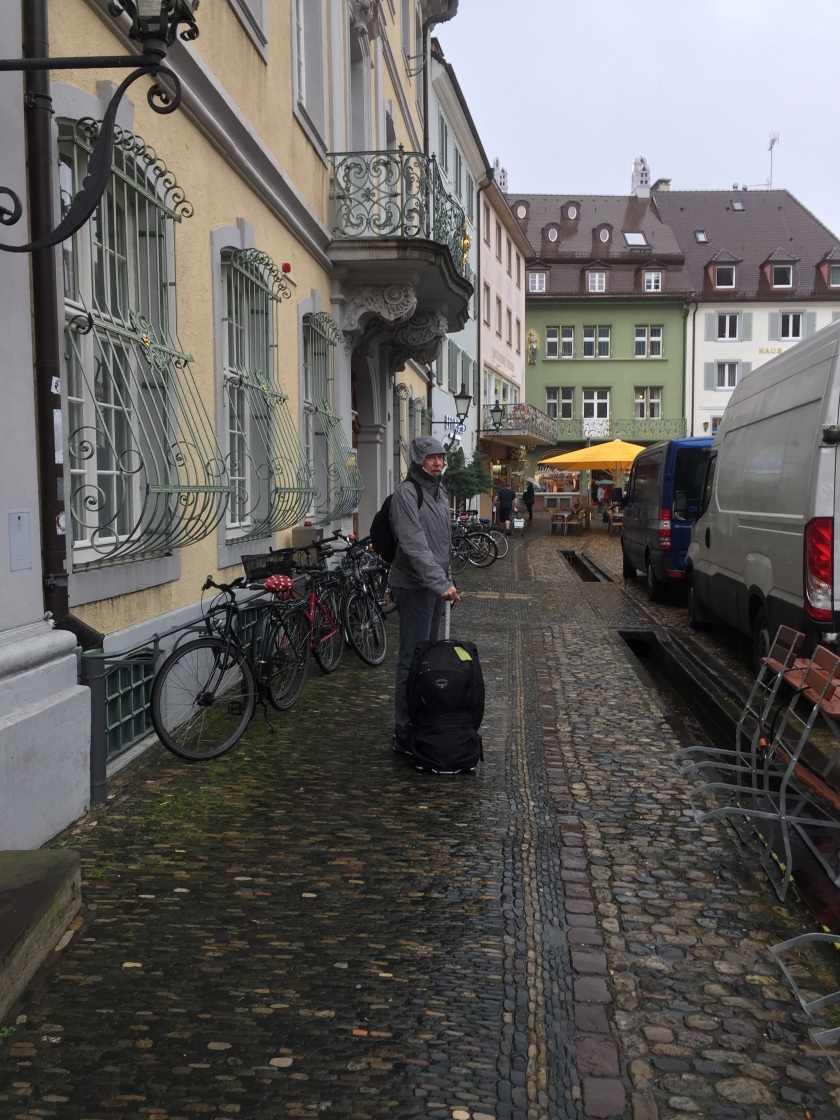 To get to Colmar which is only about 35 miles directly west of Freiburg we had to take the train south to Basel in Switzerland and then go back north to Colmar. 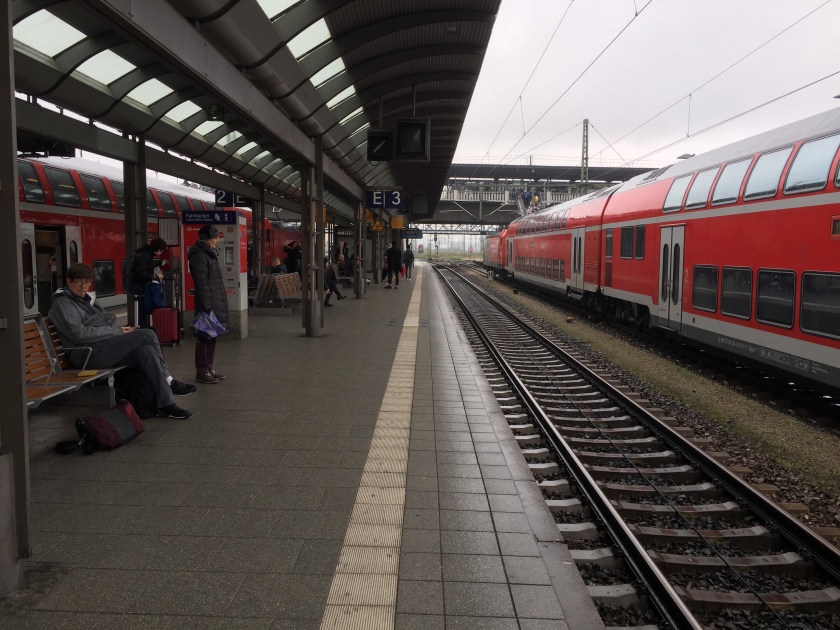 In Colmar we are staying at a wonderful B & B near the train station, Villa Élyane. It is in a lovely old house and we have a big bright room. 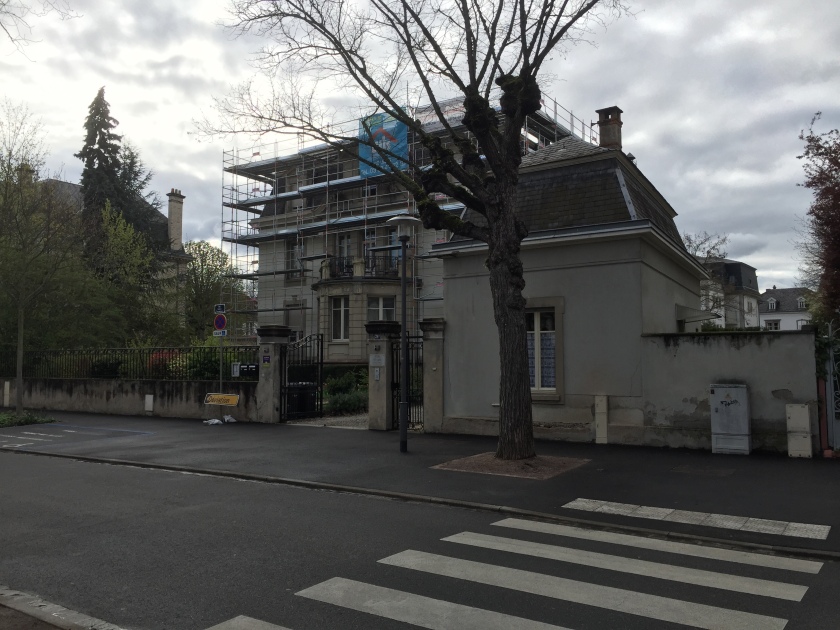 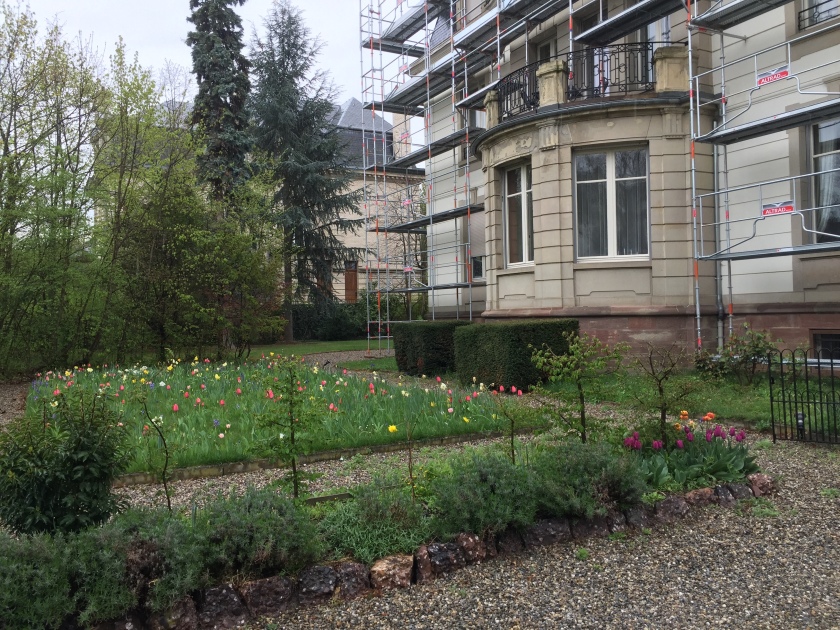 Colmar is in the Alsace region of France. This afternoon we explored. Our host gave us a tourist map and we followed the tourist trail around the old town. Each of forty stopping points on the trail had an informational sign in multiple languages including English. The trail itself was marked with gold triangles set in sidewalk. 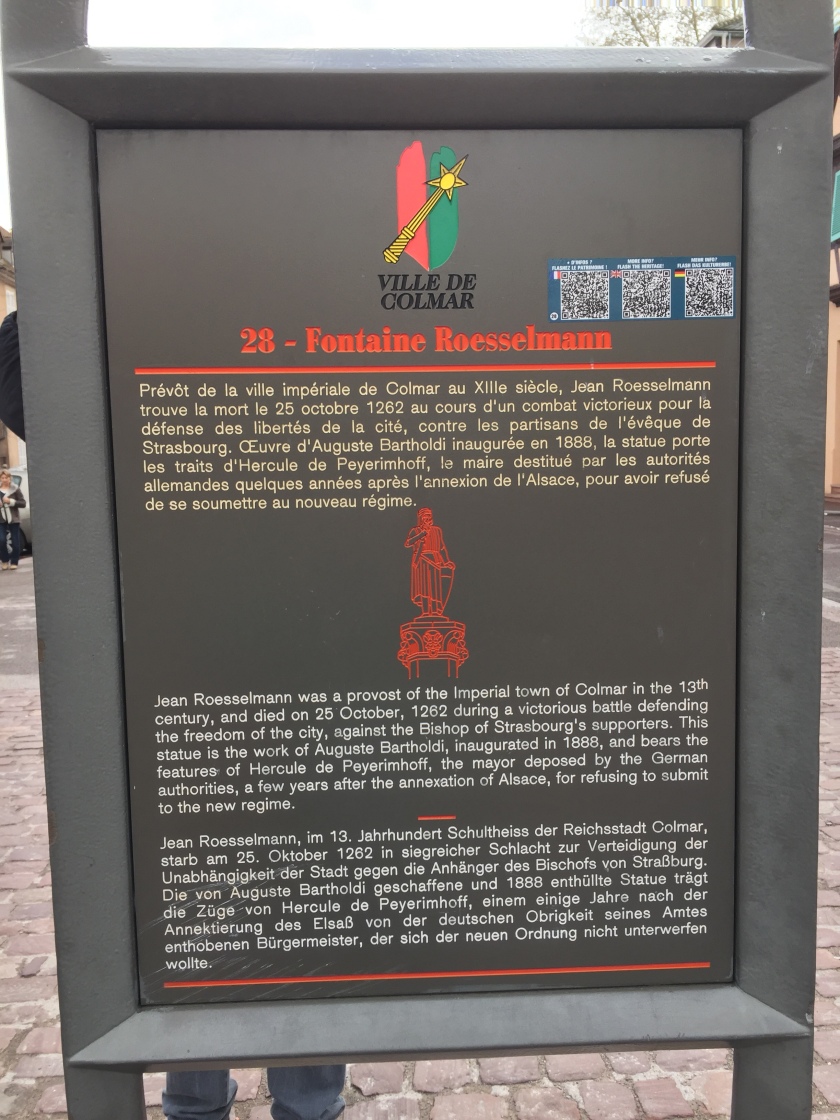 Auguste Bartholdi the sculptor of the Statue of Liberty is from Colmar. We saw a statue of him. 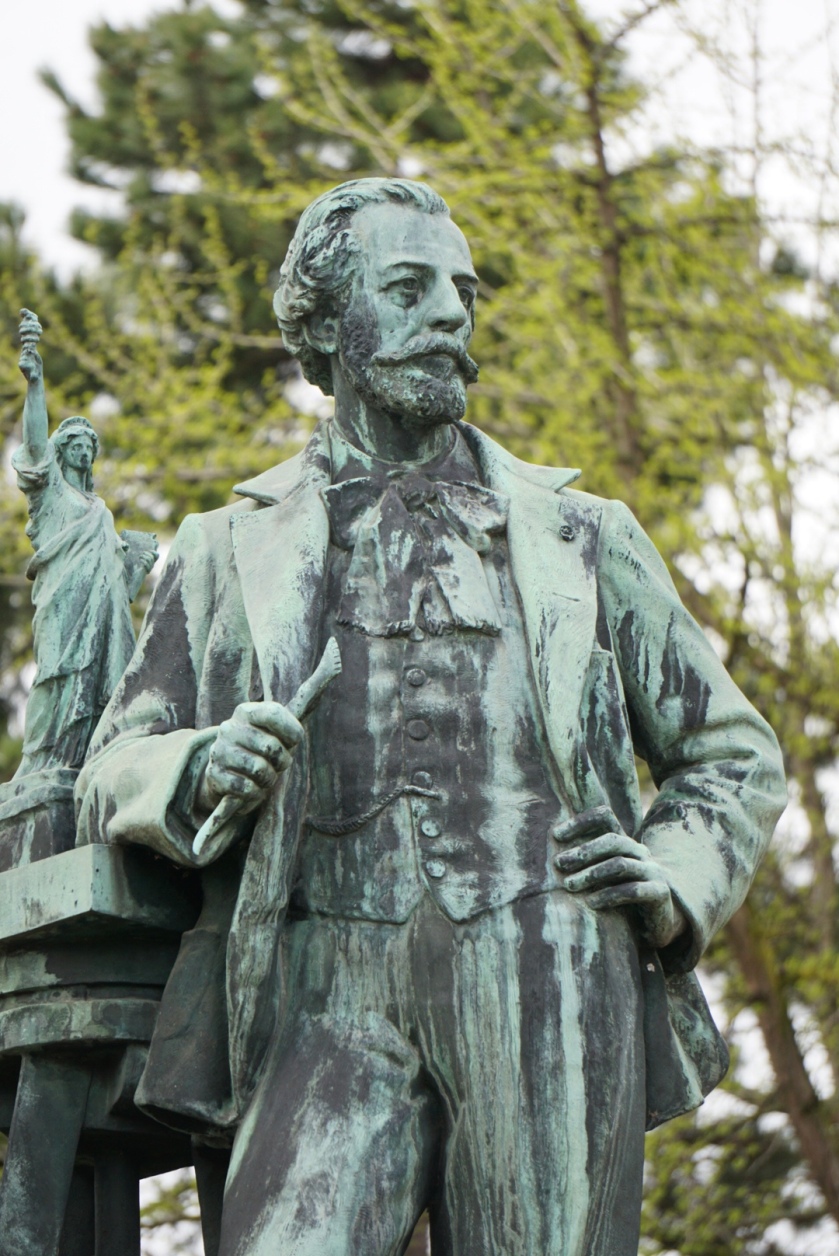 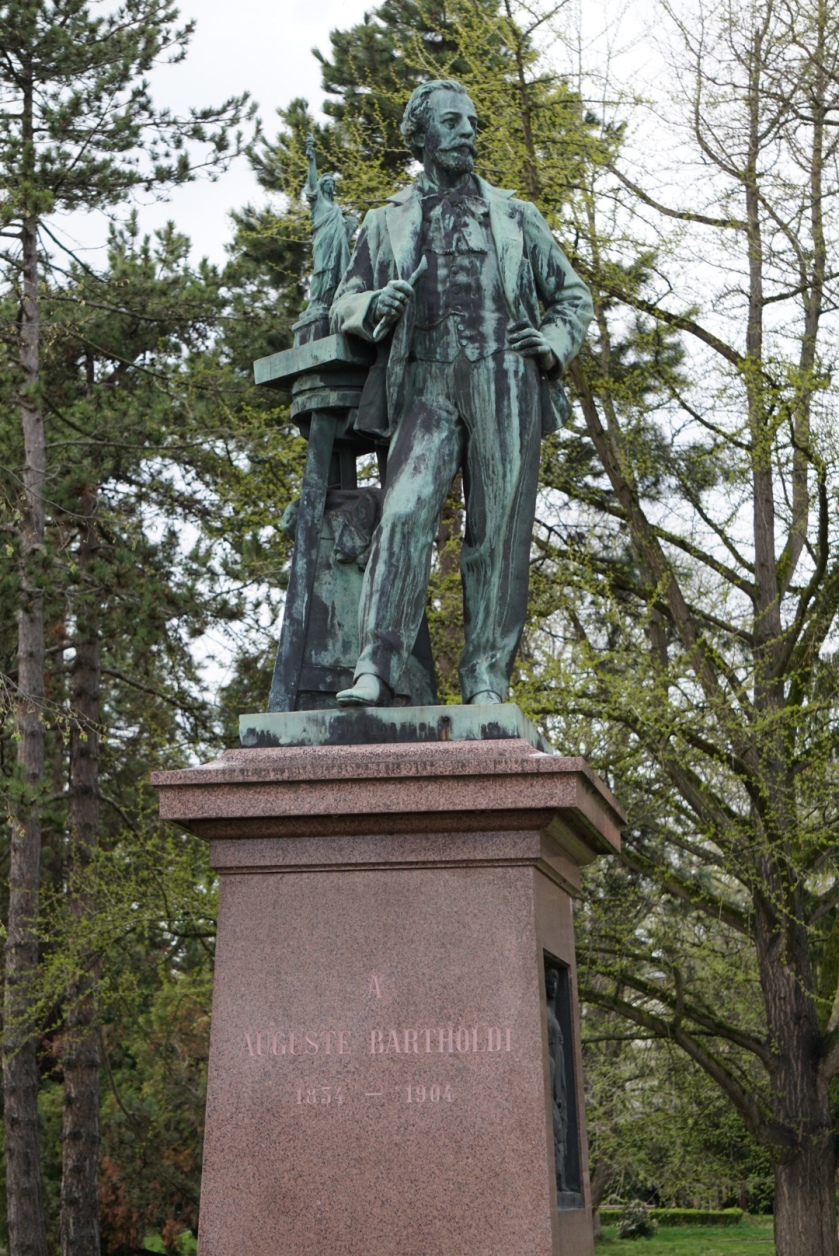 Duke and I each recently read a book about Bartholdi called Liberty’s Torch so it was interesting to see some of his sculptures. 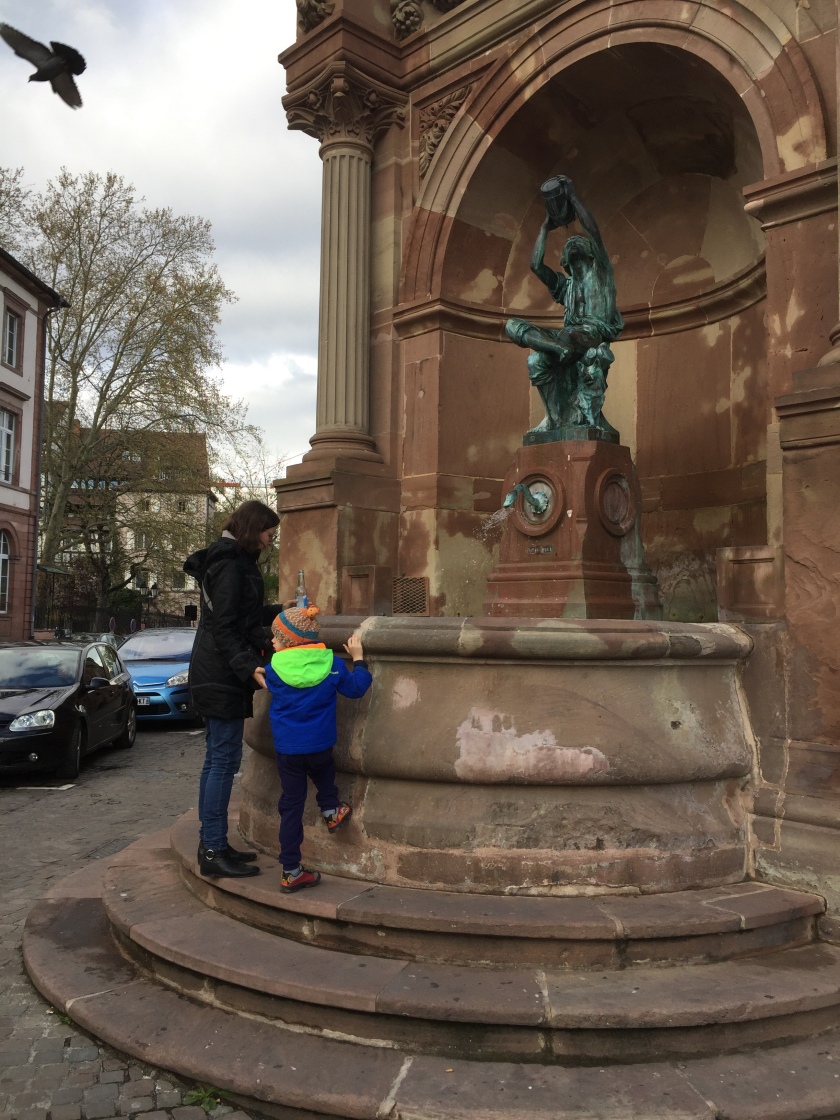 Colmar is full of interesting old streets and houses. 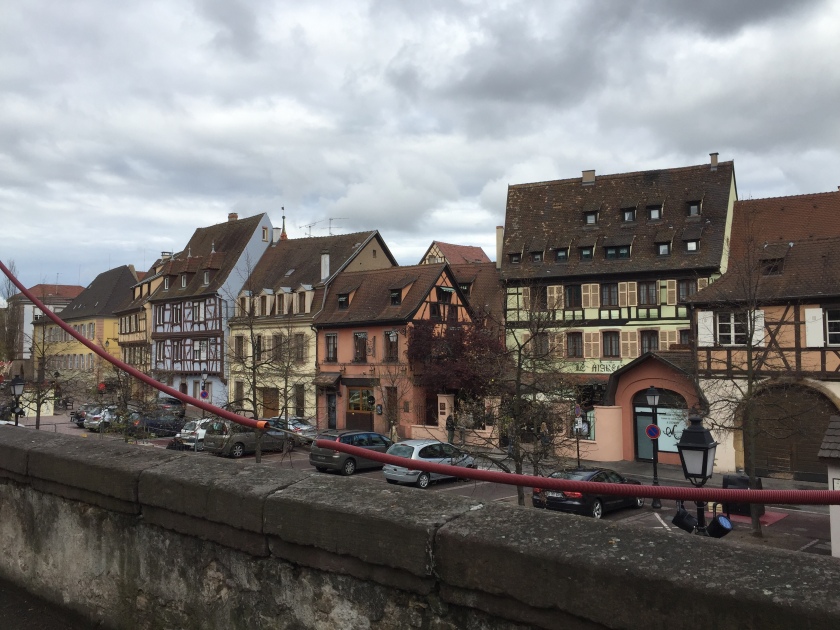 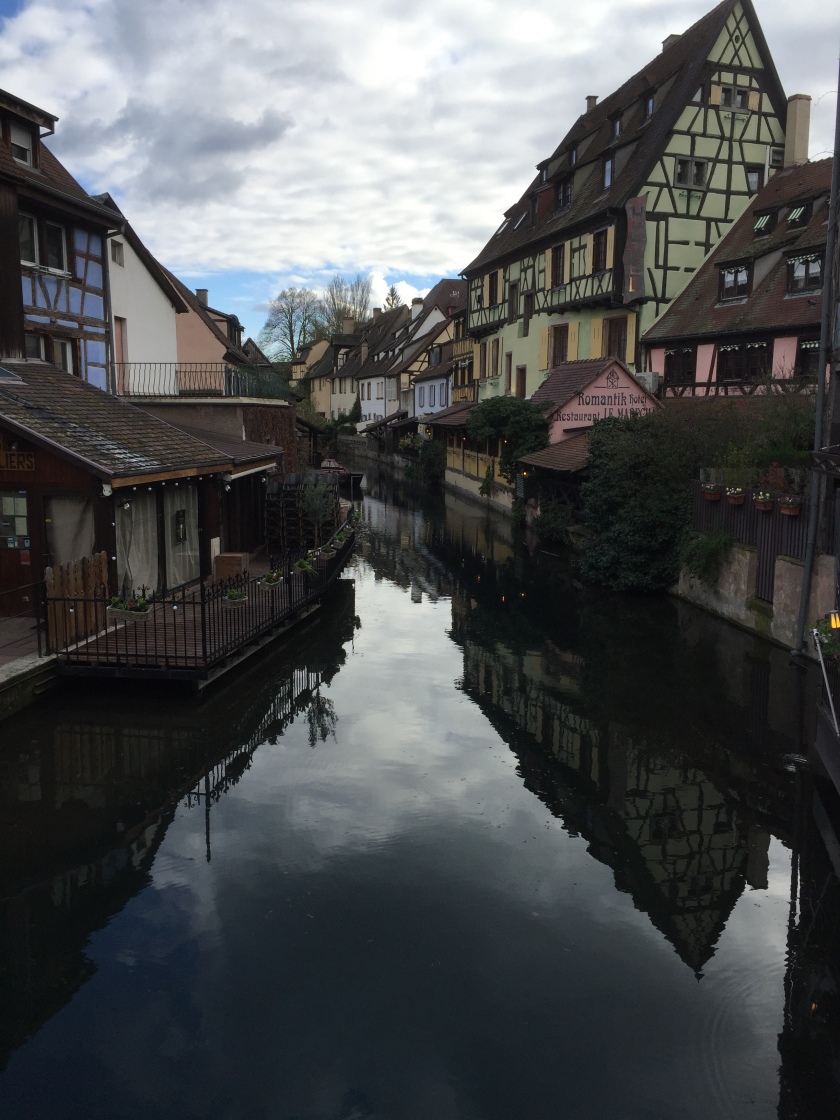 The Colmar Spring Fair is going on right now so we saw pens of animals and lots of stalls selling everything from food to Easter decorations. 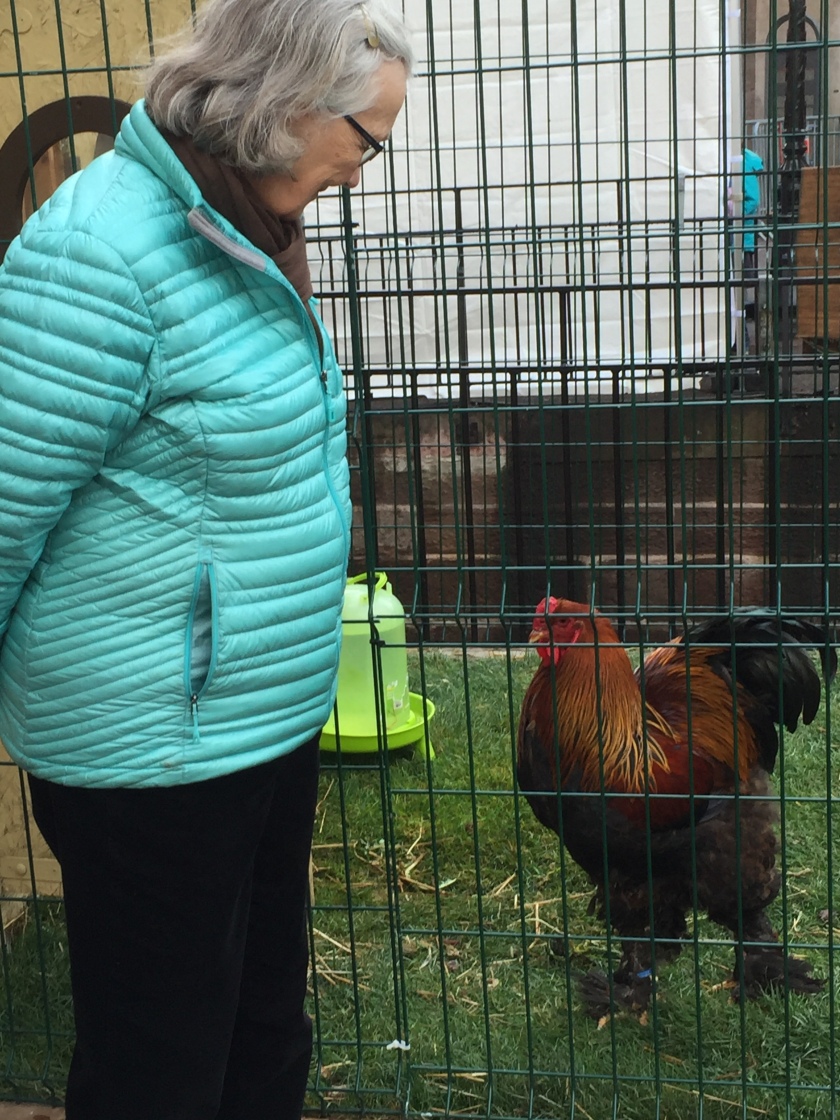 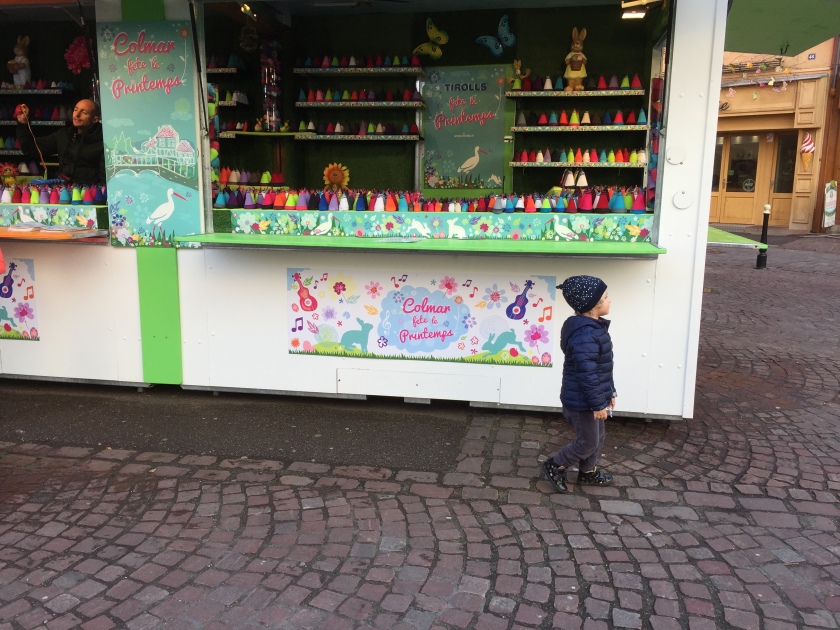 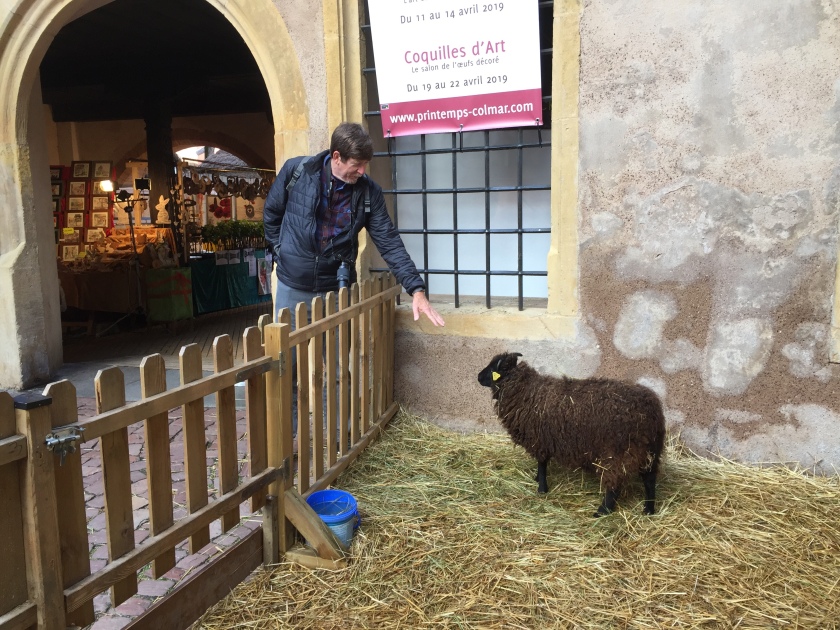 For dinner we ate at Le Fer Rouge. 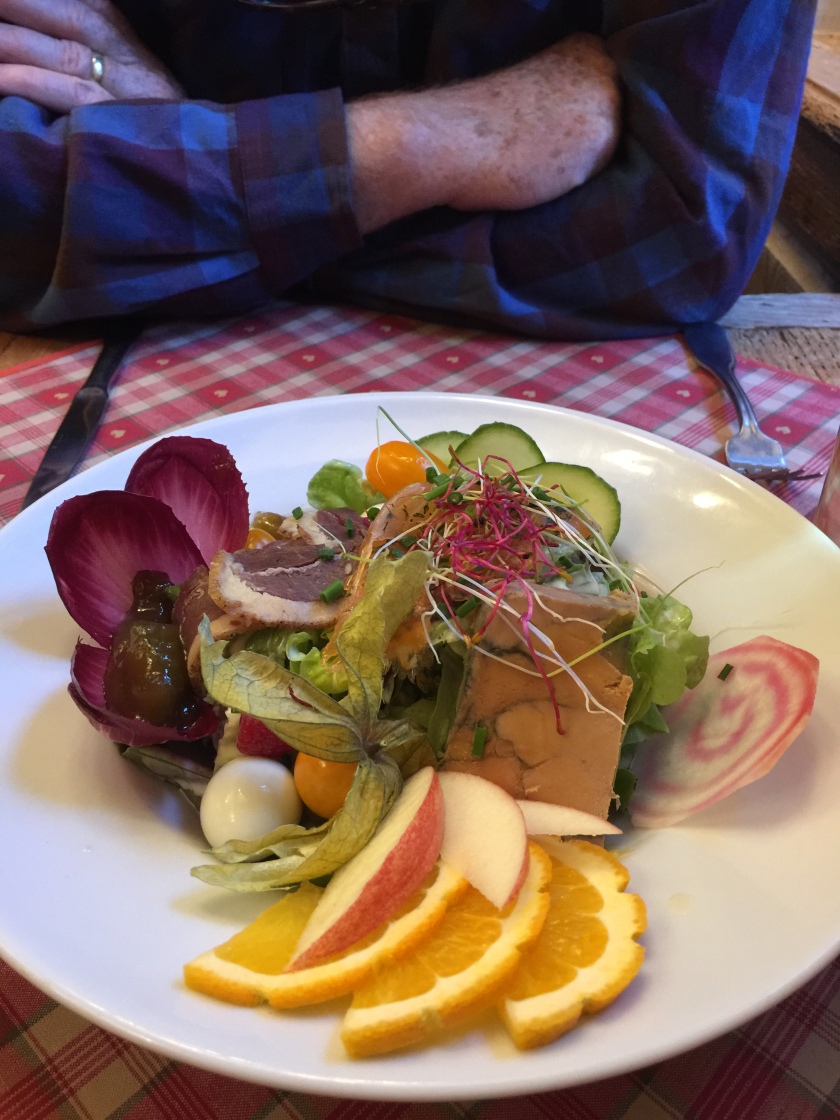 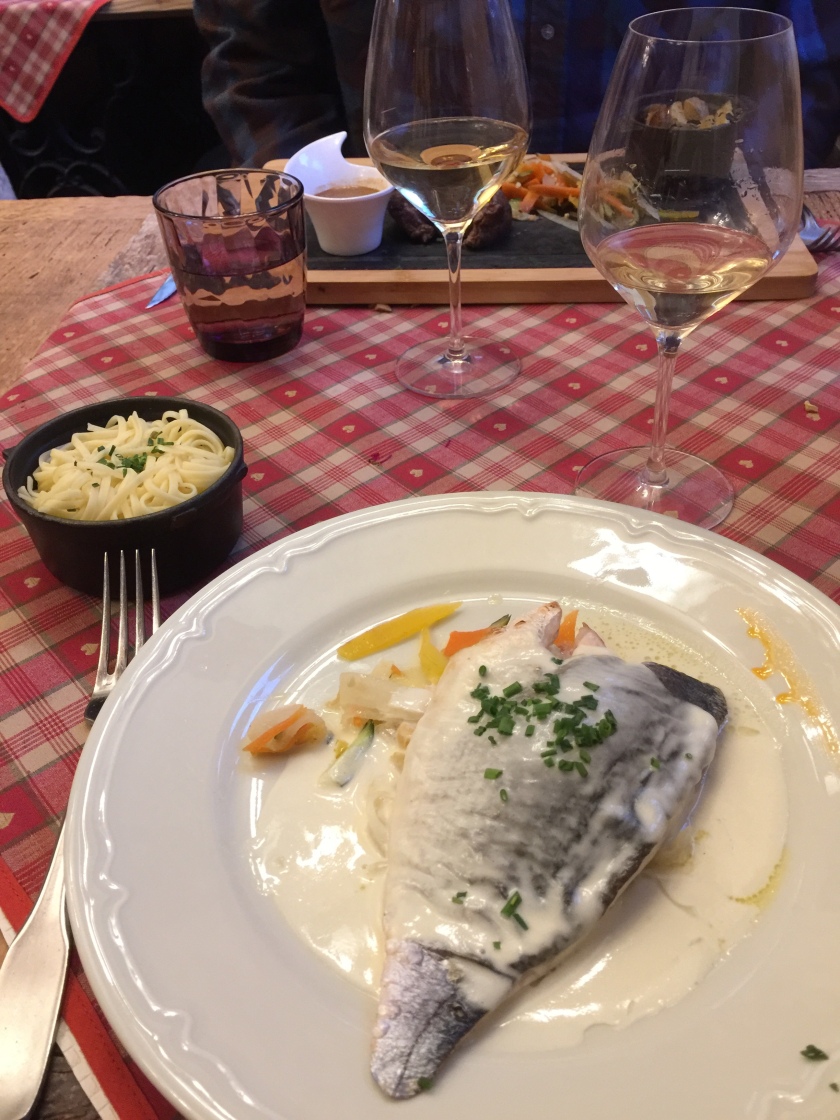 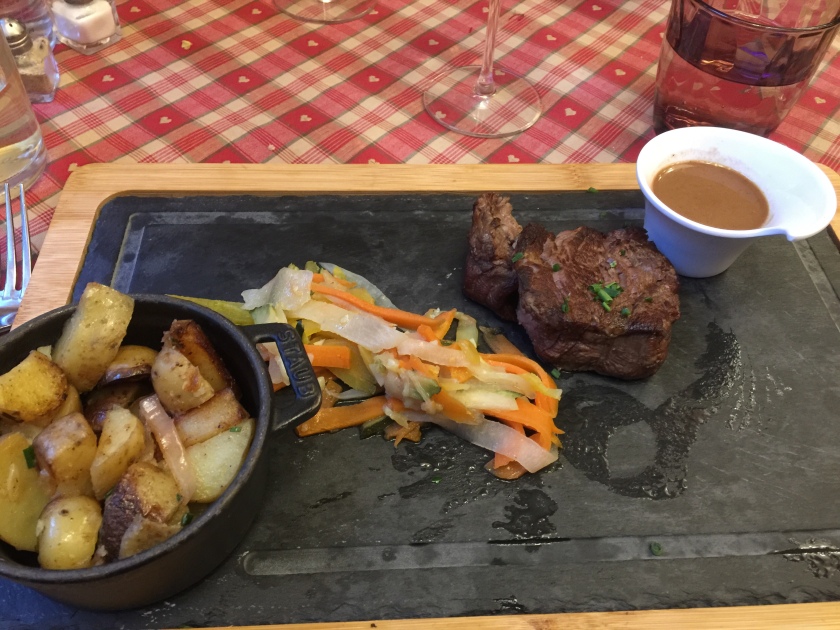