We had a full day today. First we took the Metro into the City Center and took the Hop On Hop Off tour of Christiania.

Next we walked through Christiania Freetown. The settlement was created in the 70s when squatters took over an abandoned military base. Apparently the settlement has been run somewhat separately from the rest of Copenhagen since then. The bus tour narrative said that weed used to be sold freely but isn’t any more. But as we walked down Pusher Street we saw about twenty different guys selling quite openly. The aroma was very strong. As we left the area we saw a van full of police pull up and empty out heading towards the area we had just left. We decided to retrace our route. This time as we walked down Pusher Street their were lots of police and no one selling weed. 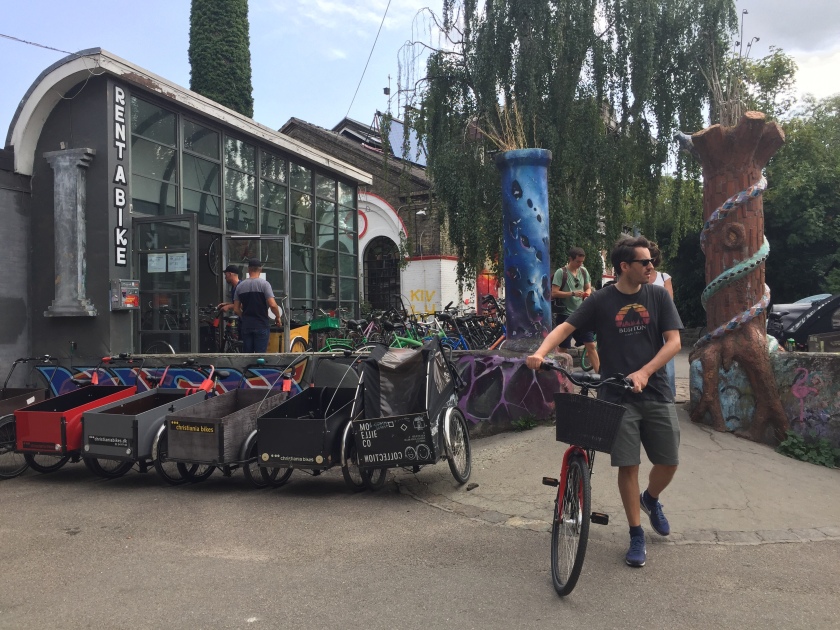 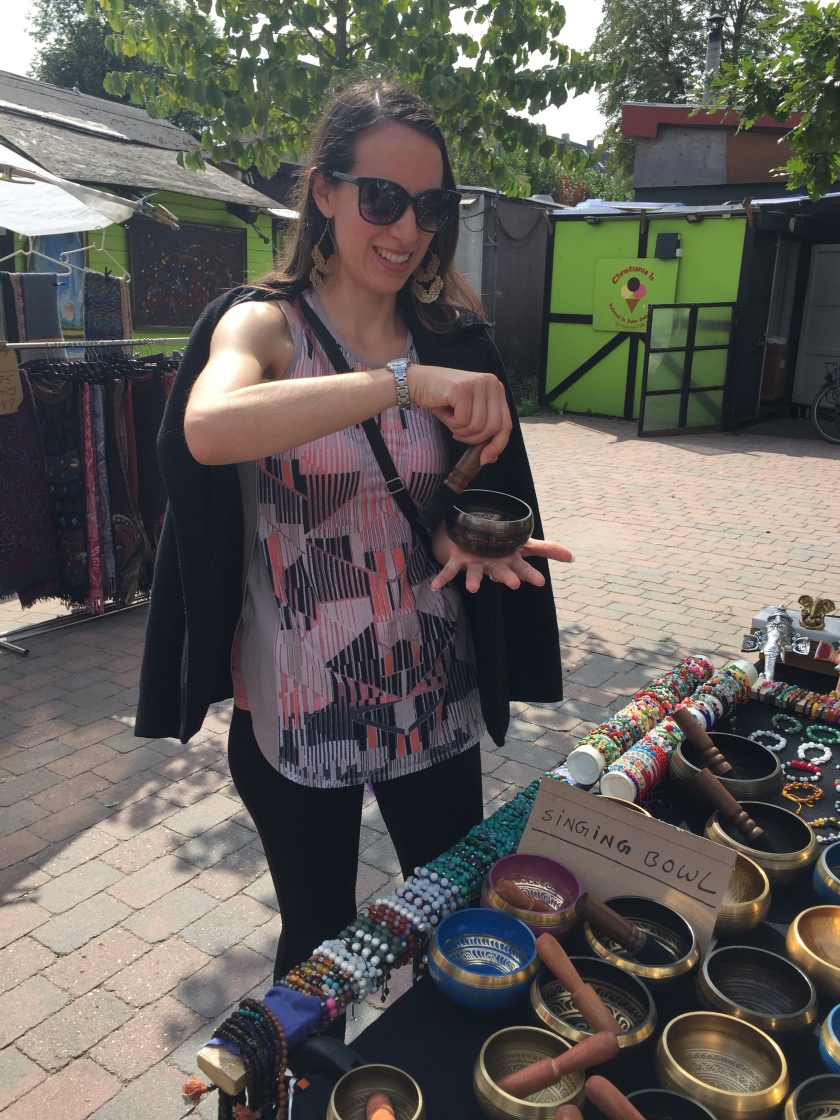 Our next stop was Our Savior’s Church. Duke and Valerie climbed to the top. Duke said the steps at the very top were so narrow that he wouldn’t fit. 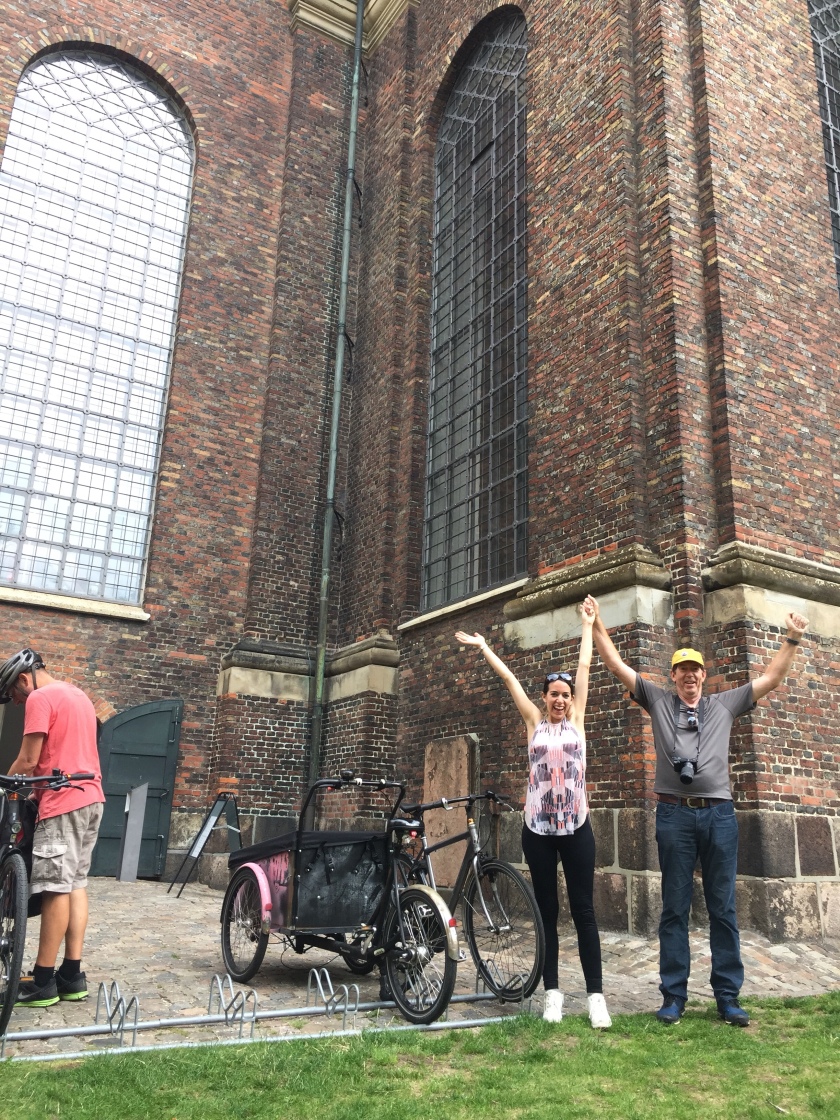 We stopped far a coffee break. Right after we got our drinks it started to rain so we went inside. 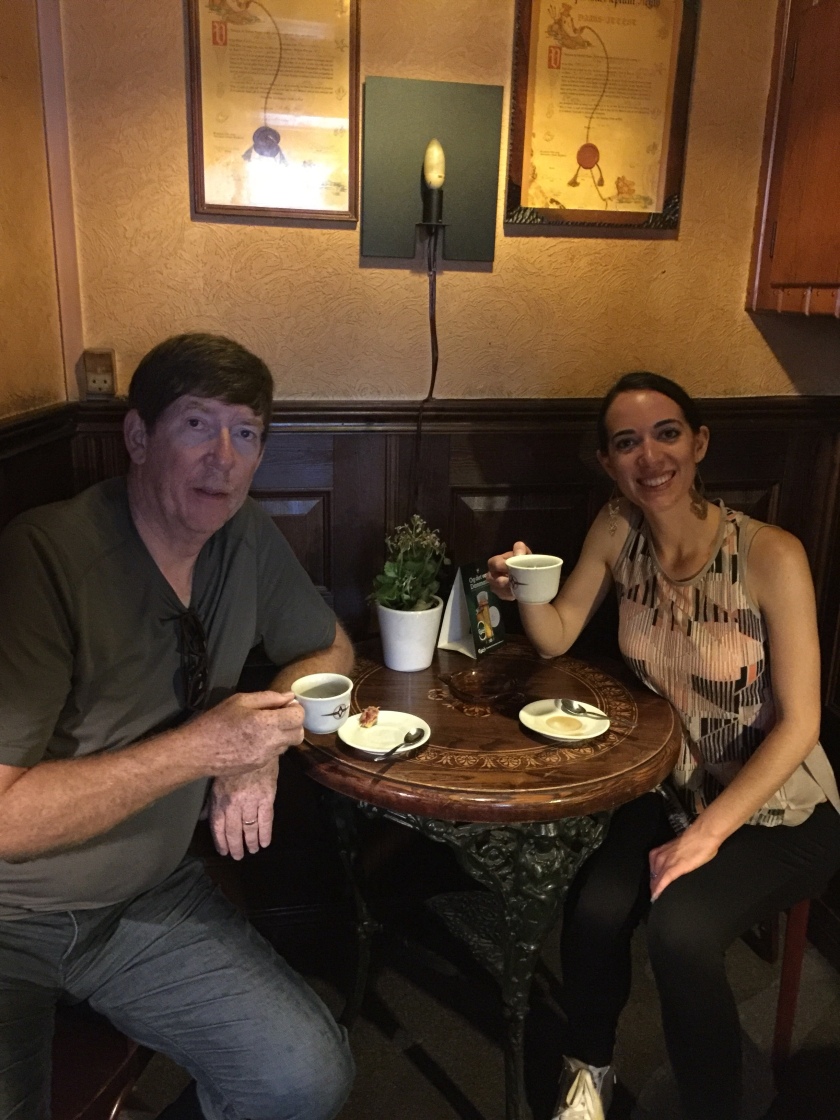 Our last sightseeing stop was the Danish National Museum. The history and relics starting from the Stone Ages up to a the present were fascinating. 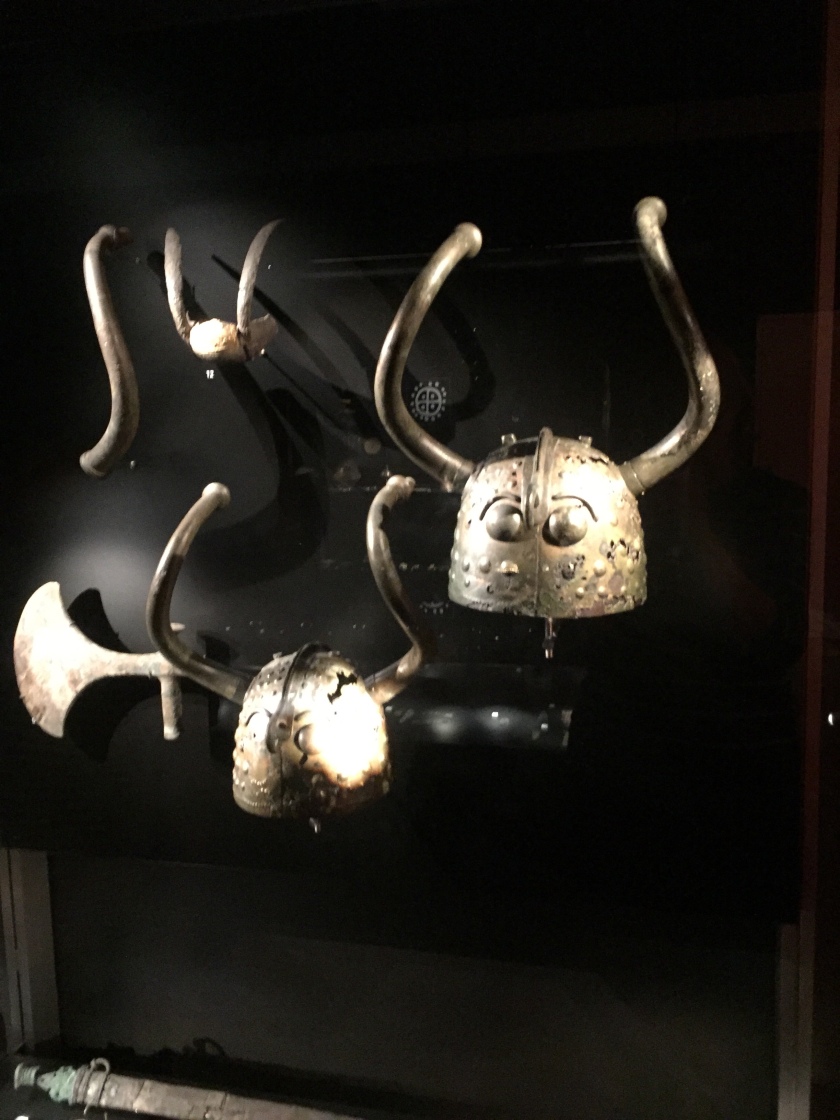 Finally we ate a great restaurant, P Eatery. Our last dinner with Valerie and Vicky,who fly home tomorrow, was special. 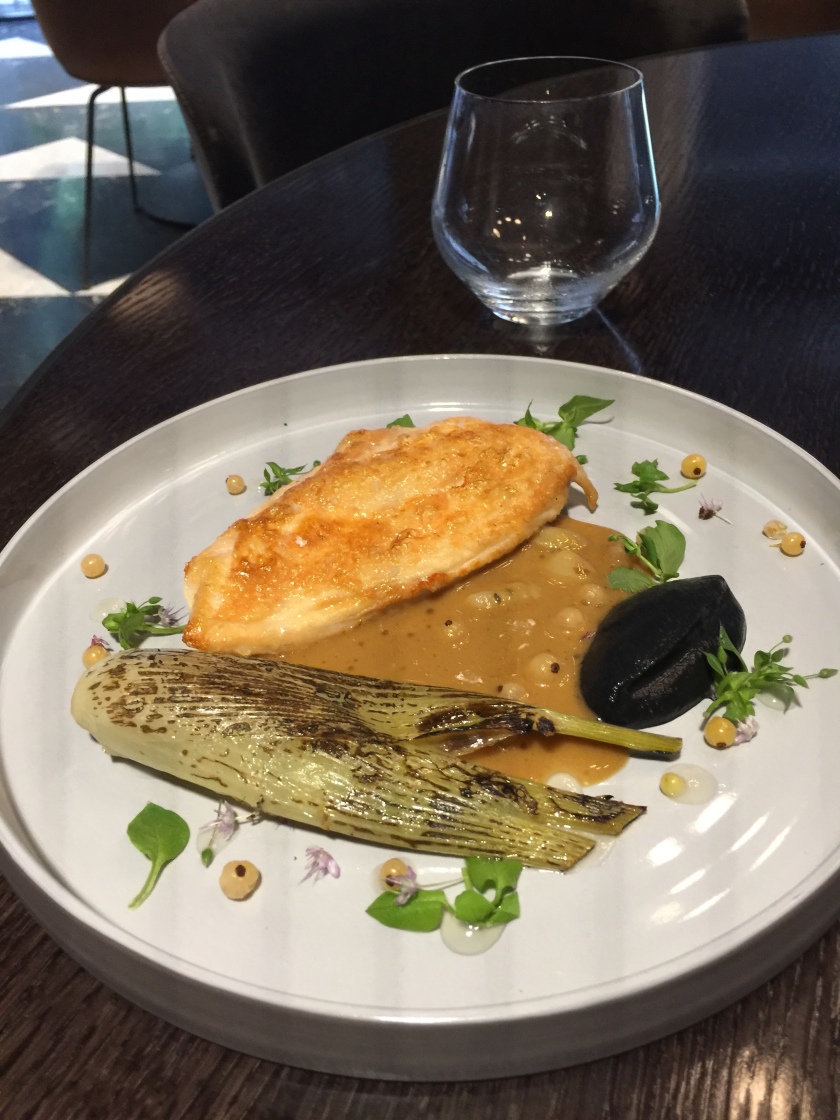