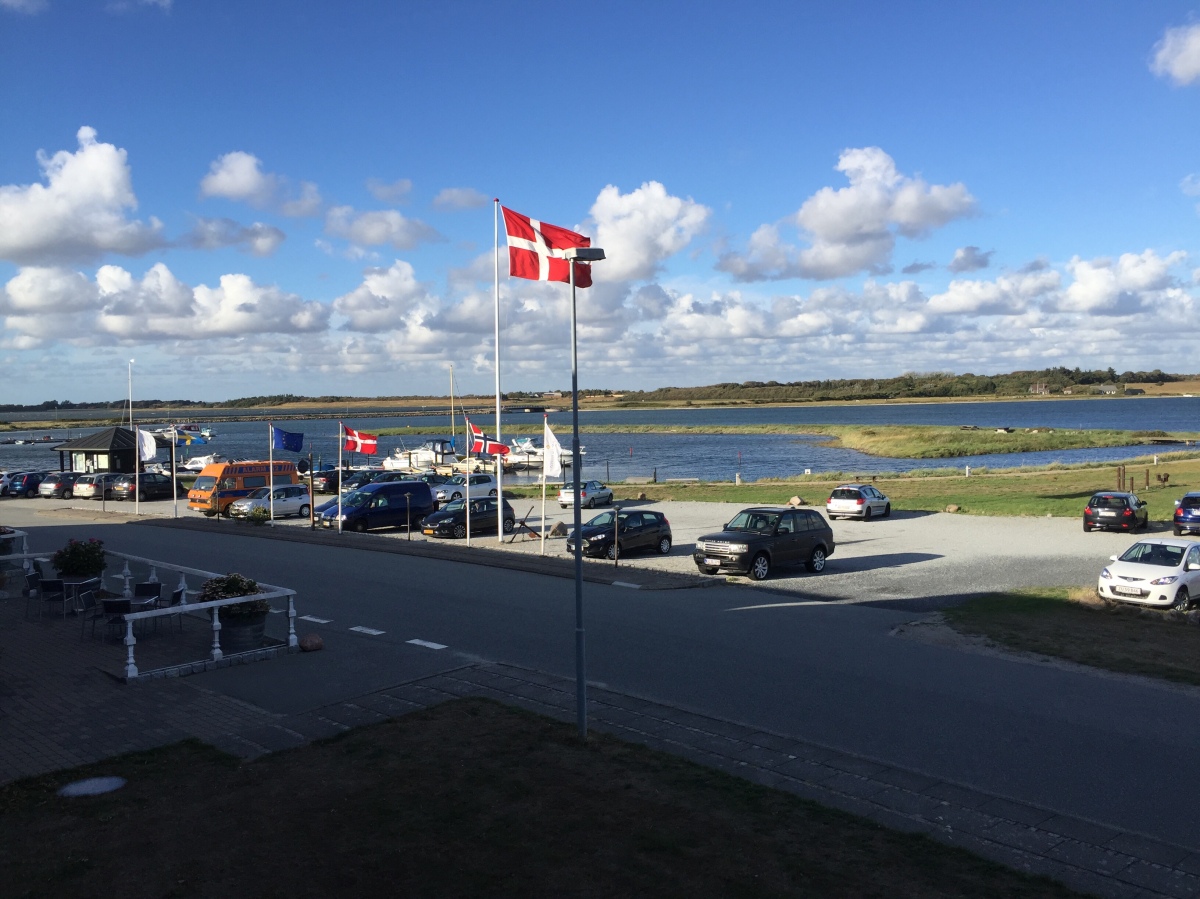 When we left Fredericia we headed northwest to the North Sea coast of Jutland. Going directly it would have taken us a couple of hours but we took back roads and took about six hours. It was a beautiful drive.

We learned a bit of trivia today that totally surprised me. The Bluetooth we have on our phones is named after a tenth century King of Denmark, Harald Bluetooth who is known for having unified warring tribes of Denmark and Norway. Who knew!?

Not long after leaving Fredericia we stopped at Jelling. According to our guidebook the town is the birthplace of the country of Denmark. It was the Royal seat of King Gorm the Old and his son Harald Bluetooth. They were the first in a long line of Danish monarchs that still continues today.

We visited the Jelling Kirk built around 1100 and saw the two rune stones erected by King Gorm and his son. On either side of the church are two big burial mounds. Back when it was a Viking settlement it was surrounded by a huge palisade. 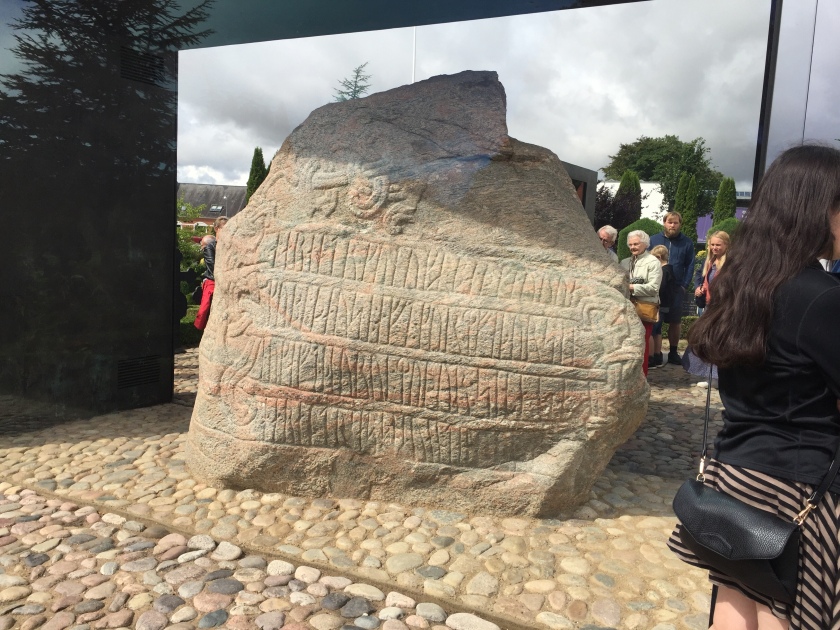 The museum across the street from the church gave an excellent summary of Viking history and the archaeology of the area.

We spent the night in a wonderful small hotel on Thyholm island. There was a wedding party going on when we arrived. 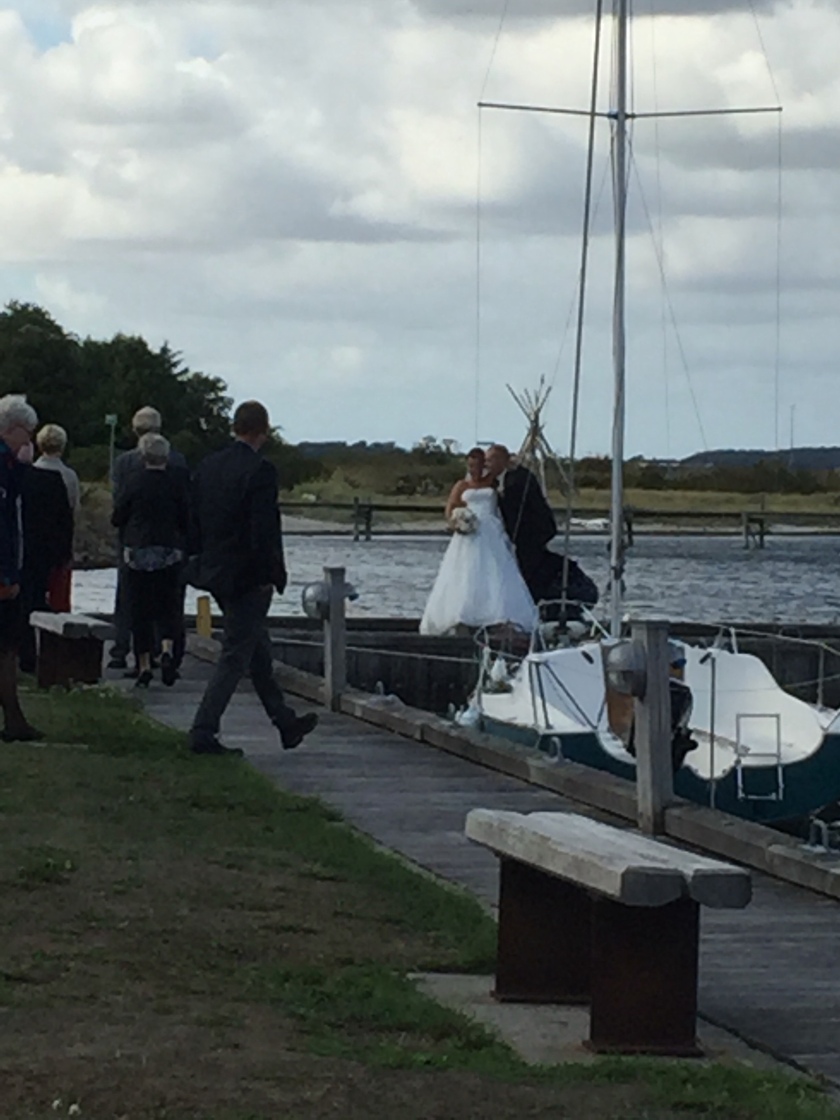 The area and the hotel reminded me of the Northern California coast. After dinner we had a lovely walk along the water. 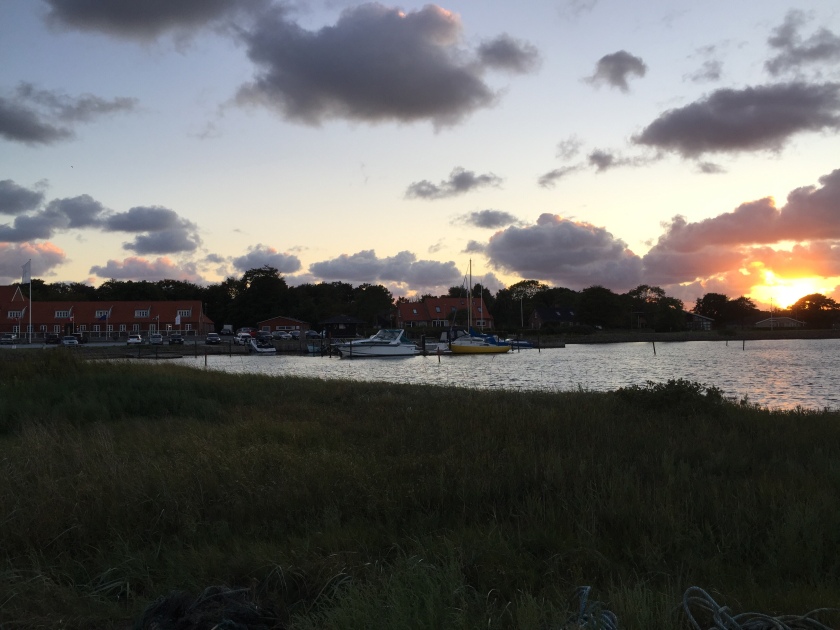