This morning we set the alarm and got up early. The Panama Canal Railway only has one passenger train going each way per day and we wanted to catch the 7:15 north bound train.

The train ride only took a little over an hour to get to the town of Colon on the Caribbean side of Panama but it was a fascinating ride. We saw lots of impenetrable jungle. We saw several ships transiting the canal. And we saw Gatun Lake which was created when the canal builders dammed the Chagres River. It was fascinating. 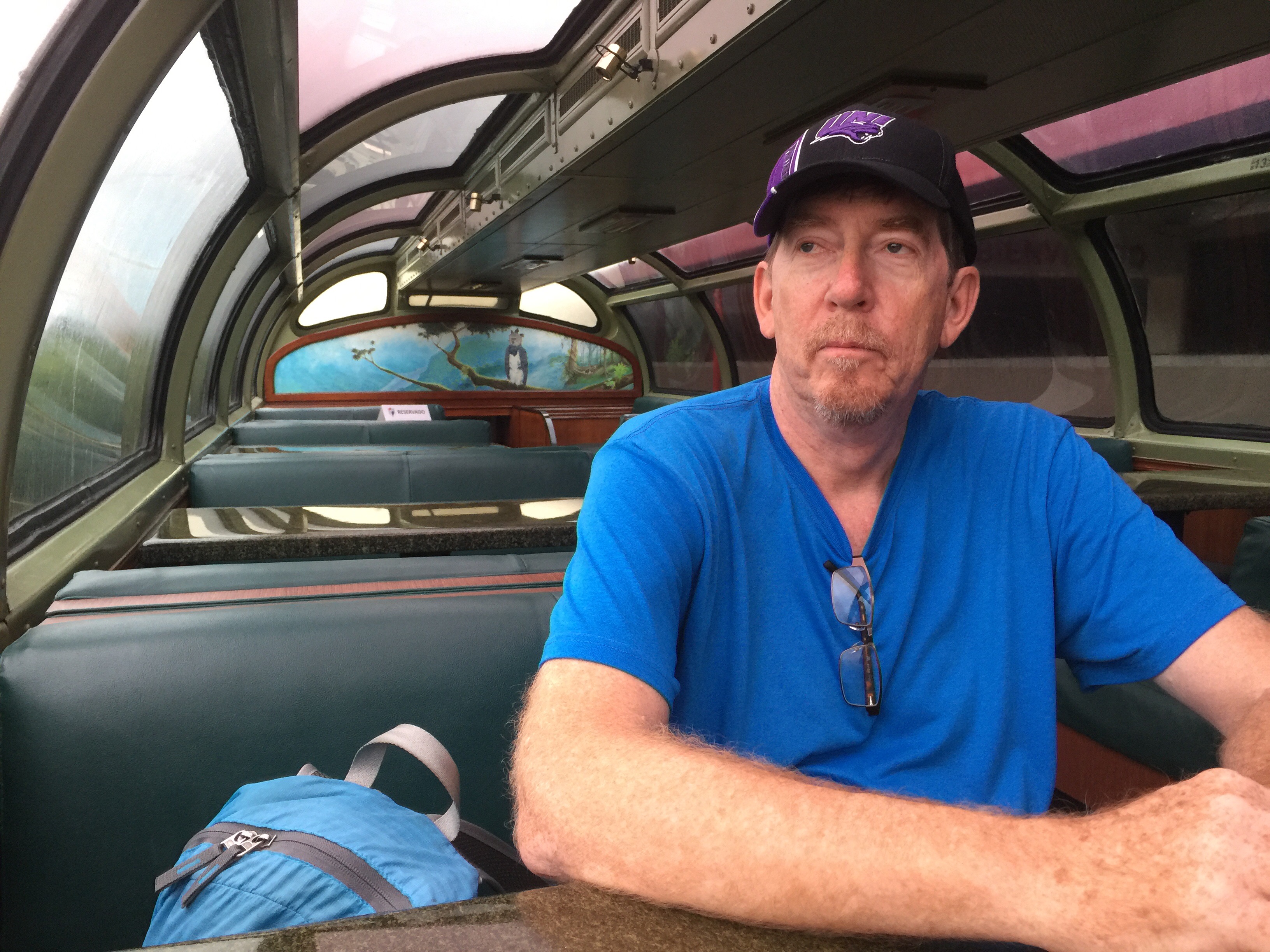 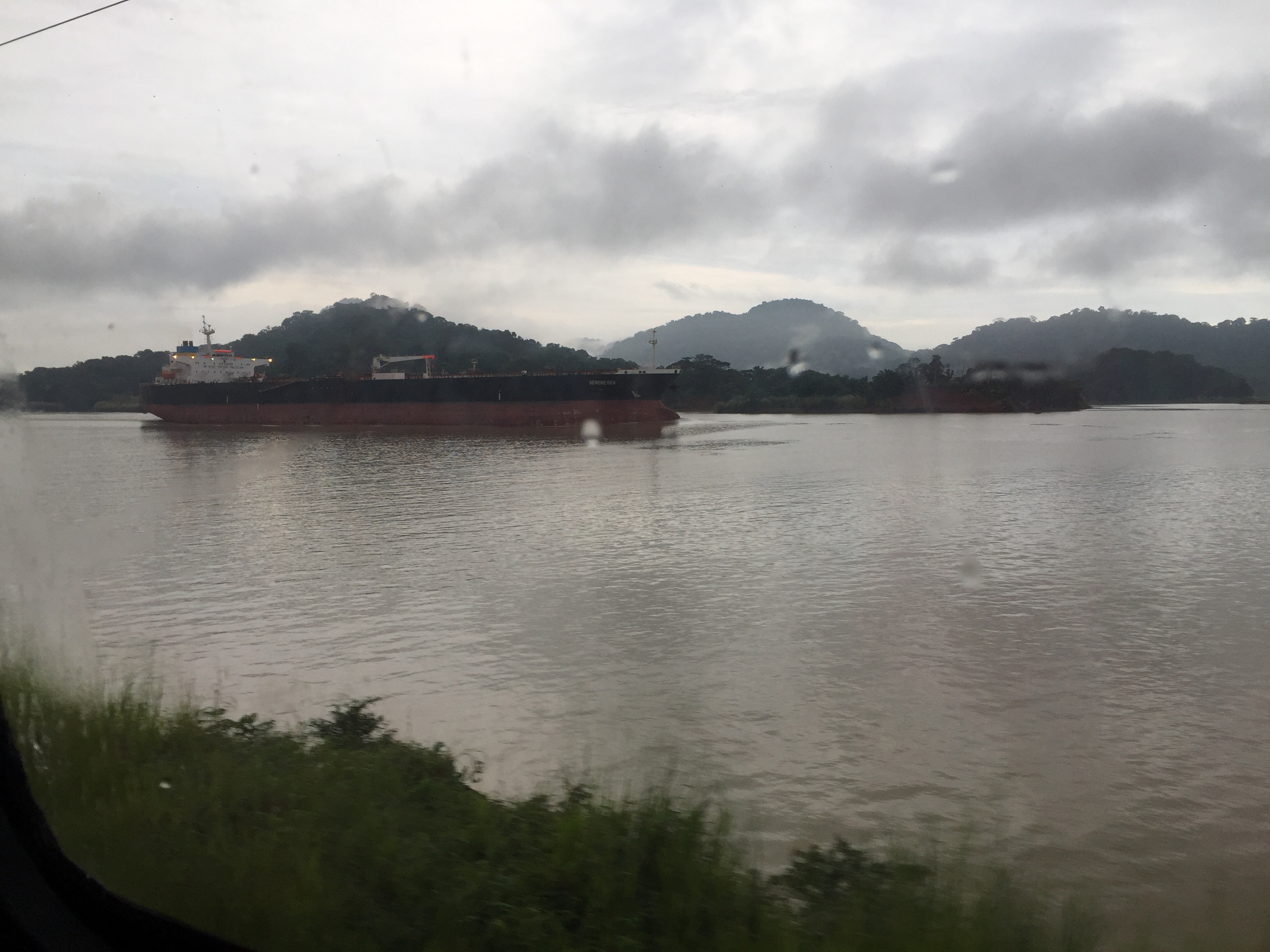 In Colon we took a taxi to the visitor center at the new locks. The new locks are massive. They are 180 feet wide as compared to 110 feet wide for the old locks. And they have rolling gates that slide in and out of a cut in the wall. We got to watch a big liquid natural gas carrier go through the first lock.

From Colon we took a bus back to Panama City. The whole time we were on the Caribbean side it was raining but when we got back to Panama City it was overcast but not raining We have been told that this is typical of Panama weather. 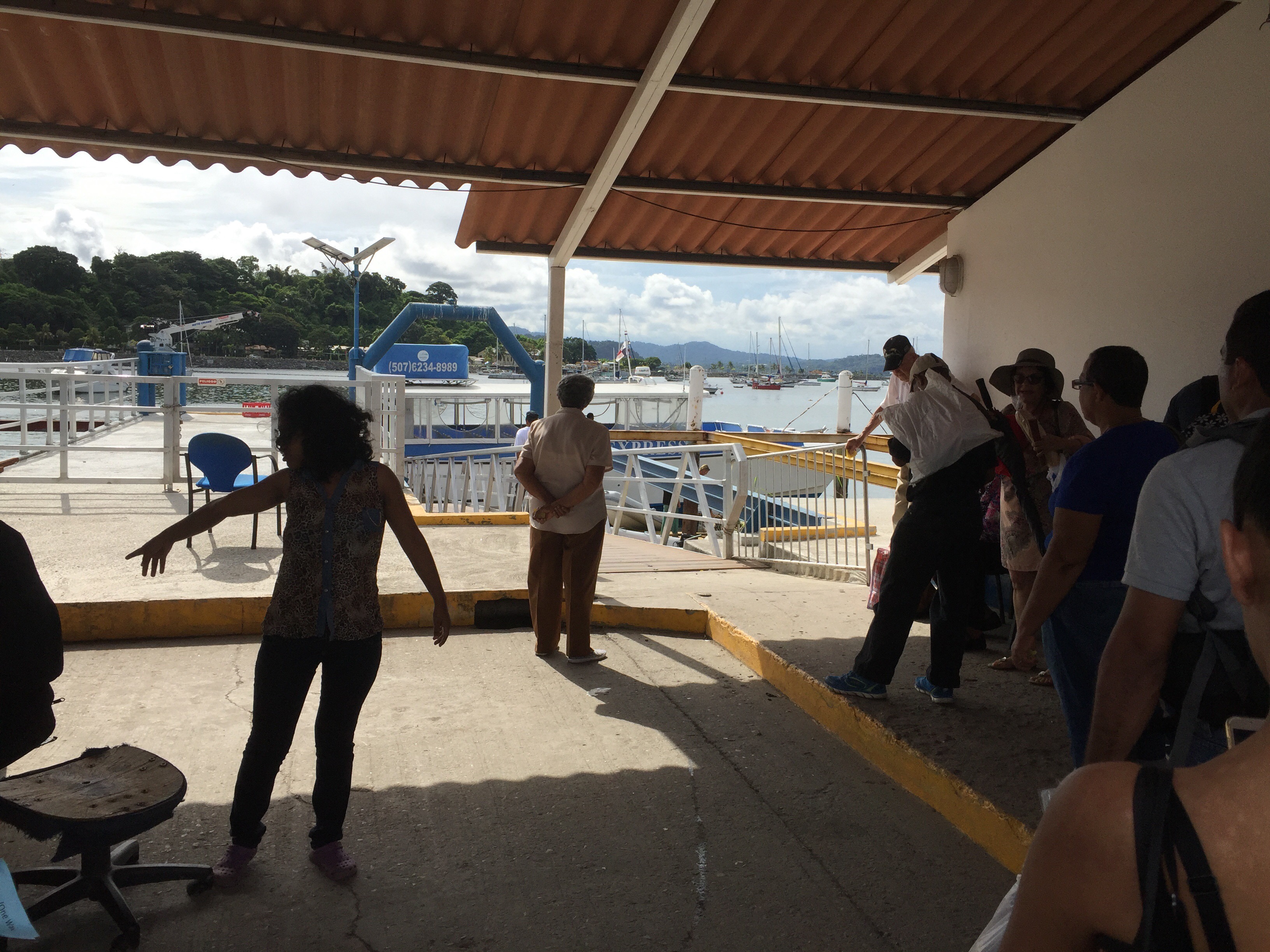 Tonight we are in an idyllic spot overlooking the bay and watching all the ships waiting to go through the canal. The Island has only a few residents and is very quiet. We are sitting on our deck overlooking the harbor it is pleasantly warm and humid and very peaceful. 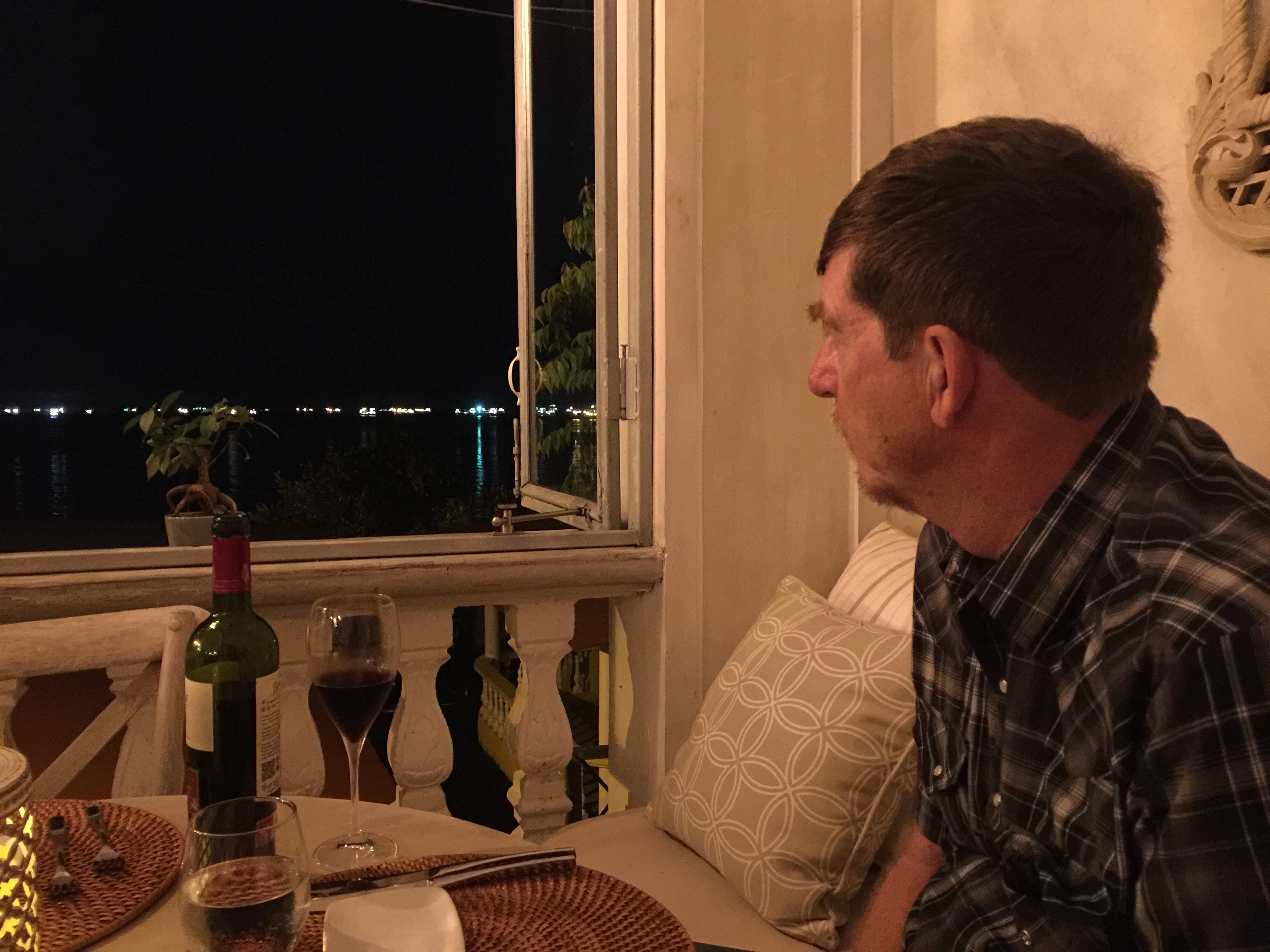 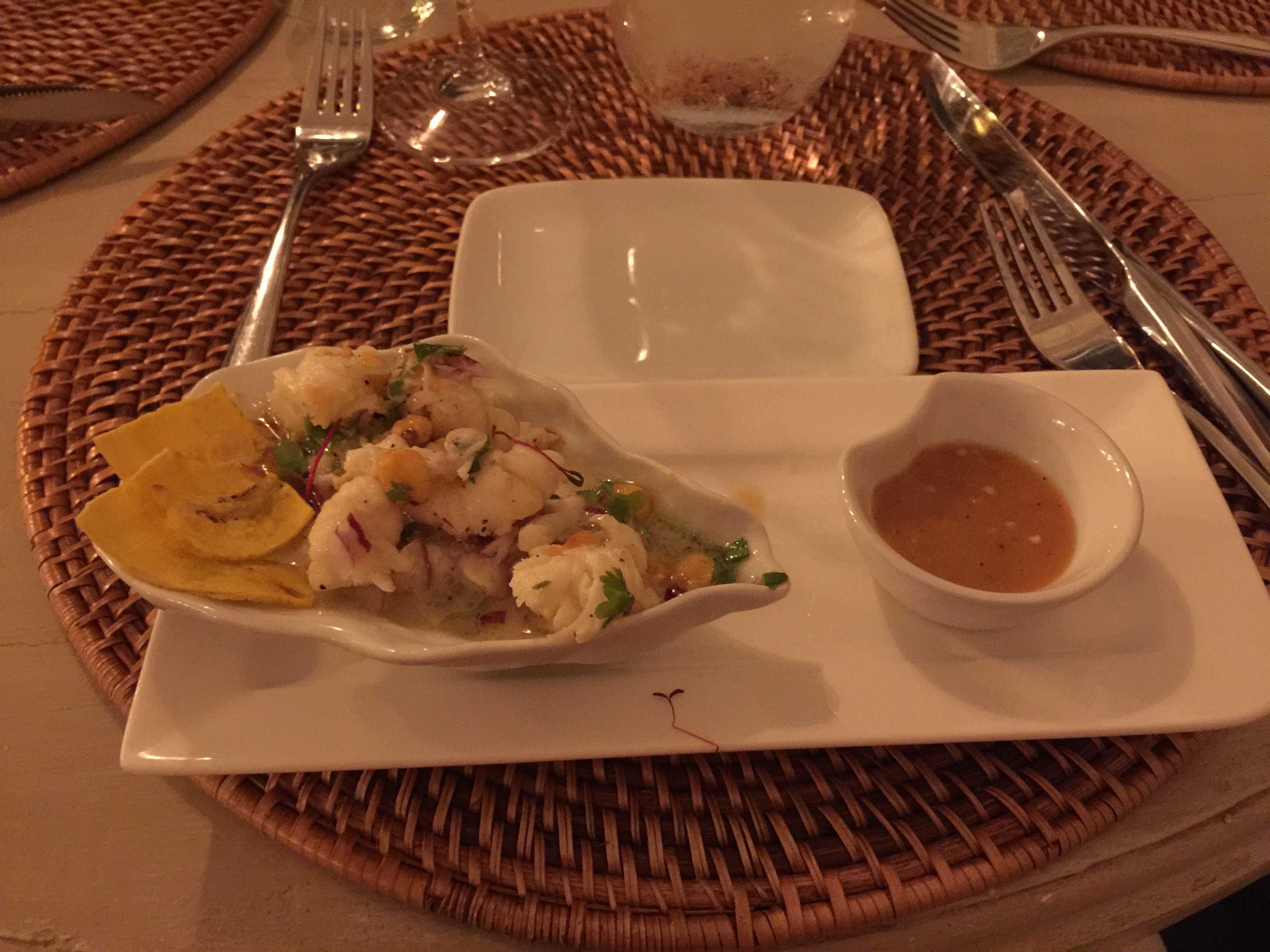