When I travel and use hotel showers I often daydream about creating a hotel shower rating system. You know, showers would get points for basic things like hot water, water temperature that doesn’t fluctuate and shower cleanliness. There would be bonus points for things like a heated towel rack and big fluffy towels. I don’t like tub shower combinations so a walk in shower definitely gets point. You get the idea.

The shower in our room here at Villa Élyane in Colmar is perfect! It is one of the only 10’s I have ever rated a hotel shower. Big, bright, five shower heads, heated towel rack. Perfection!

It rained all day today so it’s a good thing that we have good raincoats and that today we visited museums.

First we went to the Unterlinden Museum. It’s a well laid out museum partly built in a former cloister. 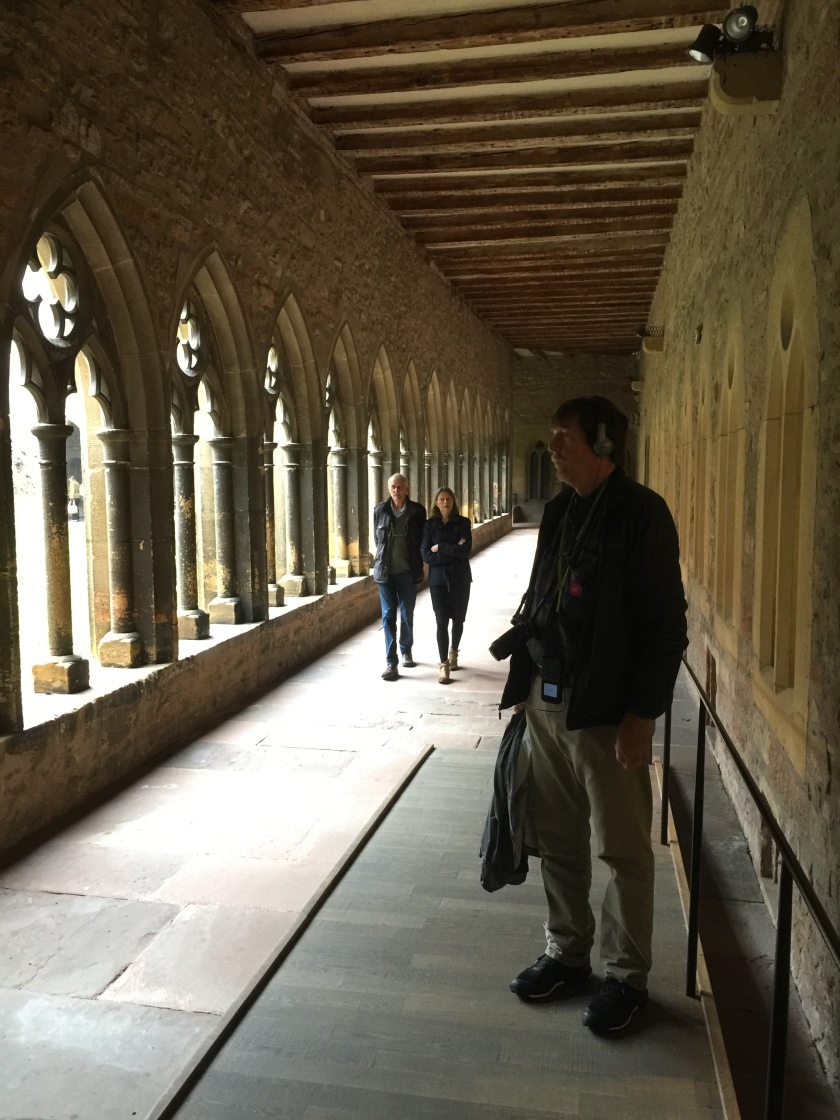 The exhibits range from prehistoric to Roman to medieval to modern. They have part of an intricate Roman mosaic floor found nearby, 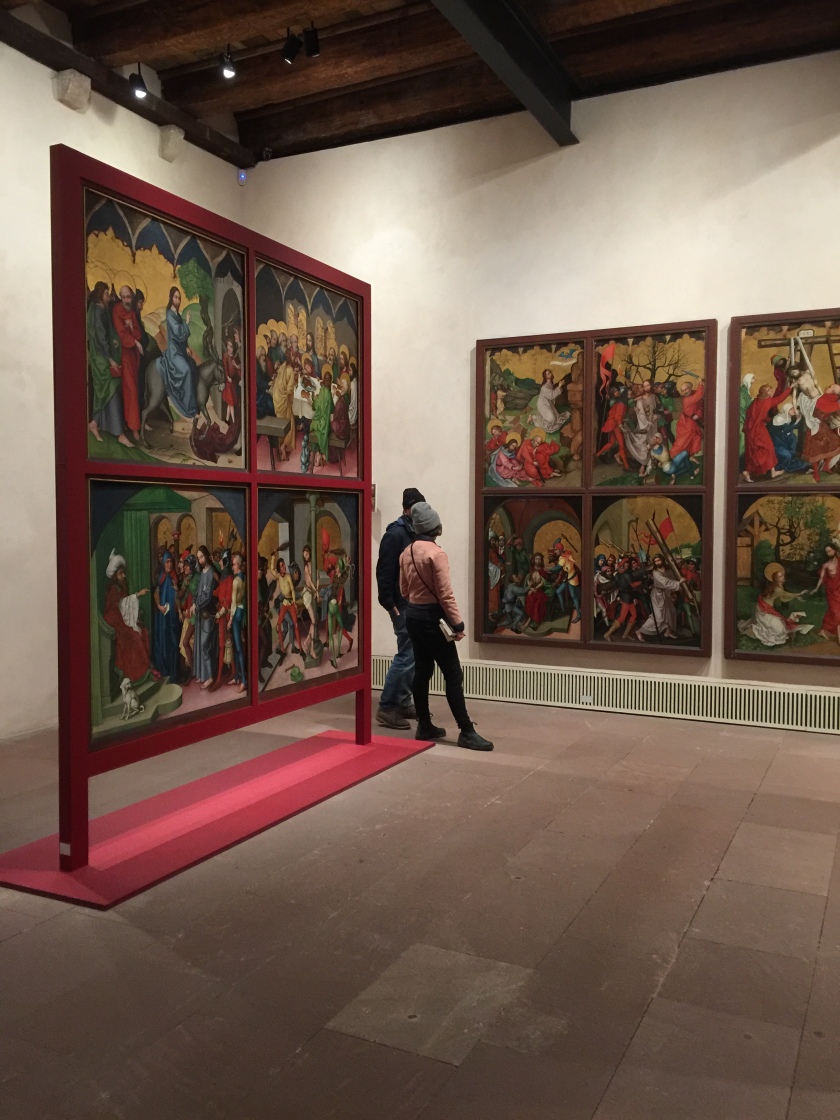 A treasure buried about 1630 prior to the Swedish invasion and not found until 1864,

And some powerful modern pieces. 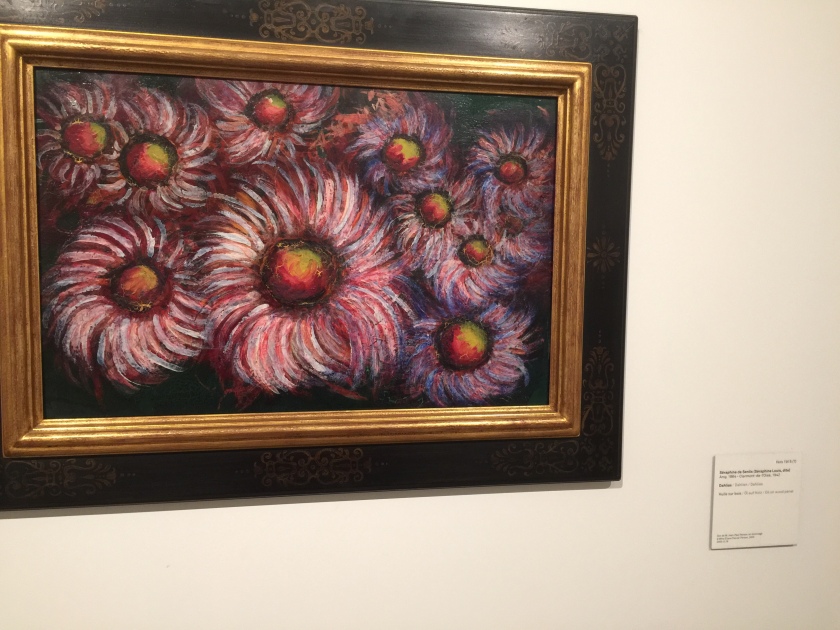 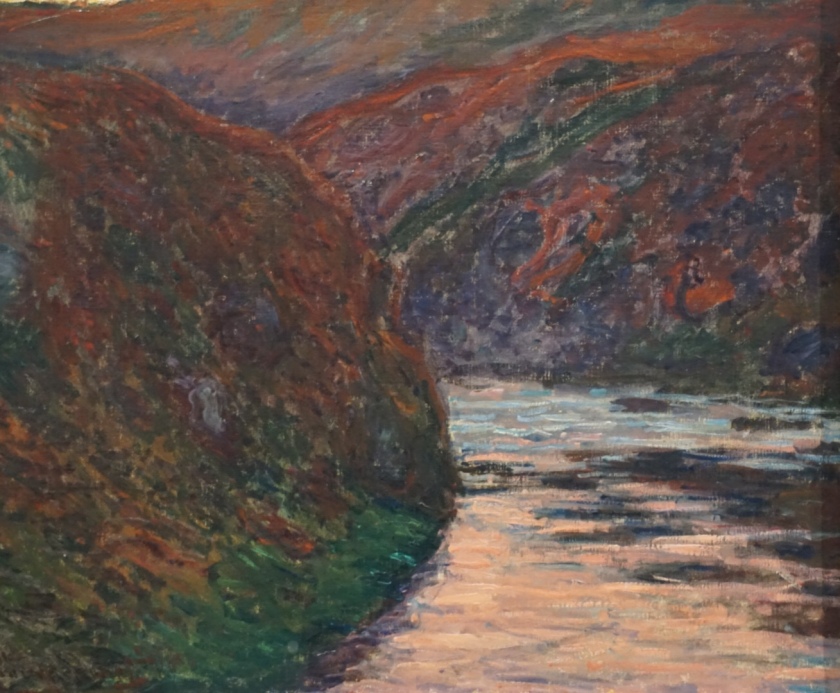 We stopped for coffee and blueberry tart.

Then we went to the Bartholdi Museum.

On the way back to our B&B we decided we didn’t want to go back out in the rain tonight. So we stopped and bought picnic food and had dinner in our room. 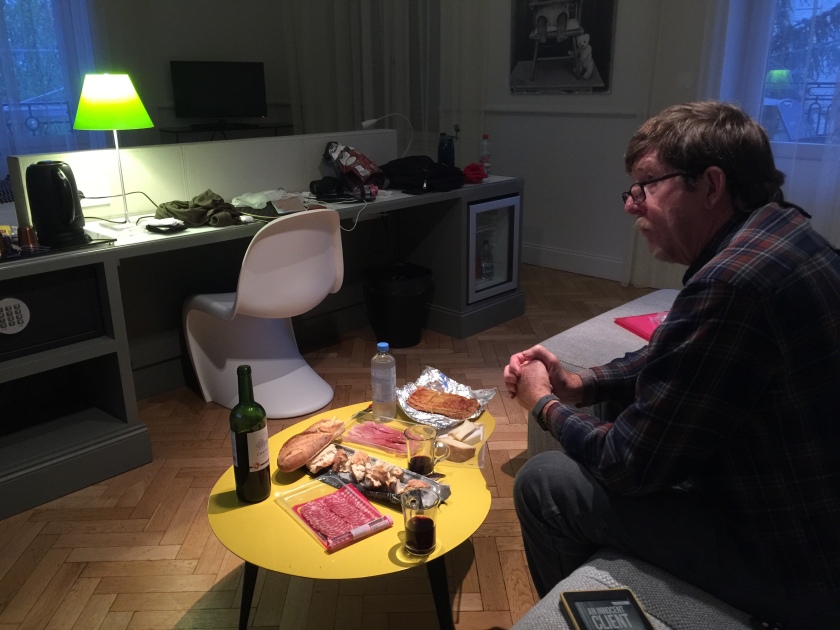