This morning we visited the Barcelona History Museum. After we entered the museum we went down an elevator to see the archaeological remains of Roman Barcino which was founded around 10BC. We walked through the ruins and up through remains of the thirteenth century. It was fascinating. There is so much history here.

We woke up this morning to a student demonstration in the street below the hotel. The street was closed all morning. Apparently the students were protesting the fact that their university fee was raised 30% the front desk clerk at our hotel said it is a pretty small fee. It seemed like a very civilized demonstration. 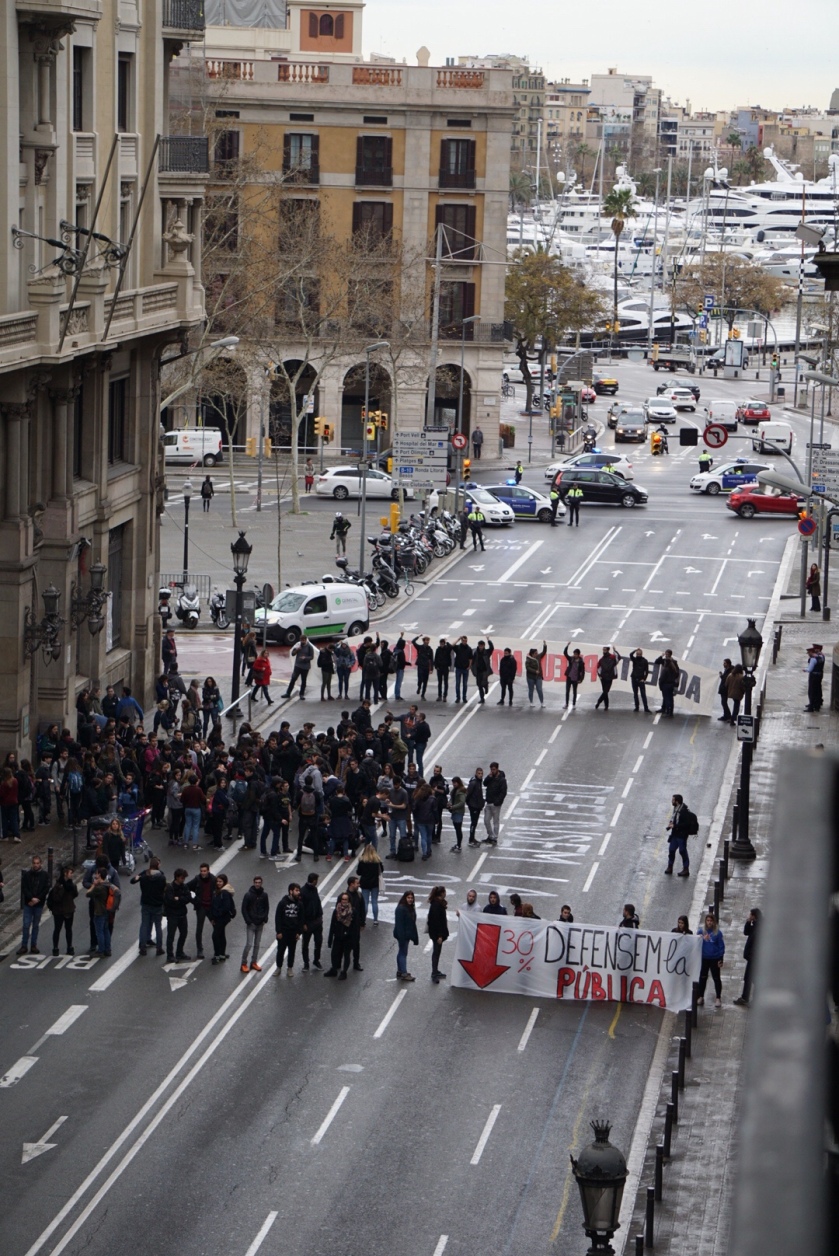 Linda and Ray left to go home today. We had a lot of fun touring Spain with them.

After we got back from the airport we walked down to the Christopher Columbus Monument at the beginning of the Rambla. We took the elevator to the viewing platform sixty meters above the ground. The elevator and viewing platform were surprisingly small. The views were wonderful.

At 6:10 we had free tickets to tour the Picasso Museum. The museum has a lot of Picasso’s early works and 57 works that are his personal interpretation of La Meninas a painting by Velázquez that we saw at the Prado in Madrid.

We ate dinner at another great restaurant, Eldiset. Every restaurant we have eaten at in Barcelona has felt like the staff own the restaurant and believe in the food. 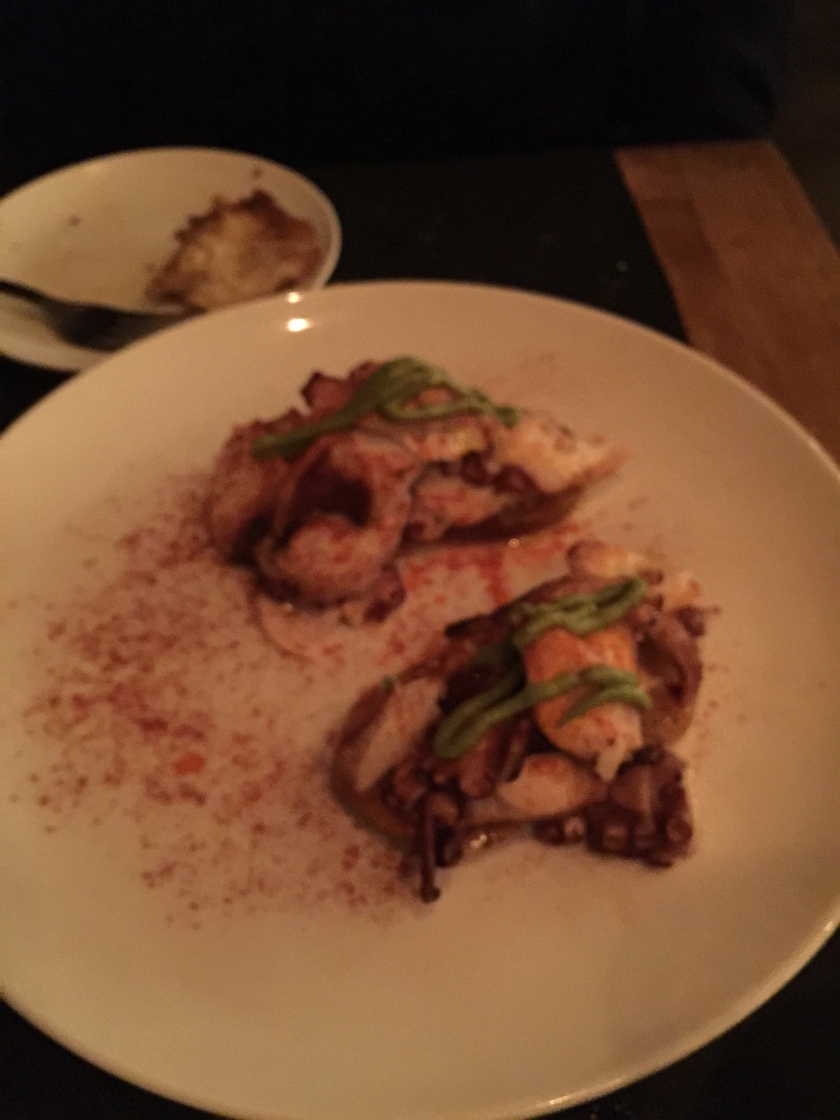 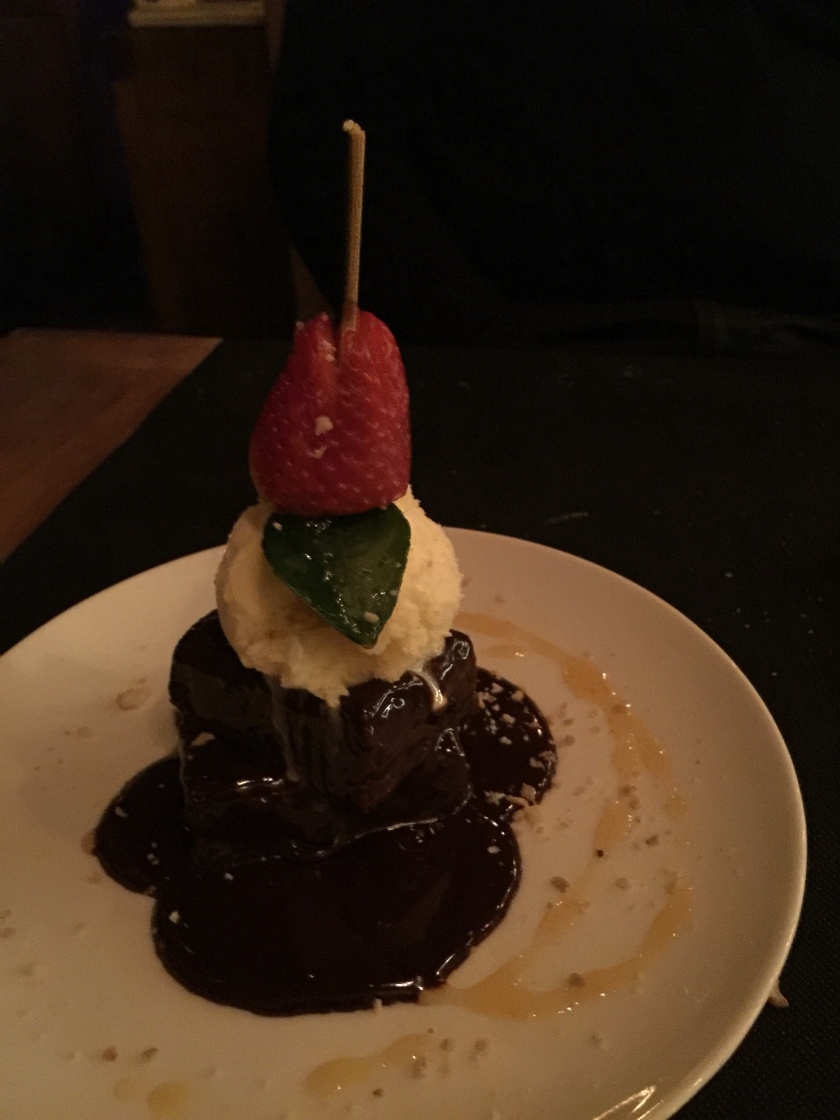