Along our route today we saw a sign for Poblat Iberica which we think means Iberian town. The Iberians were the people living here before the Roman conquest. The site didn’t have any signs and we were the only ones there but it was still fun to look at the ruins. 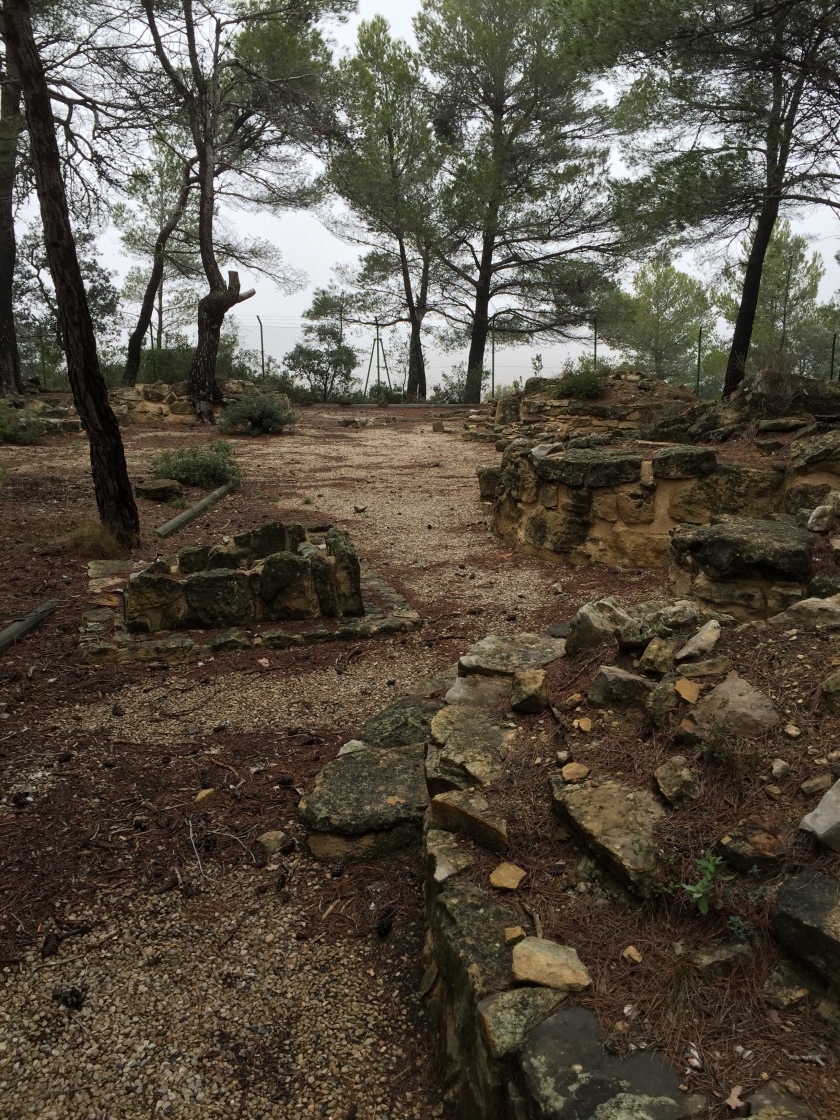 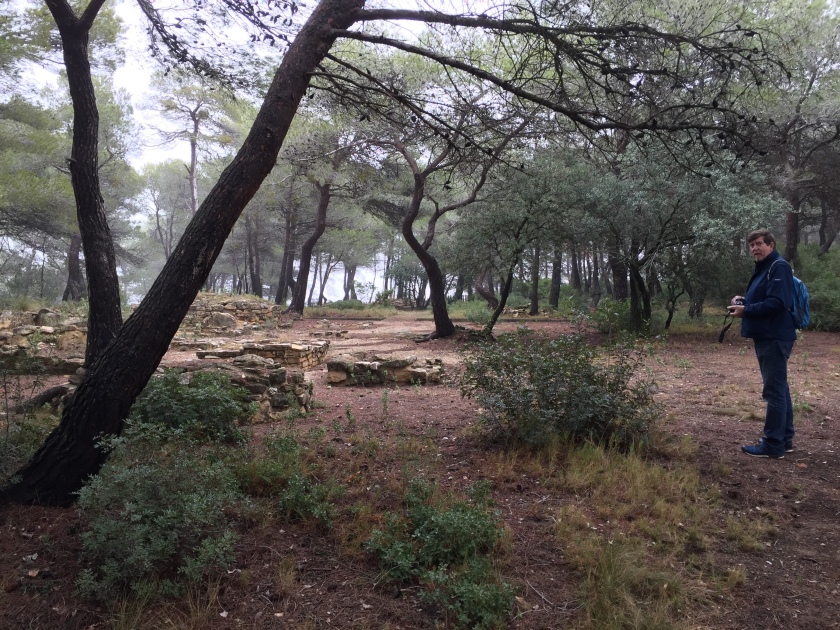 We continued on and drove into Catalonia to the coast on the Ebro River to the town of Tortosa. This town has been a strategic location with people living here for centuries. We are staying in a Parador on the sight of the old castle and fortification that dates from at least Roman times.

It’s been gray and threatening rain all day. We ignored the threat and walked down into the town to explore. We had a coffee. I think that is becoming our habit mid afternoon.

And then we toured the very well done city museum. They even had an English audio guide

This is a tax collecting box. It has holes on top for the coins. It also has three locks on the front so that it could only be open if the three required officials were present.

This is the actual letter the town received in 1492 from the King ordering the town officials to expel the Jews.

The Ebro River Valley is the sight of one of the biggest battles In the Spanish Civil War. The town was bombed and 100,00 Republicans died in the battle. Below is the battle monument and a couple of the bombing before and after pictures from the museum. 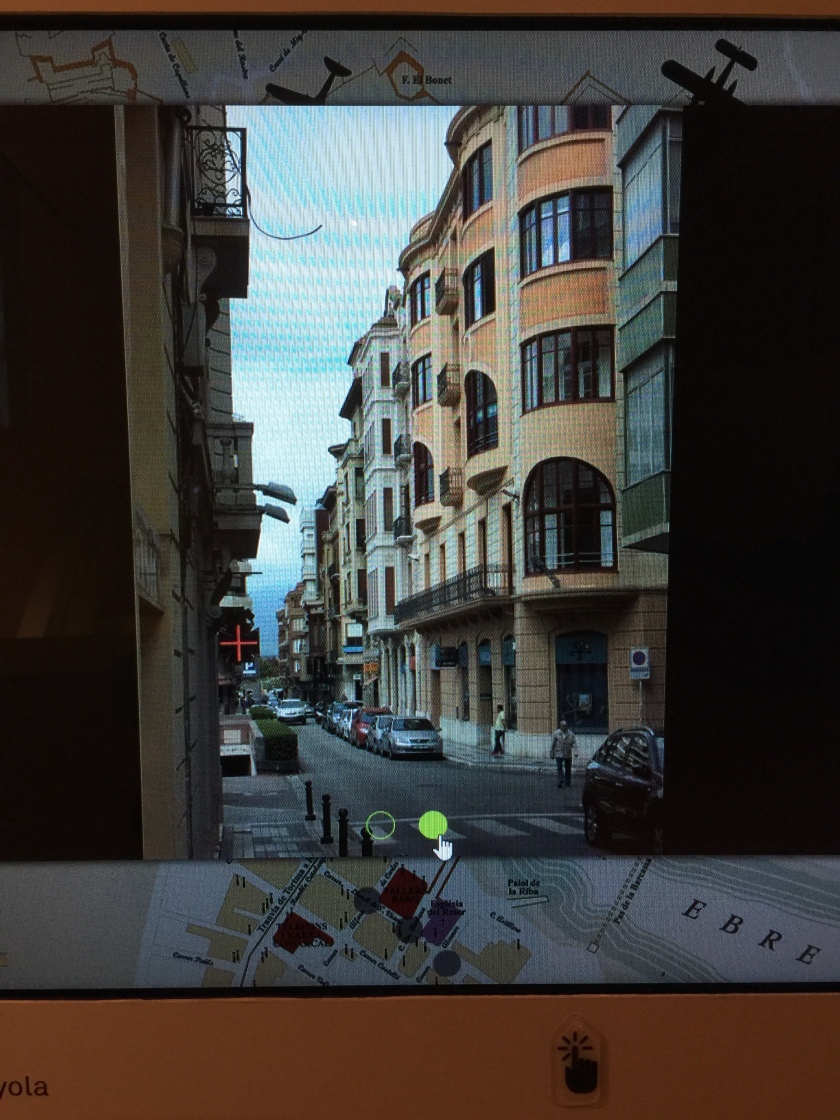 We ate dinner at the Parador. We shared black rice squid paella. The rice is black from the squid ink. 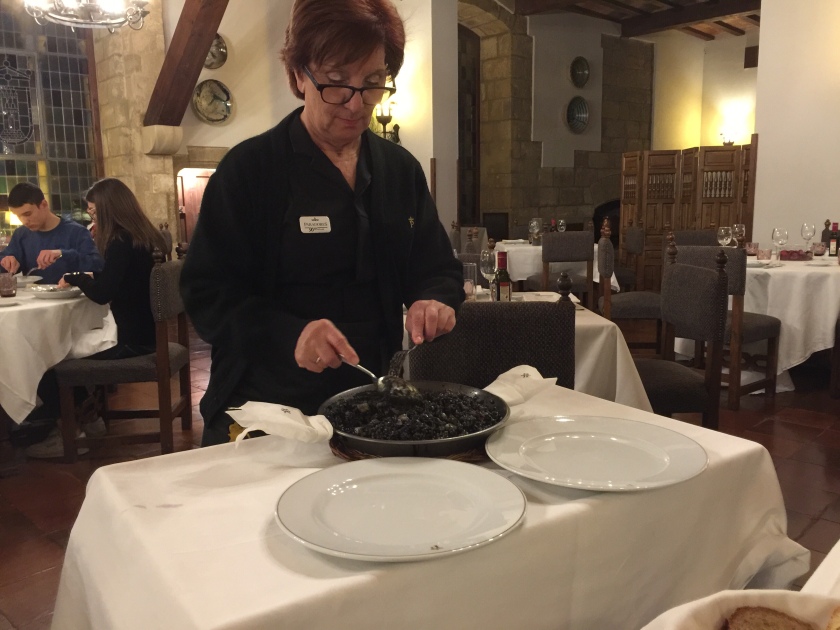