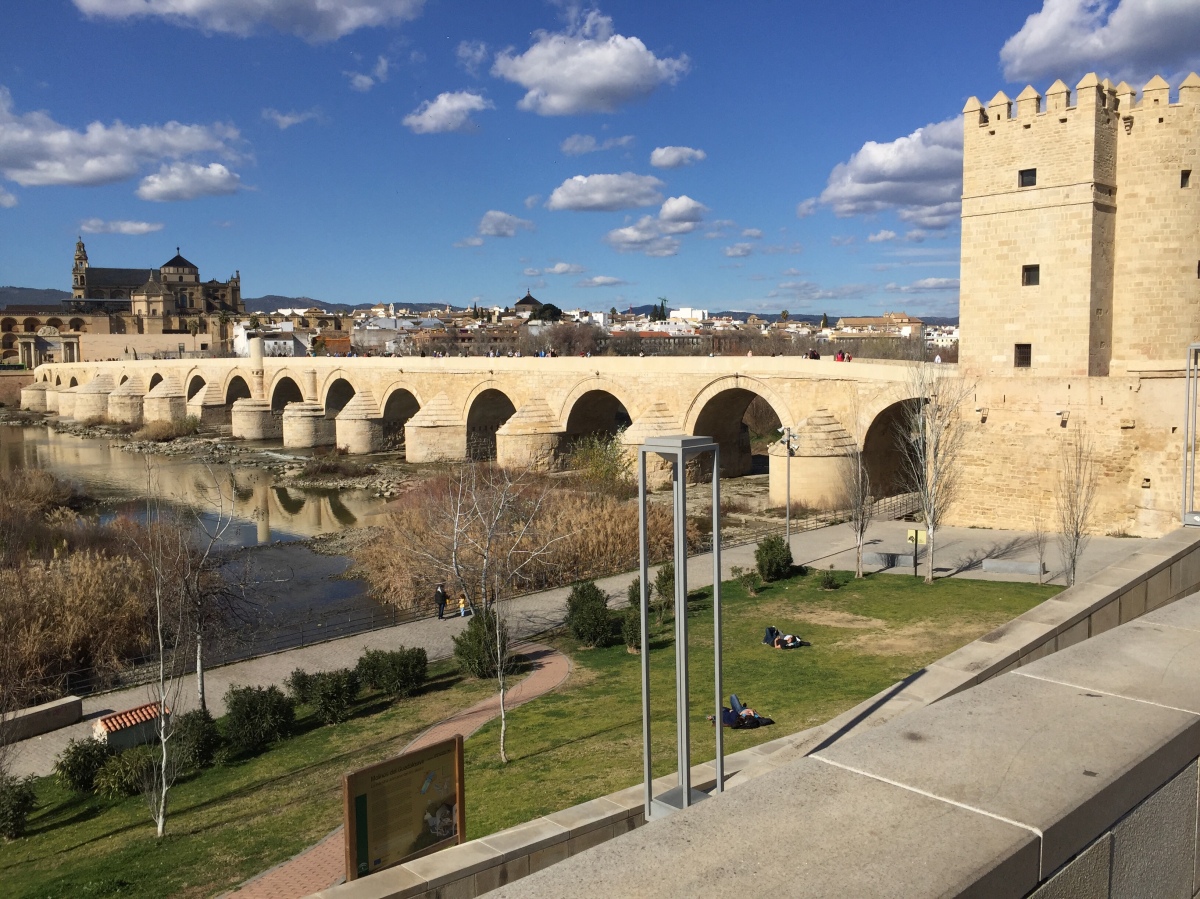 It was cold when we left our Parador this morning. As we came down out of the mountains the sun came out and it warmed up. We wanted to stop at the castle and museum in Cazorla but getting there was quite an adventure. The roads through town were very narrow, to the point that we had to pull the mirrors in to get through!

The castle was fascinating. It was never actually lived in but it had a commanding view of the countryside and was used to protect against invaders. We climbed to the top with a guide. The first picture below is the road Duke drove up to get us to the castle.

This is the view from the top.

Below you can see the castle, Bonnie and Brian and our red car.

This is one of the rooms inside the castle.

We have driven through endless fields of olive trees on this trip. After we left Cazorla we made a point to stop and take some olive tree pictures. 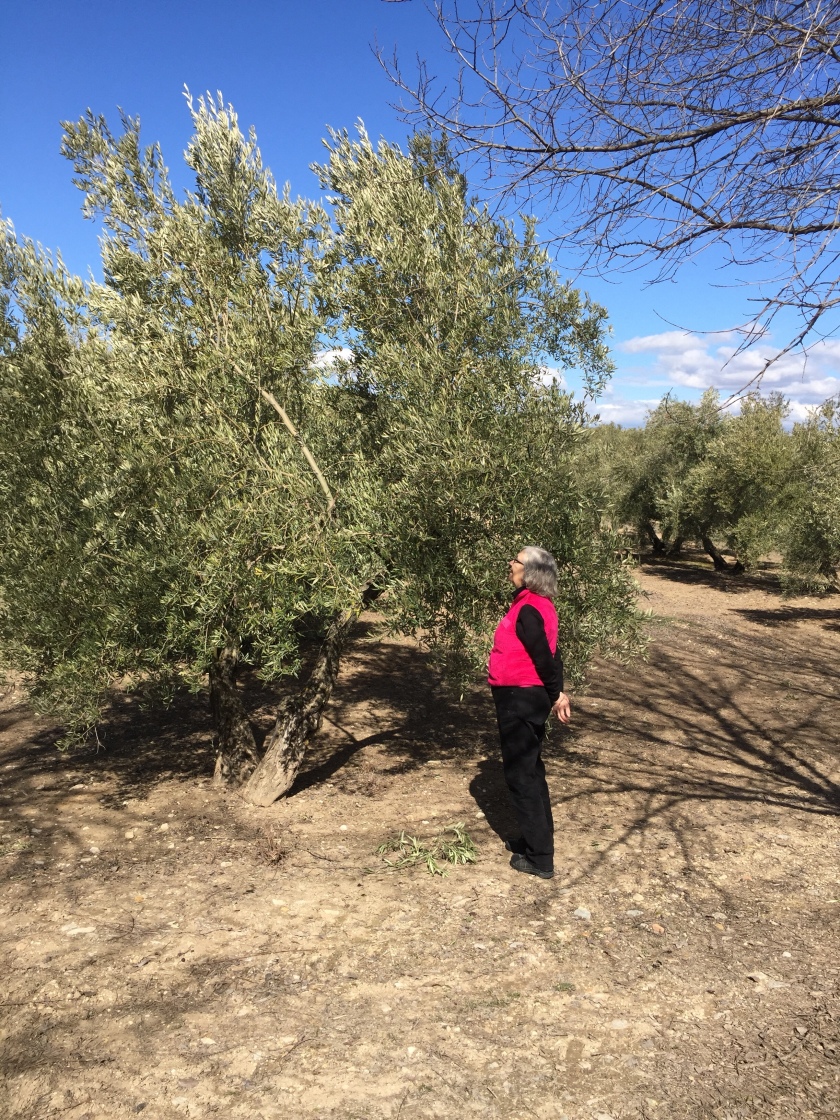 In Córdoba we are staying right across the river from the Meziquita. The Mezquita is a Catholic Cathedral built inside a massive former mosque that was built on the site of a Visigoth church.

The former mosque is very very big, 400 feet by 600 feet. When you first enter and walk around the size of the former mosque immediately astounds you. There are more than 800 columns topped by double arches.

In the mid 1500s the Christians who had recently captured Córdoba built an enormous elaborate Cathedral in the middle of the mosque.

After finishing at the Mezquita we stopped for a snack in one of the courtyards of the Jewish Quarter. 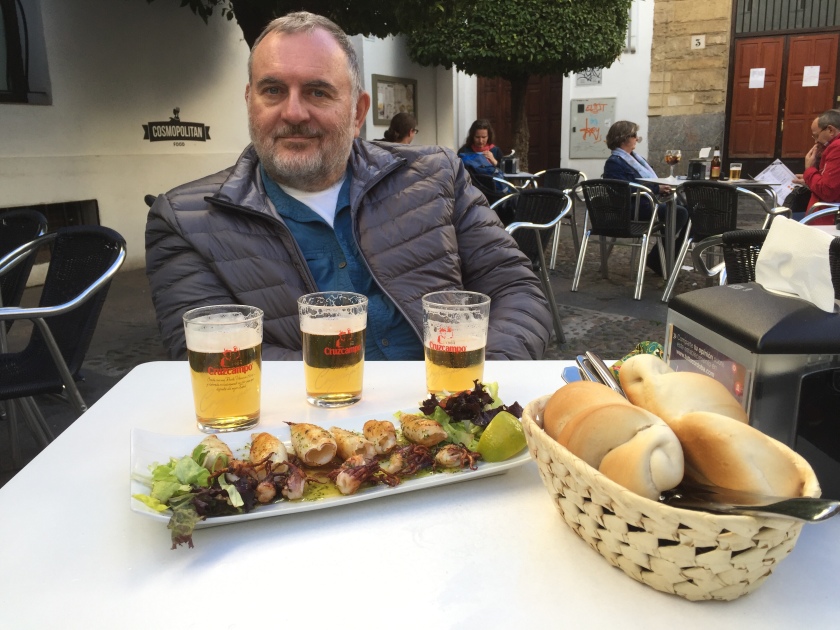 For dinner we ate at Bodega Campos. We shared a seafood and rice platter that was really delicious. Then we had a variety of deserts.

One thought on “Parador de Cazorla to Córdoba”