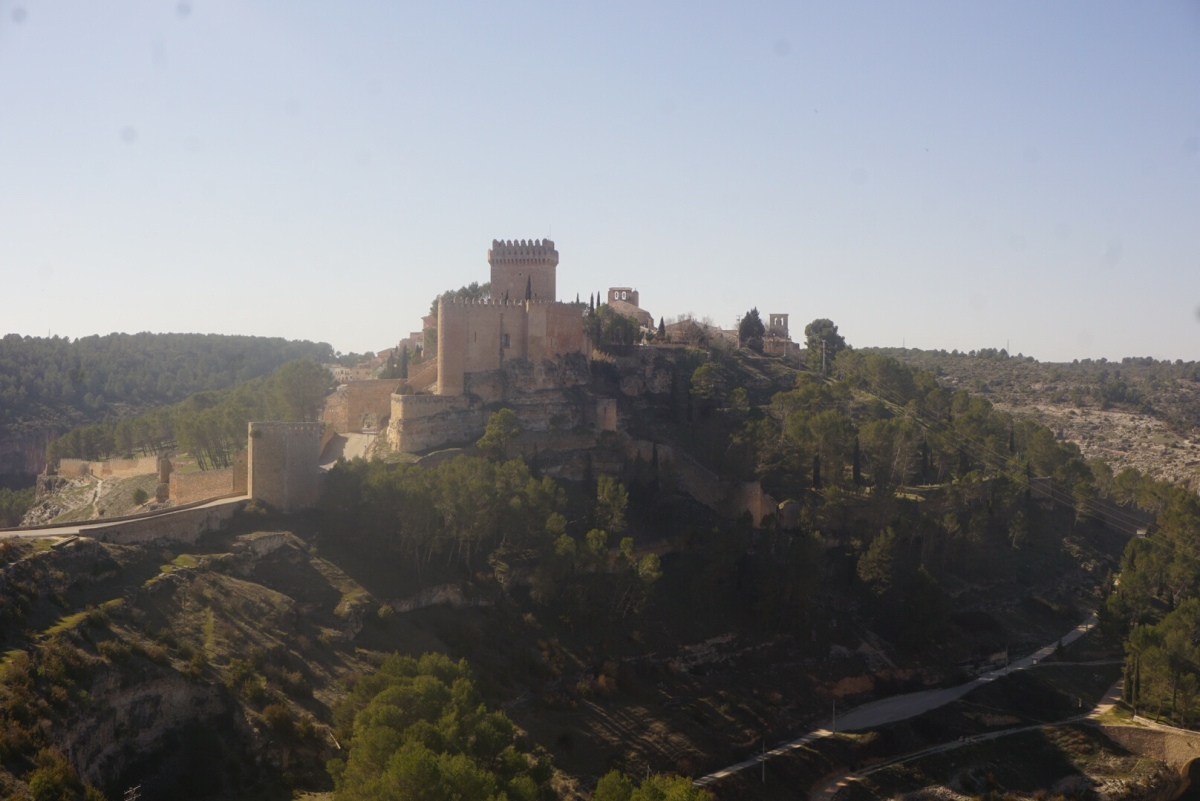 In Cuenca this morning we crossed the pedestrian bridge from our Parador to the town. From the town we had a great view of the Parador 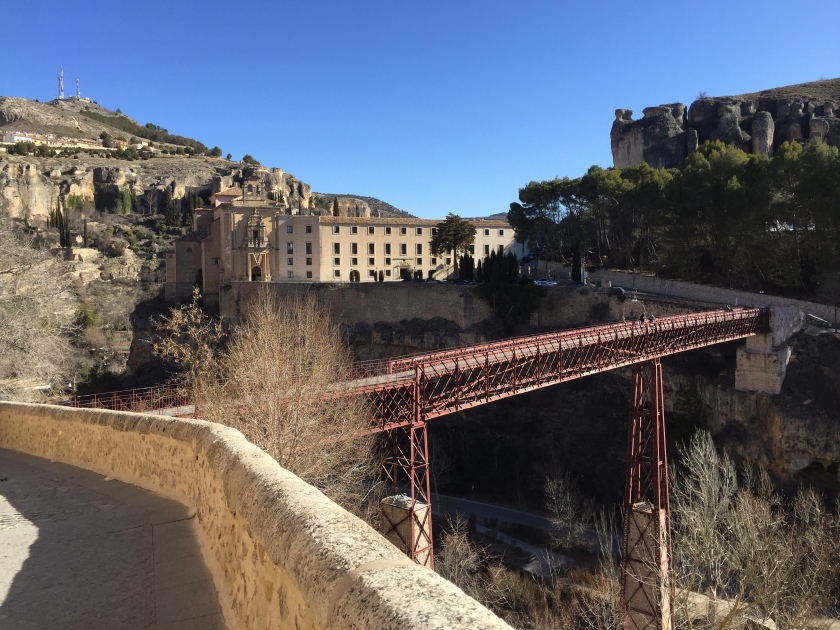 And of the Casas Colgadas or Hanging houses.

On our way south out of Cuenca we stopped at a grocery store for water and sunblock. Spanish grocery stores are fun to check out.

About half way between Cuenca and Alarcón we stopped at the Roman ruins of Valeria. The town was founded by the Romans in the first century BC. It was a cold day but we enjoyed a walk all around the ruins. 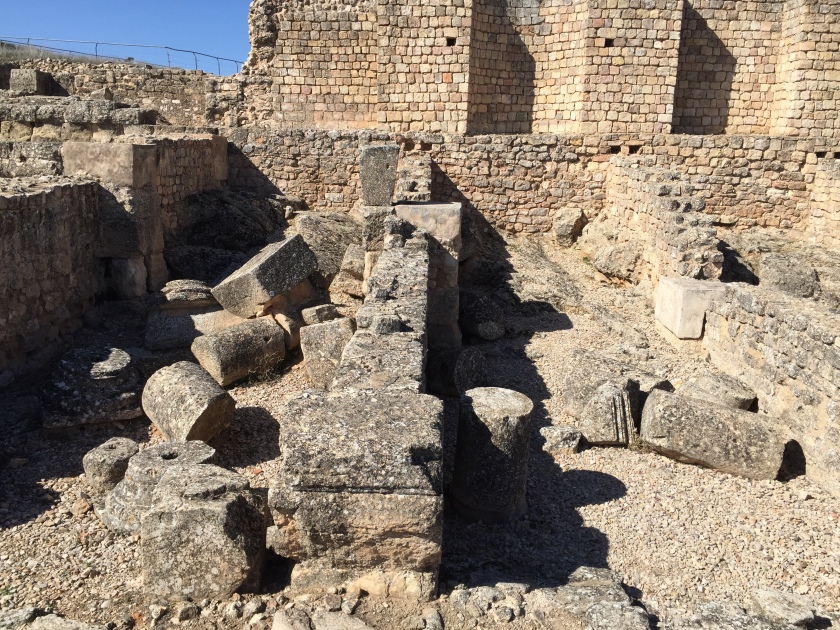 Duke decided to stop on the way out of town to take a picture of the town sign for his daughter Valerie. 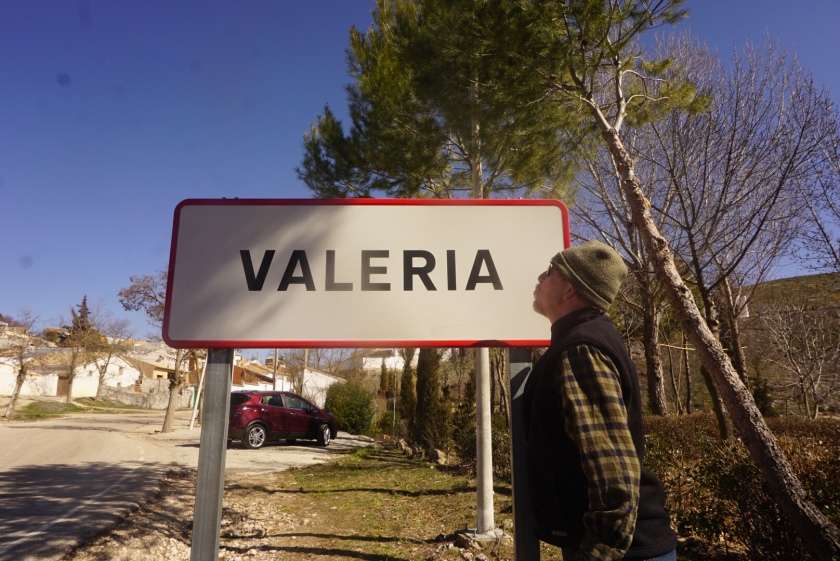 This week we are staying in eight Paradores in eight nights. It is so interesting and fun to stay in these beautiful places. Tonight we are in the Parador de Alarcón. The castle we are staying in was originally built as an Arab fortress in the eighth century. It was destroyed in the twelfth century and rebuilt in the fourteenth century.

For dinner we had steak.

We had cheese ice cream with honey for desert.