Duke and I thought we were over our jet lag so didn’t set an alarm last night. We were awake during the night then didn’t wake up until Bonnie and Brian knocked on our door at the agreed on time of 9am! They came back a bit later and we were ready to go.

Our first stop this morning was the Royal Palace. It turns out the inside is closed to the public today and tomorrow but today is the full ceremonial changing of the guard which they only have once a month! Coincidentally we are here on the right day. The temperature was only about forty degrees but the sun was shining and it was a great show! 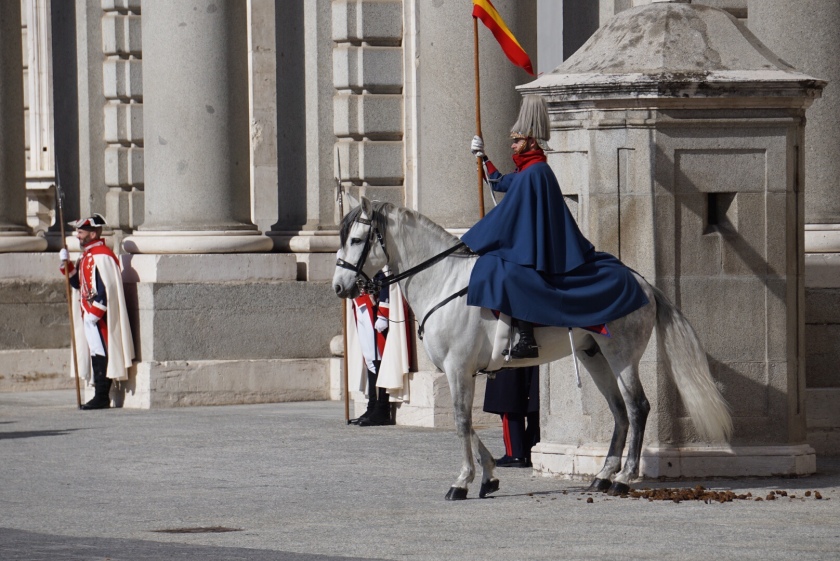 Afterwards we warmed up with chocolate and churros. 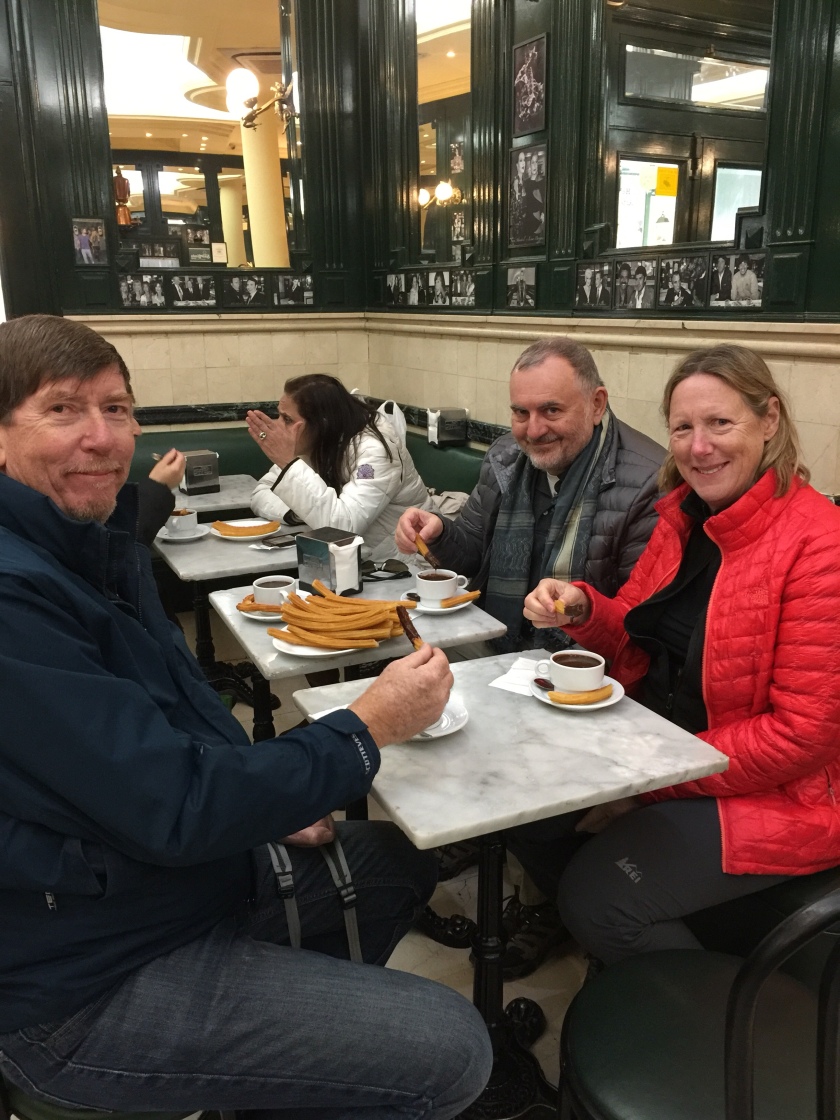 This afternoon Bonnie and Brian went to the Thyssen-Bornemisza Art Museum (We visited it last year) and we went to the Sorolla Museum. Joaquin Sorolla was a late Impressionist Spanish painter The museum is in his home. We really enjoyed both the setting and the light filled paintings.

We ate dinner at what is supposed to be the oldest restaurant in Europe, Sobrino del Botin. We had a fun meal. I had roast suckling pig, Brian had roast lamb and Duke and Bonnie had beef. Our reservation was at ten so it was a long day. But it was a really fun day! 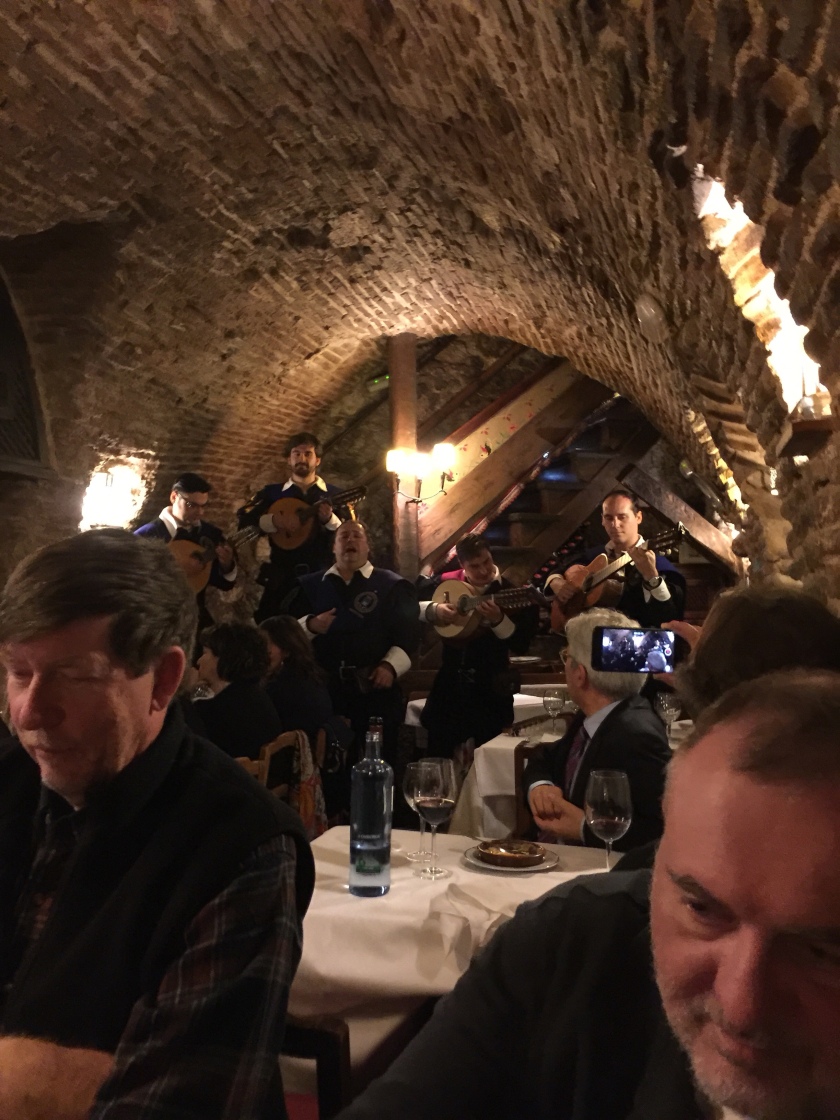