We are staying in a very nice hotel – Casa Cielo in the Mira Flora part of Lima. It is a very upscale neighborhood. It sure is a world away from all the other parts of Peru we have visited!

This morning we headed to the Historic Center of Lima to explore. We toured the Convent of San Francisco. Unfortunately we couldn’t take any pictures inside. They had a wonderful library. As many as 20,000 people were buried in the catacombs under the church.

Initially when we arrived in the center the Plaza Mayor was blocked off by police. We never did figure out why.  But after we finished at the Convent San Francisco we were able to visit the Plaza Mayor and the beautiful Plaza San Martin. 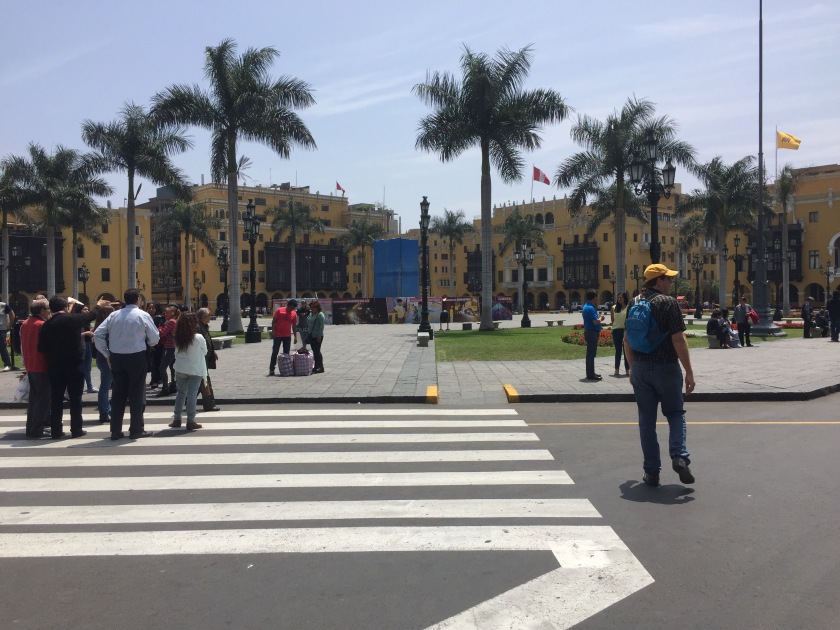 In the afternoon we went back to our hotel and took naps. Then about five we headed out to the Museo Larco. It is an absolutely wonderful museum of Peruvian archeology. It is a private museum. My guide book says it is the best in Lima. 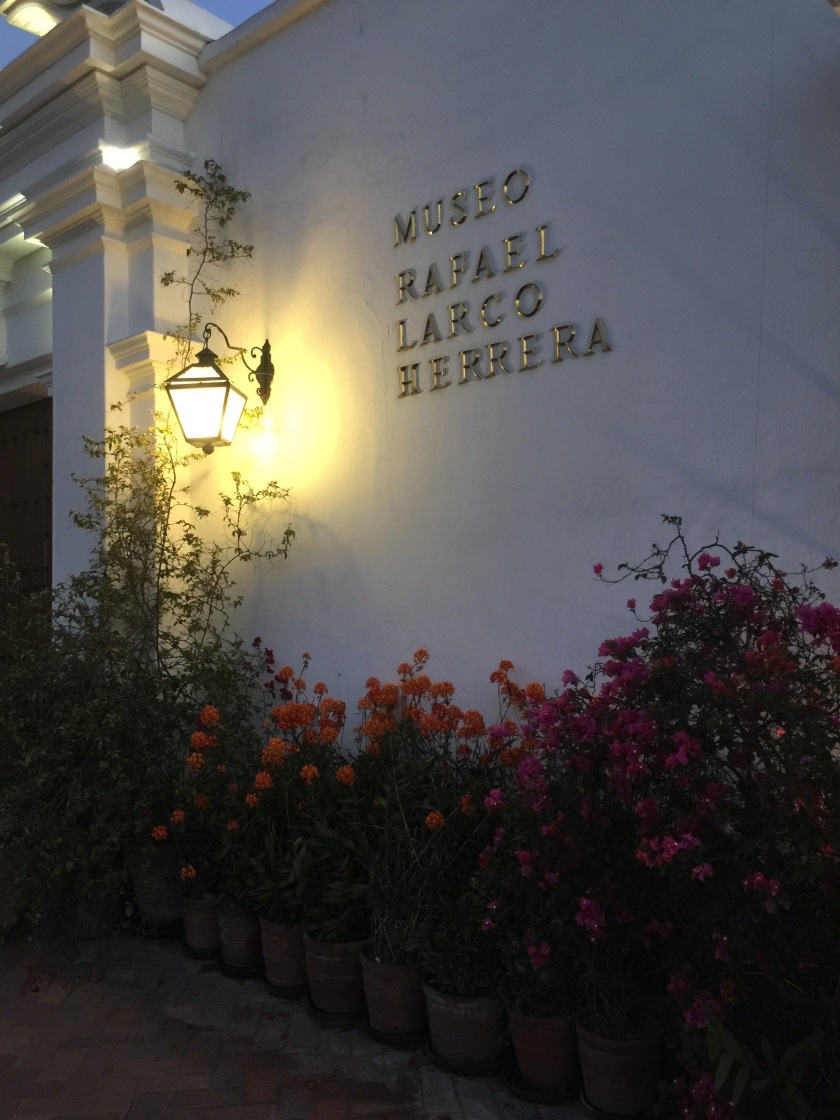 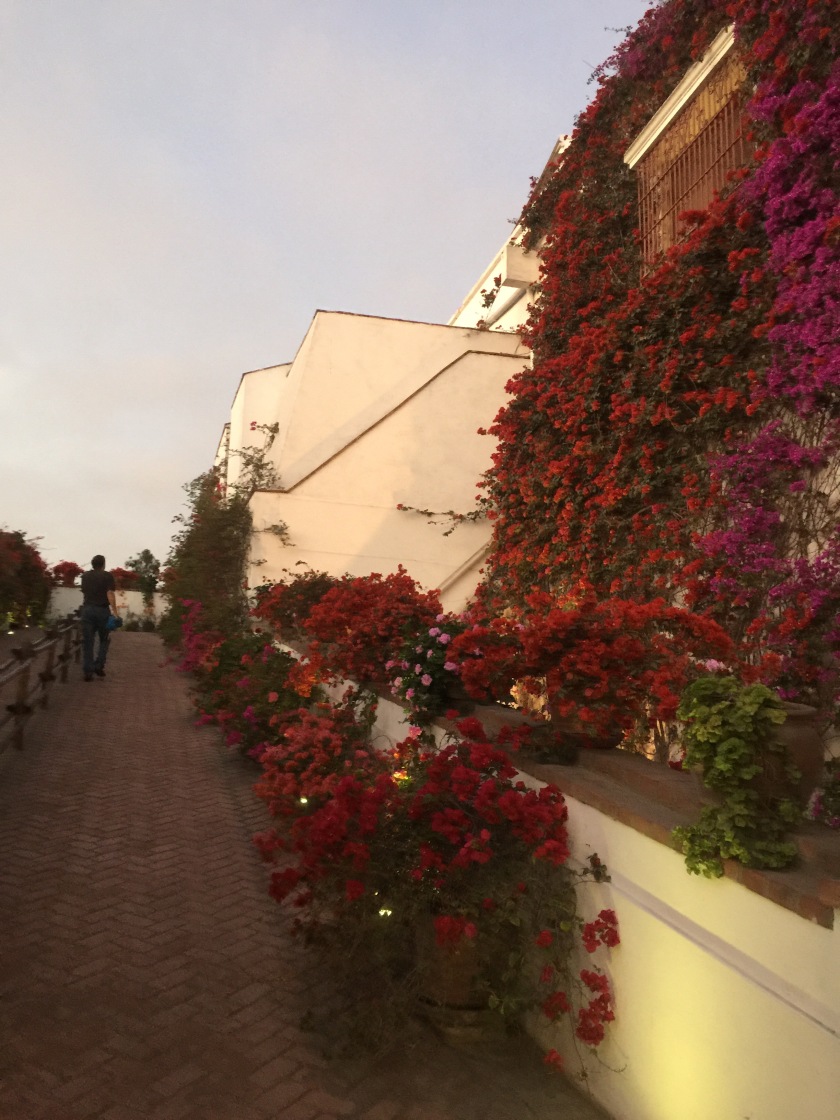 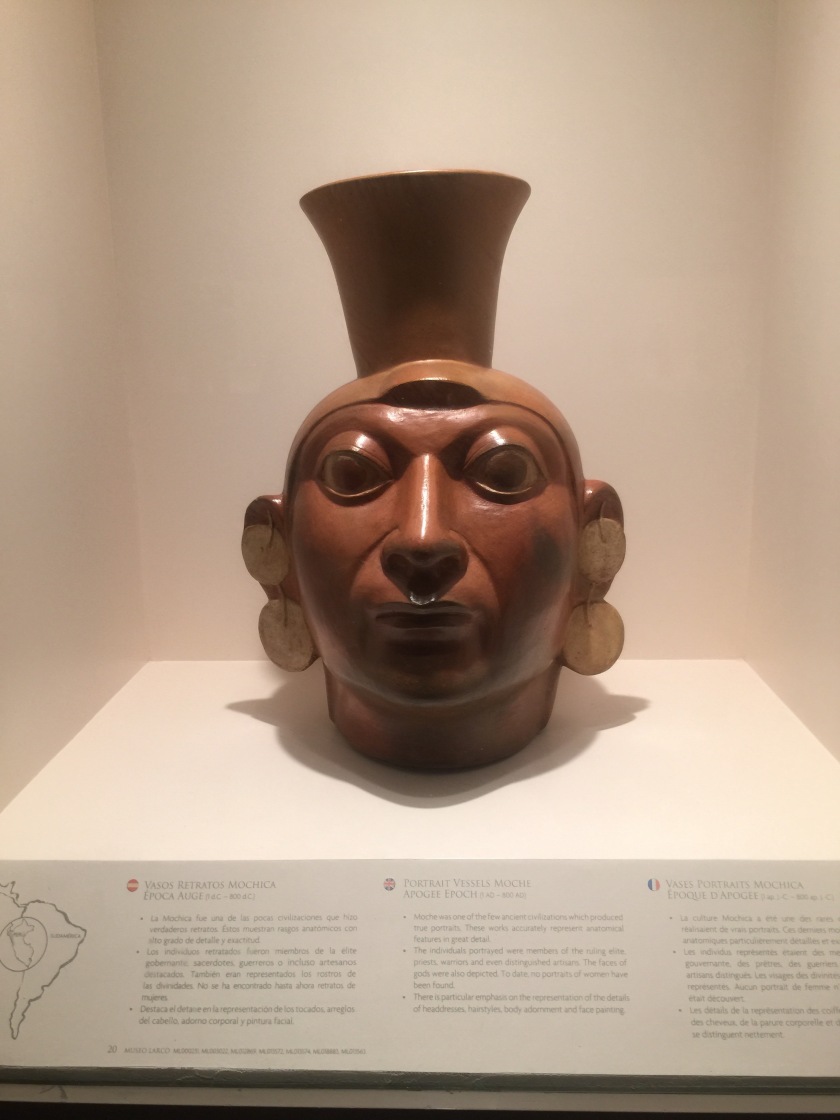 One of the most impressive things about the museum was the storage. The sign explained that while all museums have storage the Museum Larco is one of the only museums whose storage is on display. There were so many artifacts in storage it was hard to believe. 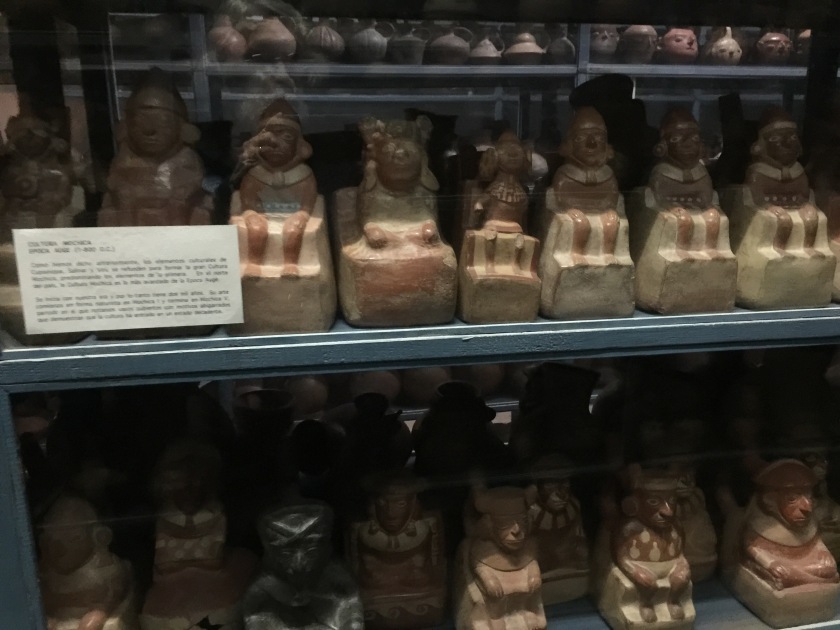 The museum also had a wonderful restaurant. We enjoyed one of the best dinners of our trip. 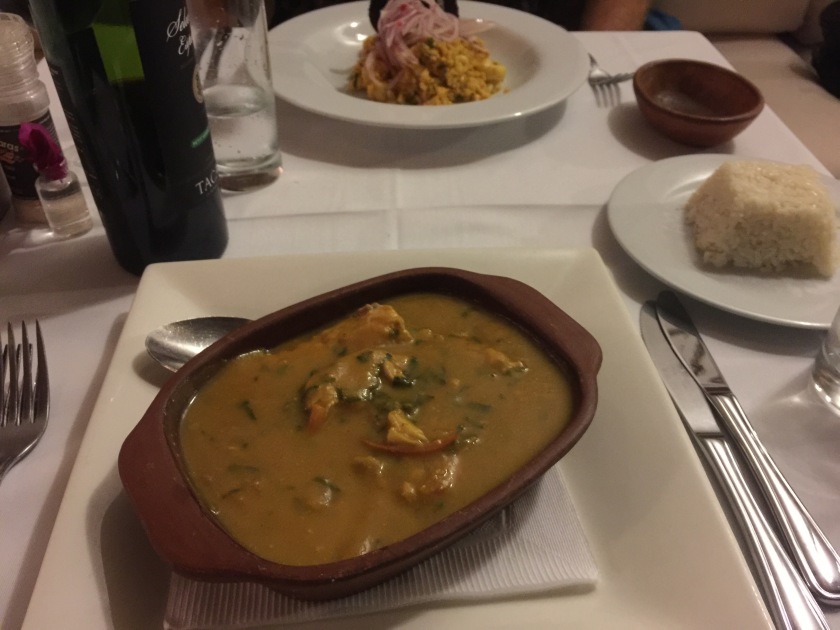