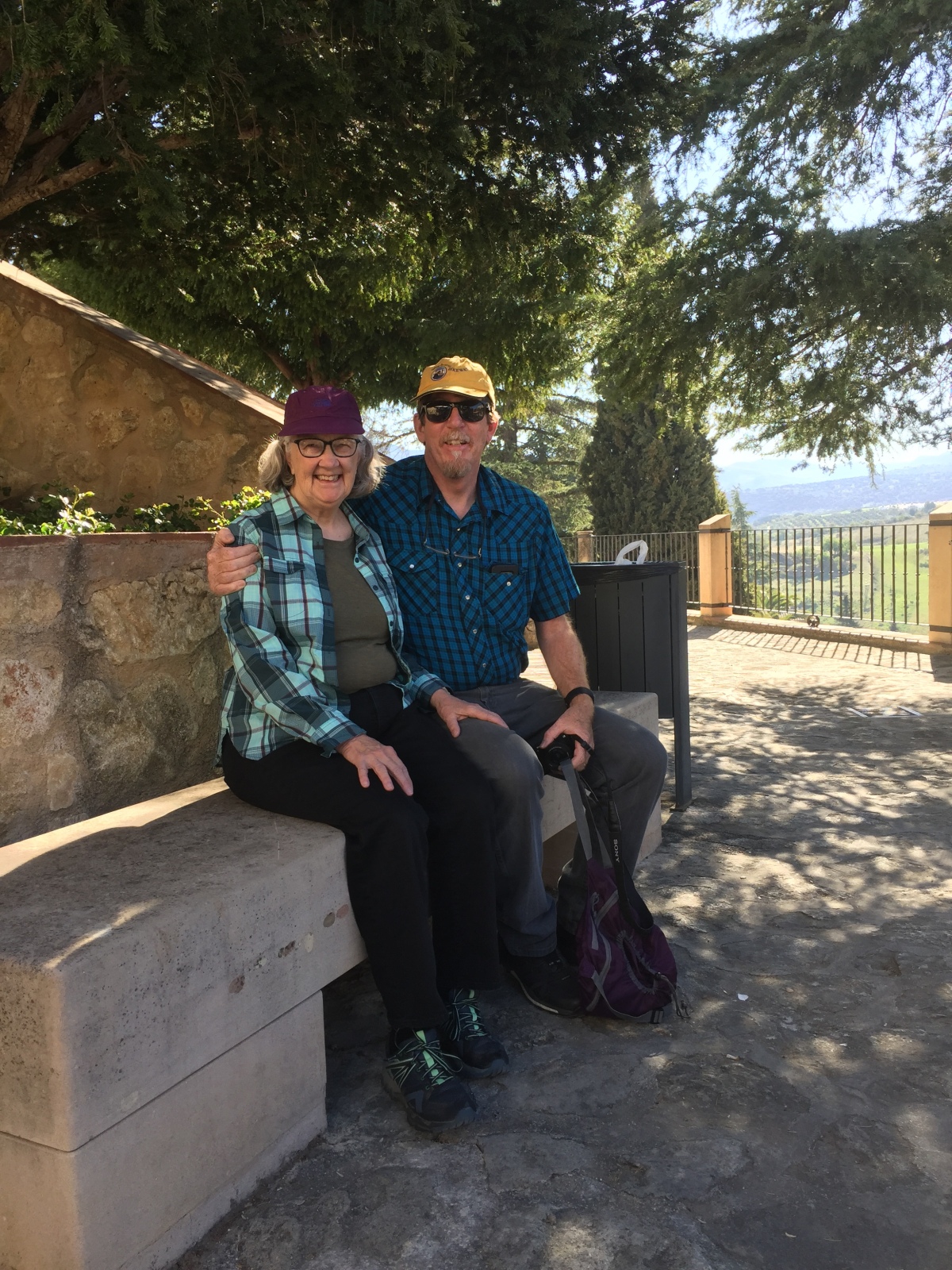 Today we drove west again (about 60 mile) to Arcos de la Frontera, another one of the white hill towns.

Before we left Ronda we went for a walk.

About half way to Arcos de la Frontera We stopped at an artisanal olive oil mill in Zahara de la Sierra. Of course there is nothing much going on right now but it was fascinating to see all the equipment and ask questions. After the thousands of olive trees we have seen over the last few days we had lots of questions. The man behind the counter was very knowledgeable. He said his grandfather was a bull breeder for bull fighting. He had lots of very cool pictures.

Next we climbed up to the Castillo de Zahara de la Sierra.

A little bit farther down the road we stopped for a picnic lunch.

The road to the Parador in Arcos de la Frontera is very narrow. Duke pulled in the mirrors on the car and we made it to the Parador with no scrapes. We ate dinner at a wonderful little restaurant called La Carcél. We shared six plates including goat cheese and marmalade, stuffed mushrooms, prawns, and octopus.