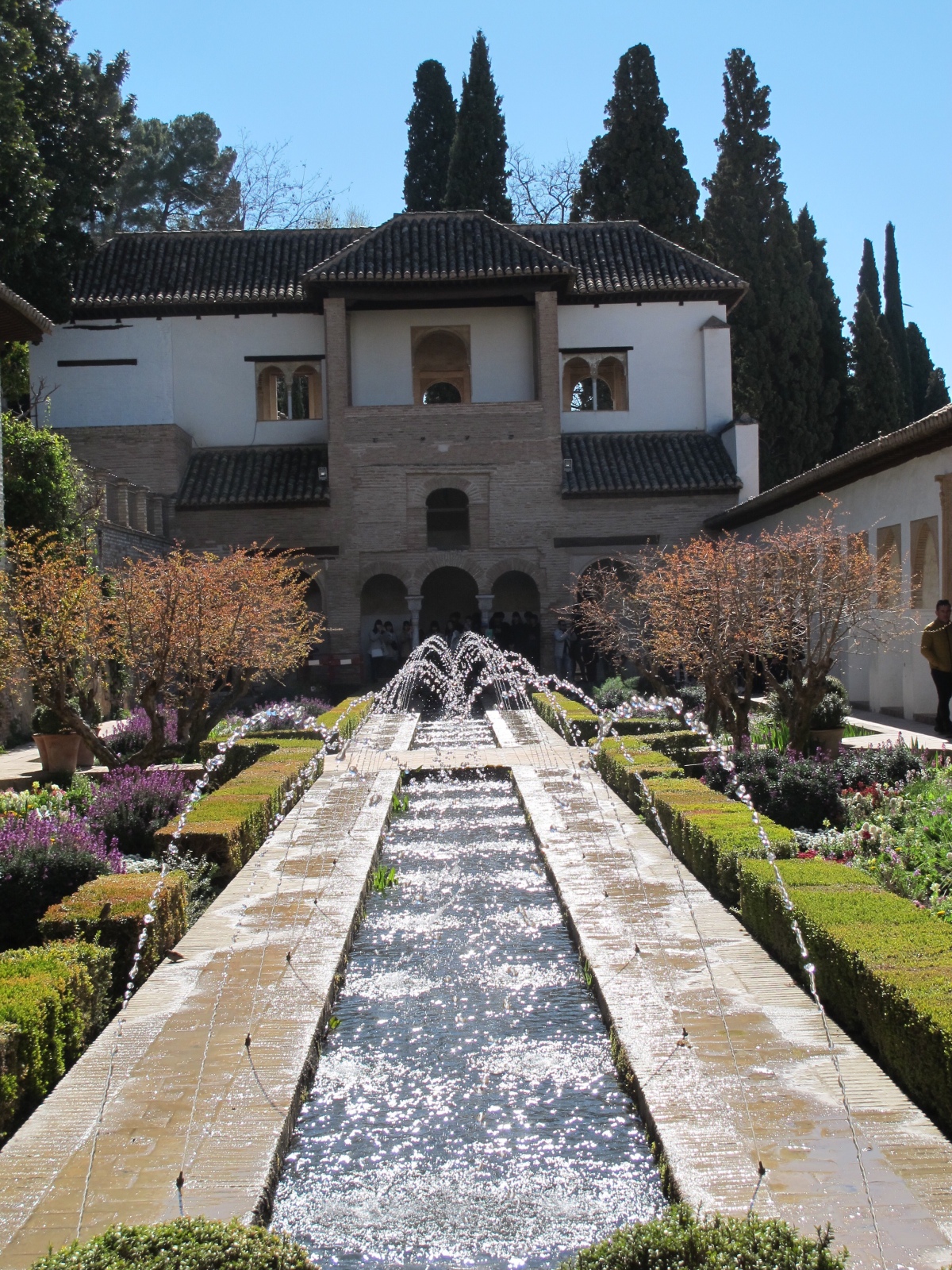 This morning we found a place for coffee near our hotel.

About 10 AM we went up to the Alhambra. It sits with a commanding view of the surrounding city and country. We have been there a few times so we did not take the tour. Our friends did take the tour and took some fantastic pictures.

We explored the parts of the Alhambra that don’t require a ticket.

In the Carlos V palace they currently have a temporary exhibition – Zirid Granada and the Berber Universe. It was fascinating. The introduction to the exhibition says:

The Berber (or Imazighen, as they prefer to be known) are the group of peoples who since ancient times occupied almost all of North Africa, from the Siwa oasis (west of Egypt) to the Atlantic Ocean

The Carlos V palace also houses the equally interesting Alhambra Museum. After Spending quite a bit of time in each Museum we explored a bit more then went to the terrace bar of the Alhambra Parador and had coffee. The terrace is in a beautiful peaceful spot in the middle of the Alhambra.

After we left the Alhambra we had lunch.

We needed to buy playing cards. I learned something new. There are two kinds of playing cards sold here, Spanish cards and poker cards. It took us a while to find a place that had poker cards for sale. After a bit of rest we played cards on our hotel room balcony.

When We were in Granada in February of 2018 we had a wonderful steak dinner at Negro Carbón restaurant. We enjoyed it so much that Duke made a reservation in advance so that we could go there to night. It was as good as last time.