Bruges seems very similar to Ghent but Bruge is bigger and seems to have fewer churches. This morning in Bruges we took a boat ride on the canals. The ride was faster and more crowded than the ride in Ghent but it was still very interesting. This is a beautiful town. It was sunny and warm today which just added to our enjoyment.

This afternoon we took a tour of the Halve Maan Brewery in Bruges. It was an excellent tour. Two things really added to our enjoyment. One, our guide was really engaged. Not only did he tell us the history of the family brewery and how the beer is made but he also pointed out the various landmark sites in Bruges that we could see from the roof of the brewery. 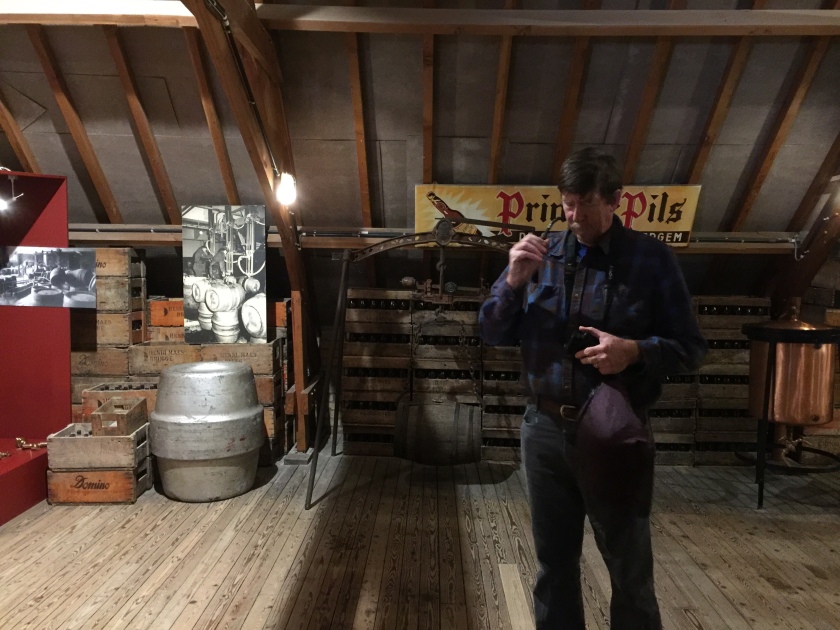 The second thing that made the tour more interesting than your typical brewery tour was that most of the original brewery equipment was still in place even though modern equipment is being used now. We learned about both the old processes and the new processes

In order to call the beer Bruges beer it is still brewed in the city center but the beer is pumped through a beer pipeline to the outskirts of Bruges to be bottled. 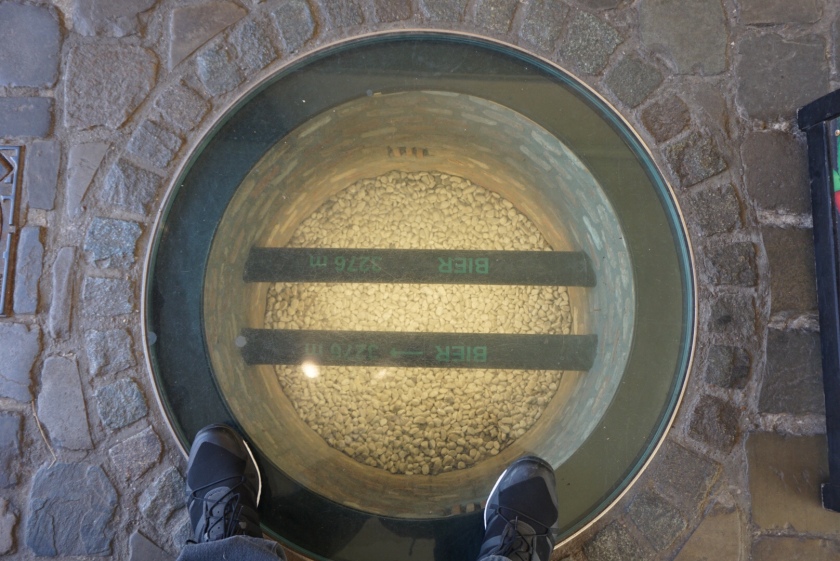 After the tour we enjoyed a complimentary glass of the unfiltered beer. It was very good!

For dinner we ate at Le Chef et Moi. We each had the prix fixe menu, beef appetizer followed by a cod main dish and desert. 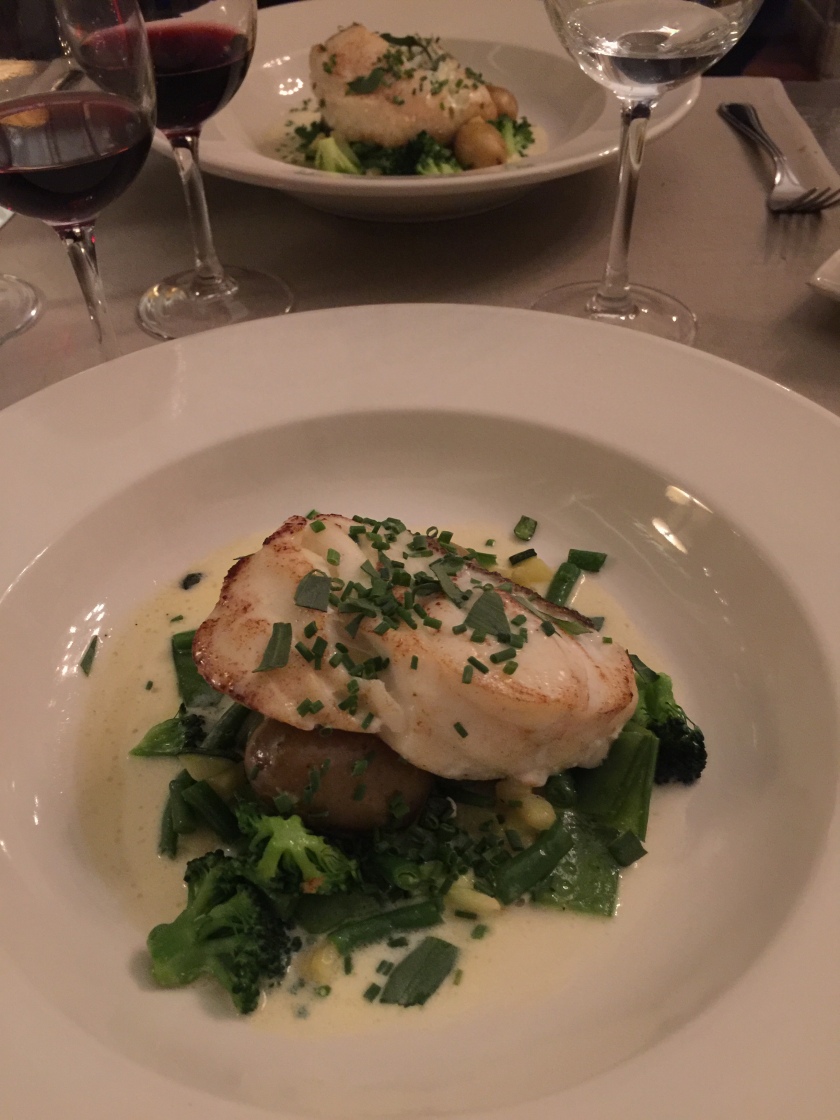 This was our view walking back to the hotel.