Tonight we are in Kerry, Northern Ireland AKA Londonderry. We are staying at the Bishop’s Gate Hotel inside the walled city. I didn’t know it but Derry has an intact wall originally built in the 1600s to protect the English Protestants from the Catholic French and Irish.

After we checked into the hotel we took a walking tour. We learned about the long history of Derry and the more recent troubles that were so horrific here especially during the 1970s. From the wall we could see the Bogside neighborhood where Bloody Sunday took place and we could see the many political murals. 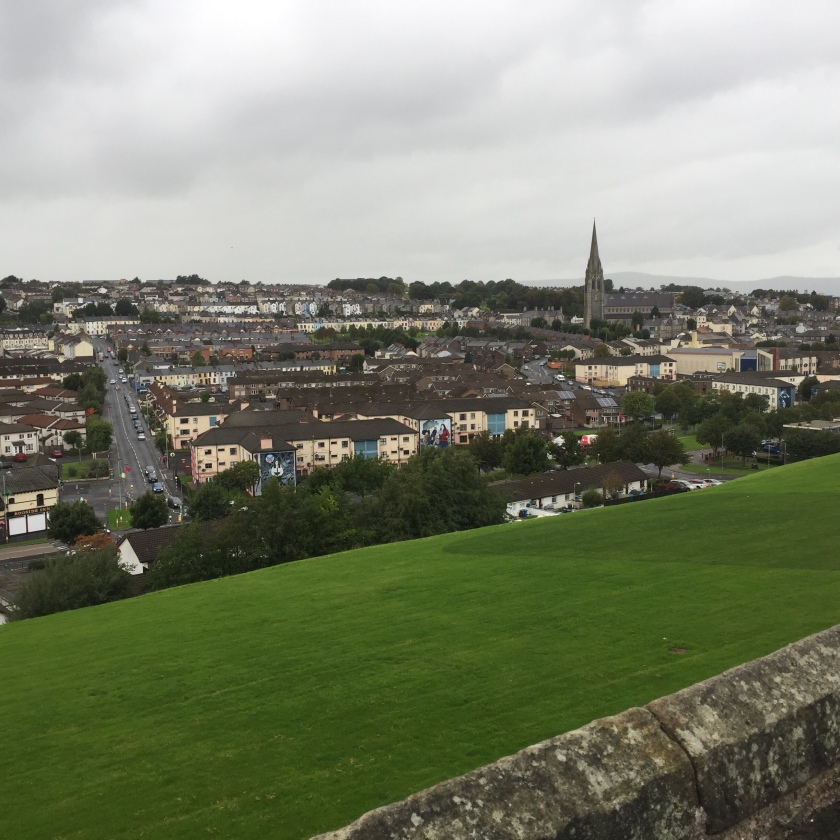 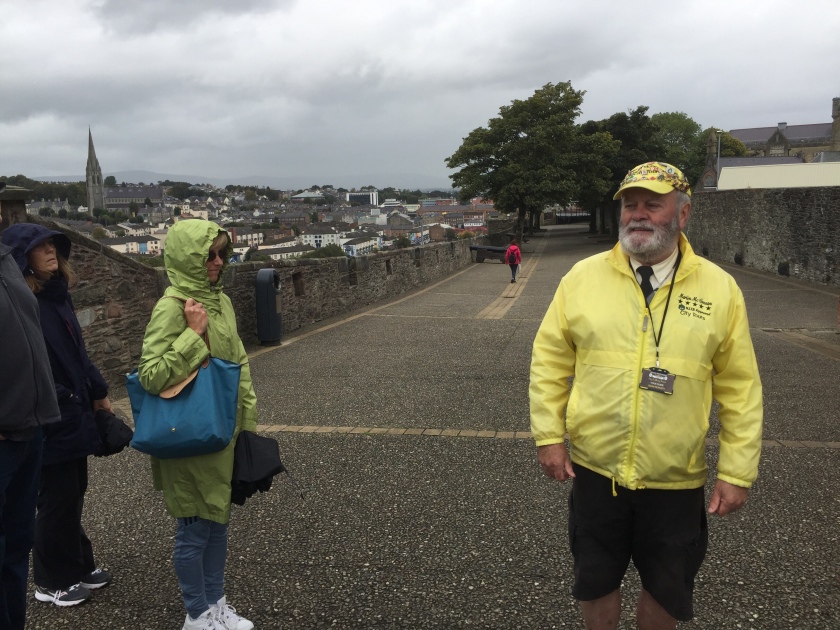 Before dinner we walked down to the River Foyle to see the Peace Bridge opened in 2011. It joins the predominantly Protestant side of the town to the predominantly Catholic side. For me Derry has been a historic and fascinating town full of history. 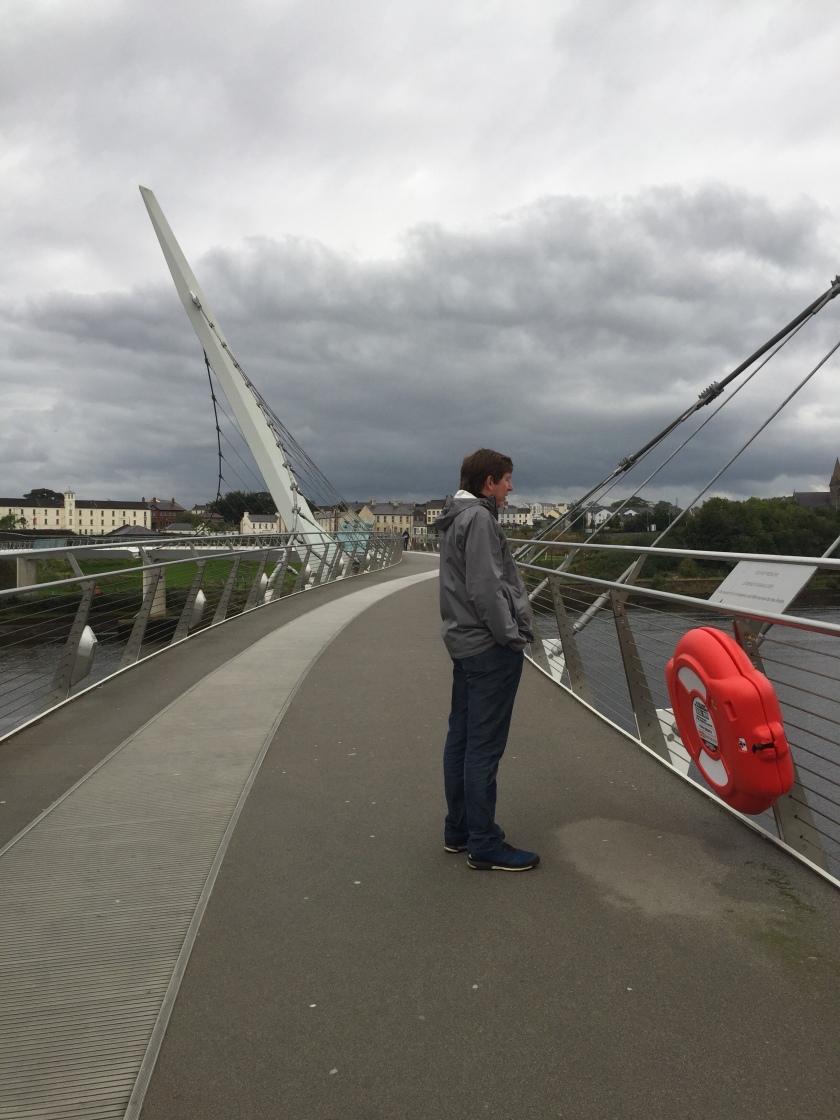