If our first few days in Ireland are any indication the Irish people are some of the friendliest in the world. After we got off the airport bus in Dublin a man passing by stopped to offer us help with directions to our hotel. And then this morning when we missed the turn for the Rock of Cashel and had pulled off the road to do a u-turn the lady driving the car behind us pulled over too. She jumped out came over to our car, asked if we were going to “the Rock”, said she had seen us looking lost and proceeded to cheerfully give us directions!

We got to the Rock of Cashel not long after it opened. The parking lot was pretty much empty. By the time we left though there were about ten buses in the lot and no parking places left.

The Rock of Cashel is a group of medieval buildings on top of a limestone outcropping. It was originally the castle of the Munster kings and later belonged to the Catholic Church. 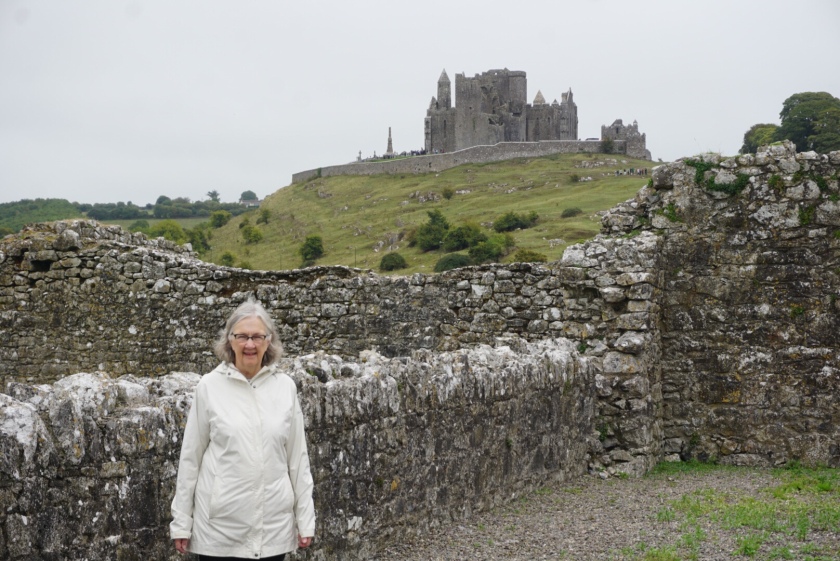 From the Rock we hiked down to the nearby Hore Abbey. 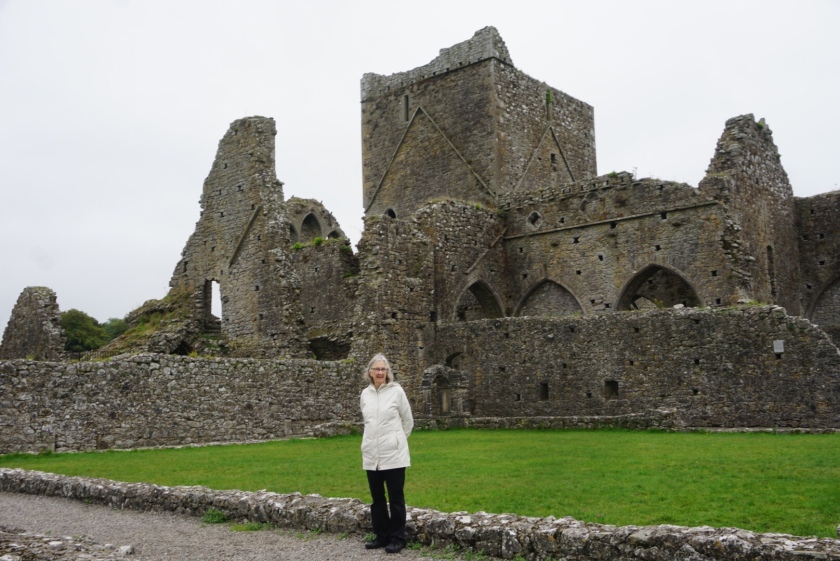 Tonight we are in Kinsale on the South coast. We have a lovely room in the Long Quay House with a view of the harbor. 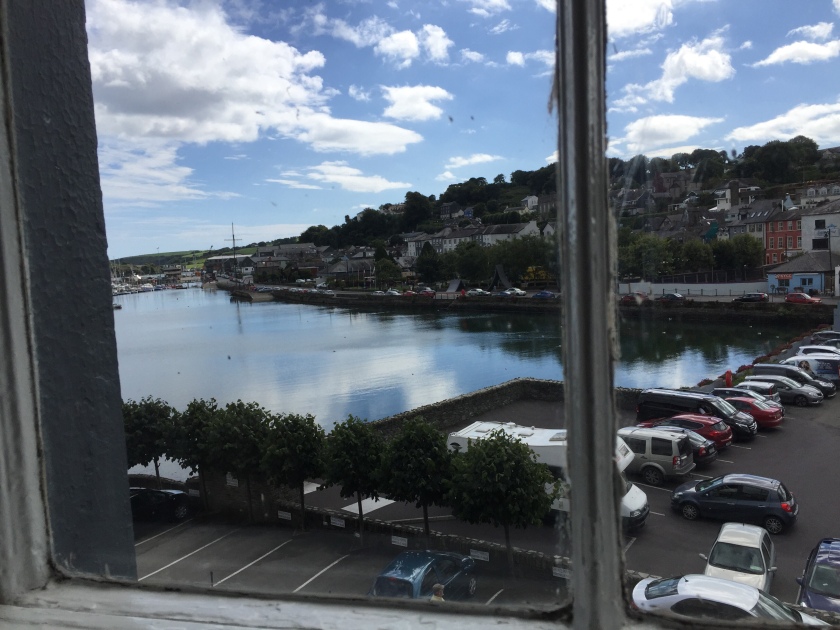 This afternoon we hiked along the water to Charles Fort. It is s star fort and was built in the 1600s. The Spanish and Irish used it to protect the harbor from the English. The English won. 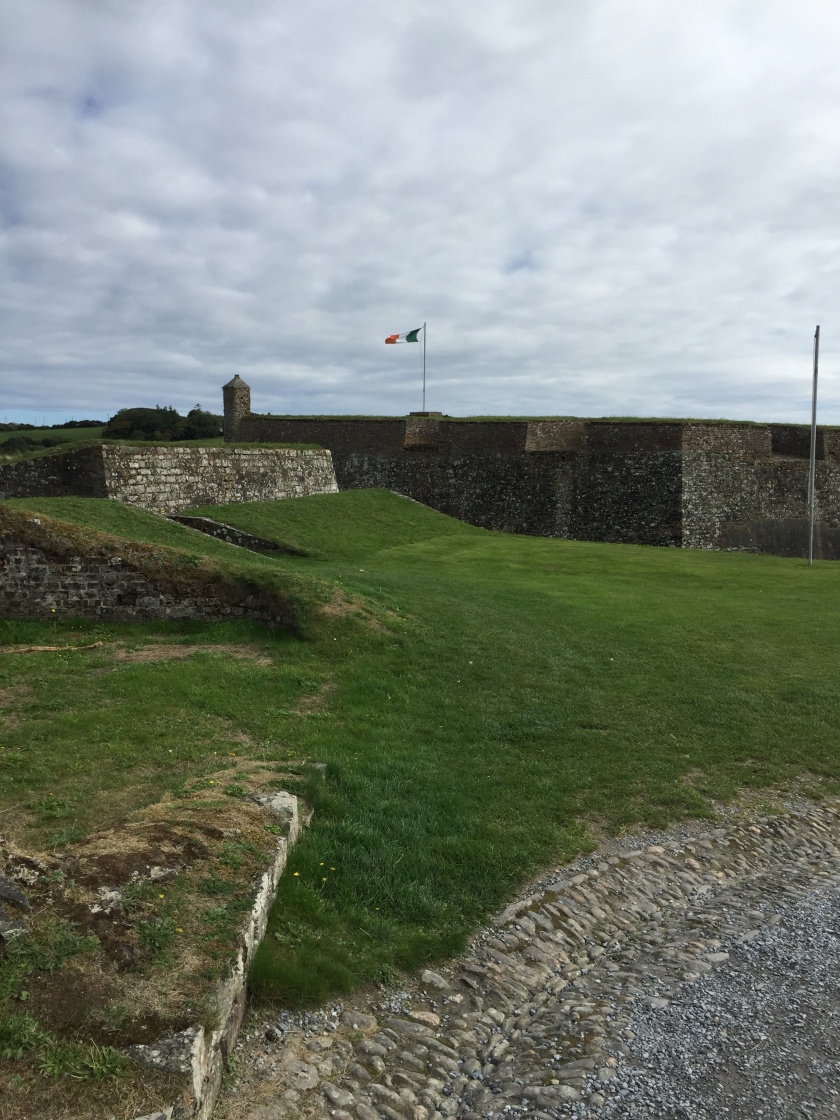 For dinner we ate at a great restaurant called Fishy Fishy. We started out with gin and tonics made with local Kinsale Blacks Gin. Then we shared mussels. For the main course Duke had brill and I had sea trout. 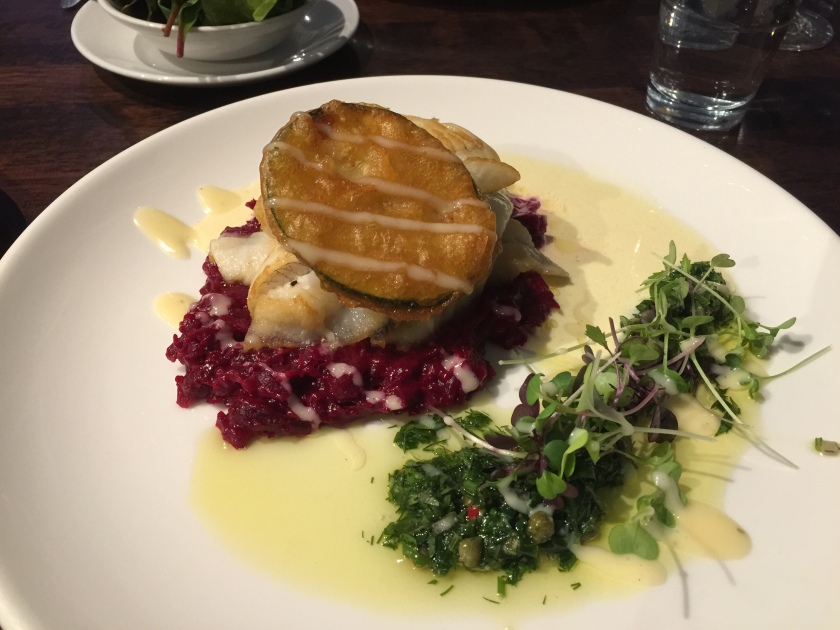