For ten years the Silver Peak Brewery which has two great restaurants in Reno has sponsored a hike to the top of Mount Rose. For a donation you get a t-shirt and beer at the top. The hike benefits the Nevada Land Conservancy. Their web site says that they have been so successful that because of over use this is the last year that the hike will be on Mount Rose. 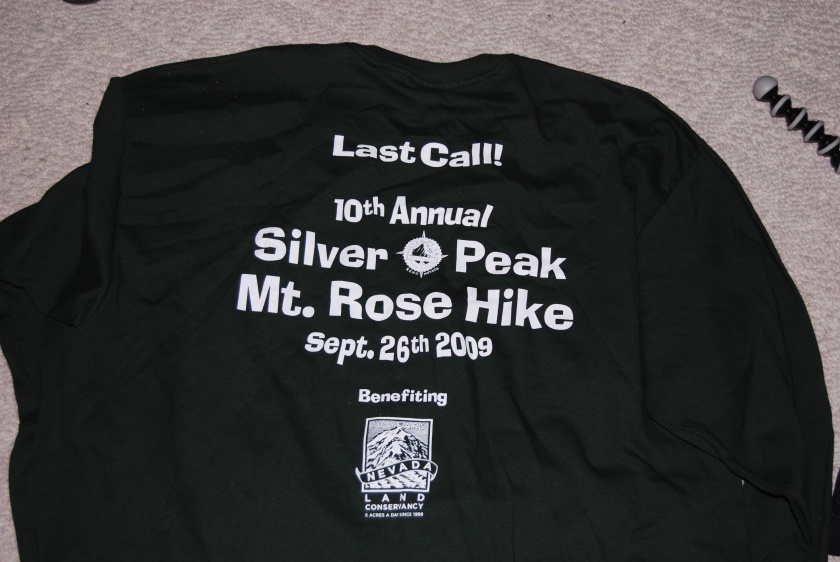 Mount Rose overlooks Reno and at 10,775 ft high is the highest peak around Reno.

We did the Silver Peak Mount Rose Hike one other time two years ago.  I blogged about it here. It was cold, there was snow at the top, and it was VERY windy but still fun. This time the weather was unseasonably warm. Getting to the top was relatively easy. I’m sure that was because Duke and I hiked 32.5 miles with packs on our backs on the Tahoe Rim Trail about a week ago. Saturday afternoon it was wonderful to sit on top with all the people and dogs and enjoy the views and a beer. 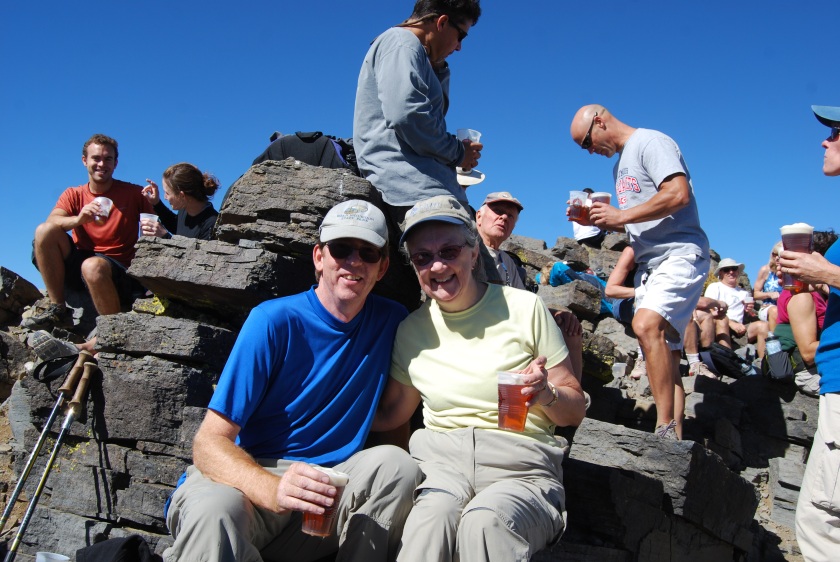 From the top we saw a helicopter land in the meadow way below. Apparently they were there to evacuate someone who was having heart problems. We started down and about an hour from the top came upon two guys who had just found a guy collapsed and unconscious on the trail. As we approached he started vomiting and they turned him on his side.  I called 911 and explained that we were were about half a mile above the helicopter that was already there. The man was coming around by this point. He said he was 75 and didn’t have a  history of heart problems. He had already been to the top.

We think it was probably the altitude and the heat that got to him. The paramedics hiked up from the meadow and reached in about ten minutes. Apparently in addition to the helicopter guys some more paramedics had hiked in to help with the first guy. We hiked on down and watched the LifeCare helicopter lift of with the first guy who they had carried down the trail and loaded on the helicopter. Another helicopter came in and circled but I don’t think it landed so I am guessing that the guy we helped hiked out after he felt better.

If you would like to see all the pictures from this hike they are available on Google here.