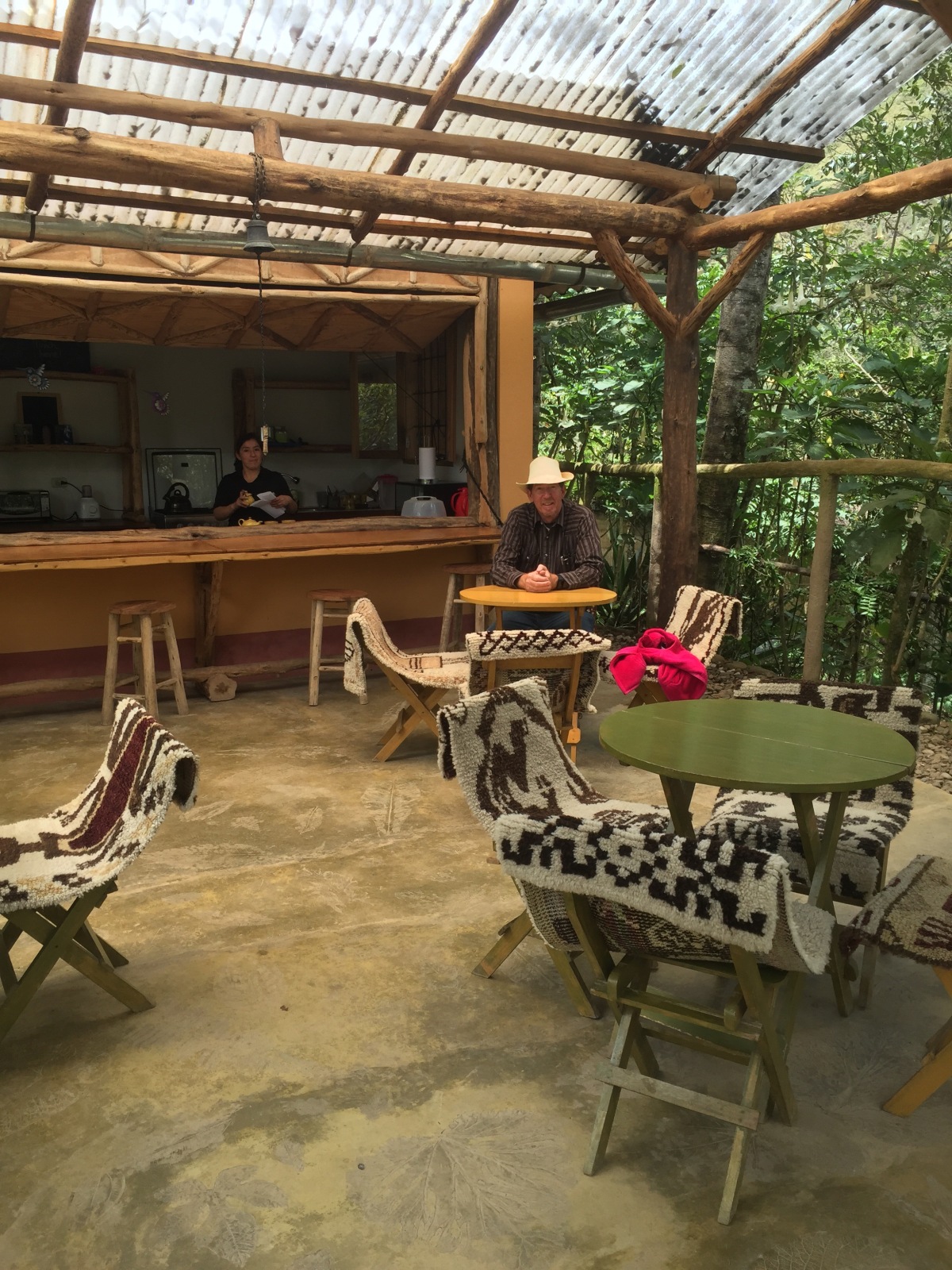 Tuesday morning we caught a collectivo to take us to the little town of Leymebamba. It is only 37 miles south of Chachapoyas but it took us two hours to get there winding our way through the Utcubamba River Canyon. We stayed at the absolutely wonderful  Kenti Tambo Lodge. We had a big open room up in the trees with a balcony.  The balcony has two comfy chairs and a hammock. 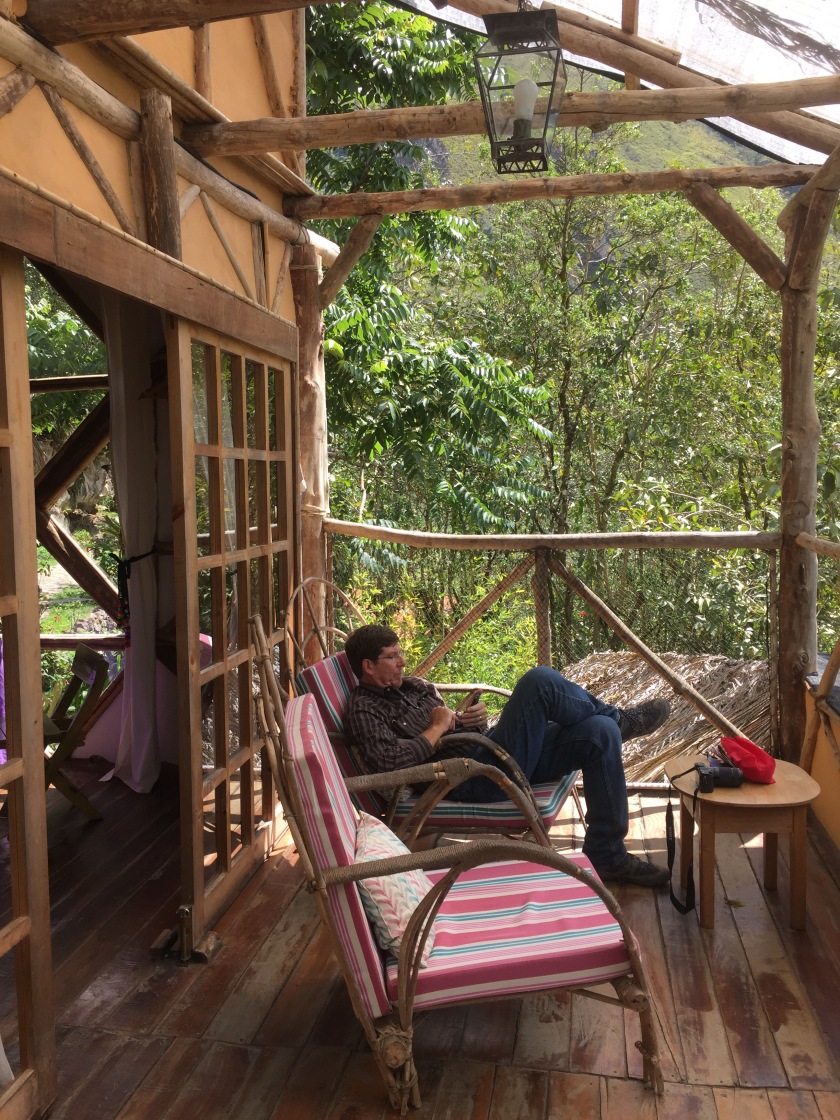 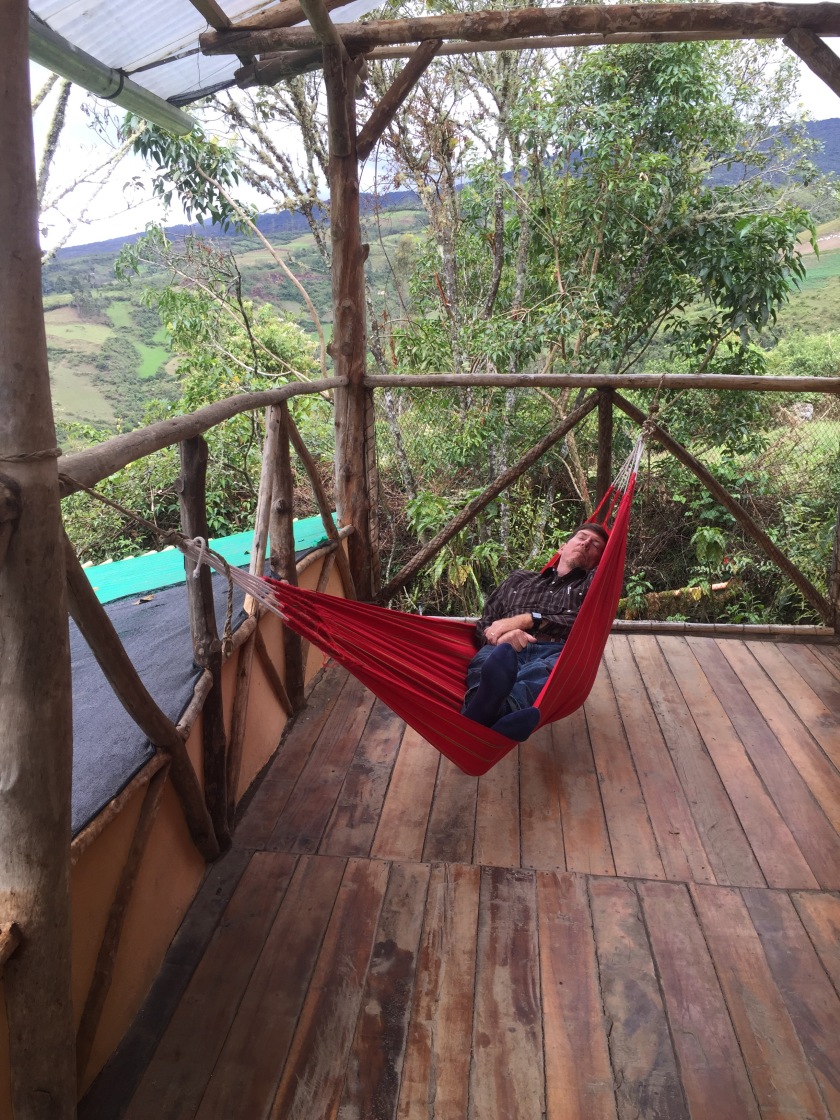 There were lots of hummingbirds. 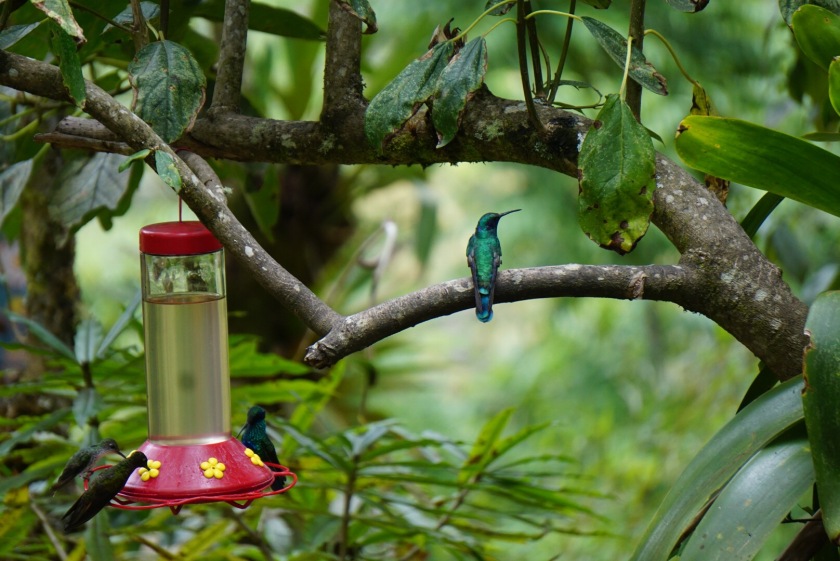 Across the street from the lodge is the Museo Leymebamba which was built in 2010. They have exhibits about the inhabitants of this area over the years. The main purpose of the museum though is to house the more than 200 well preserved mummies that were found on a cliff overlooking Lagunas de las Condores near here. You can’t take pictures of the mummies but they are in a climate controlled room with a big window. 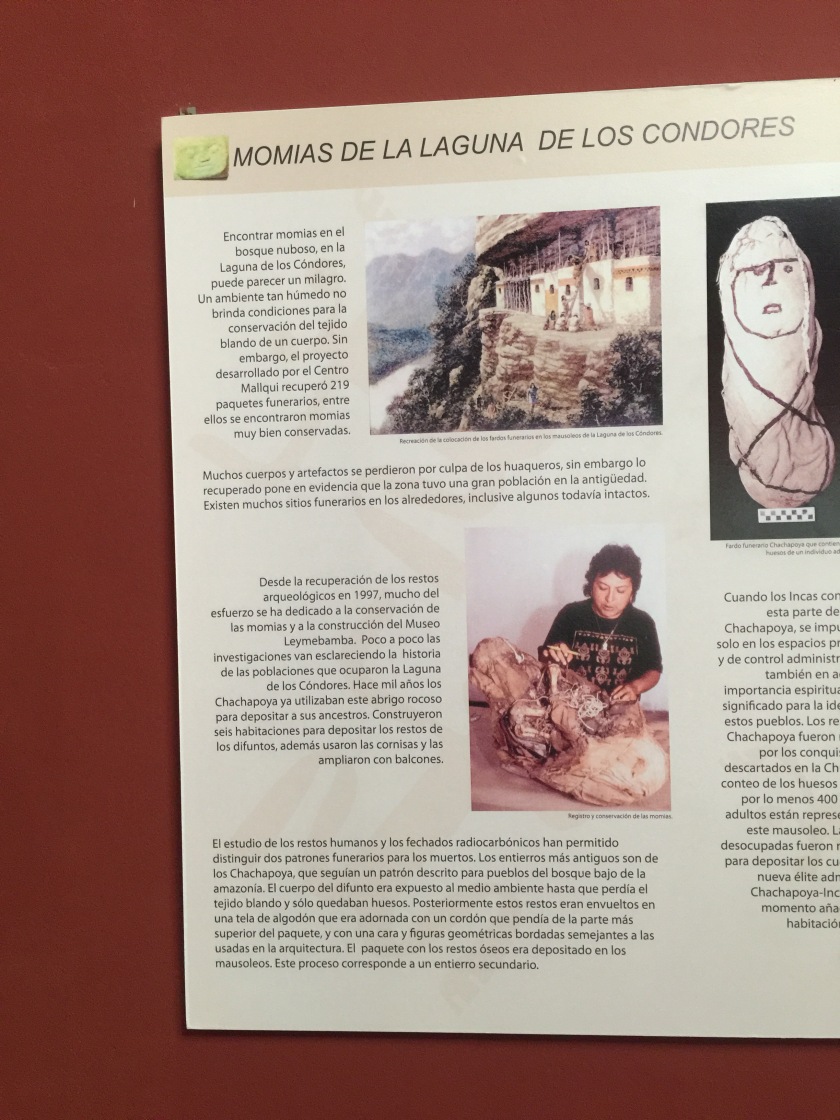 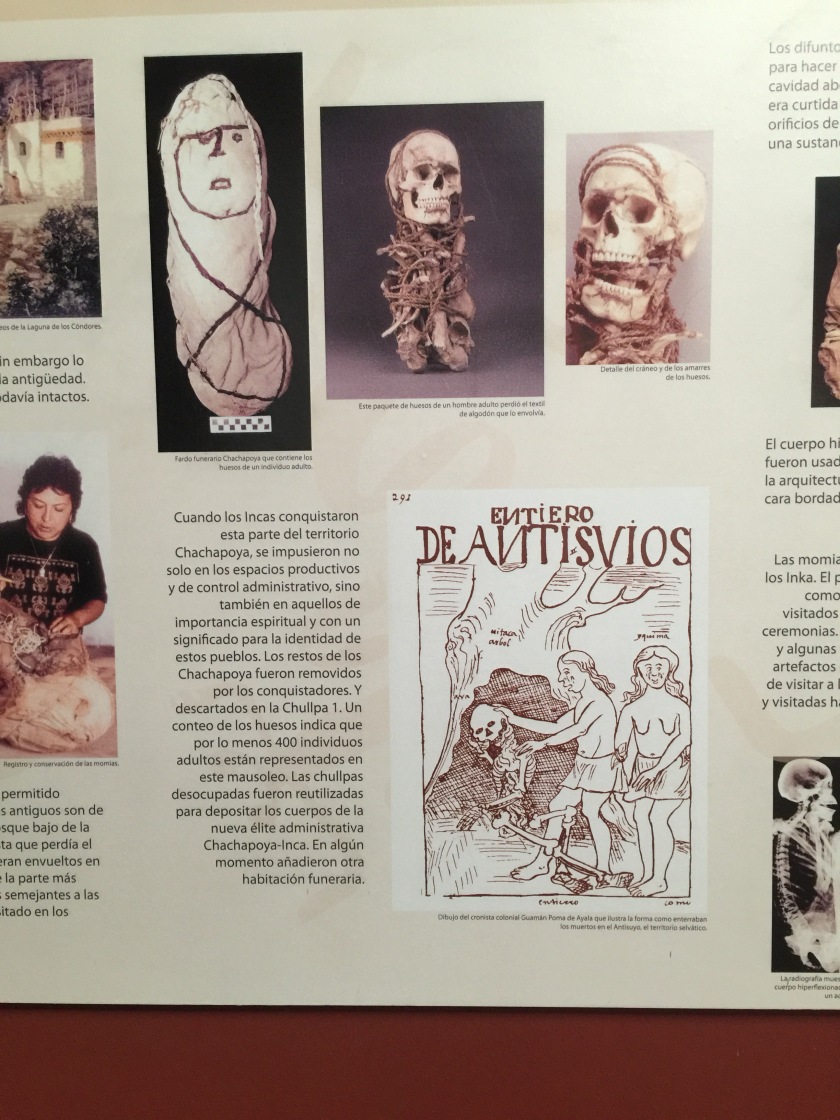 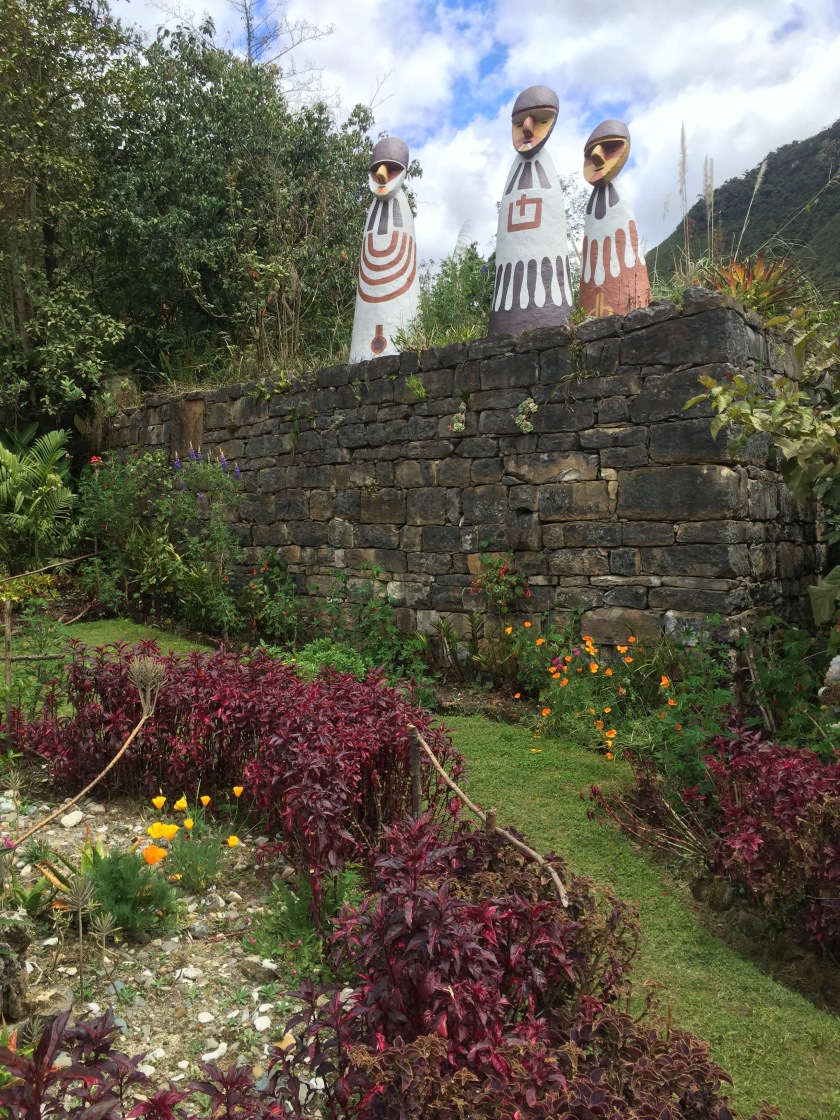 We had dinner at the lodge. We started with appetizers next to a roaring fire. The meal was the best of the trip; Quinoa, sweet potatoes with a cinnamon glaze, roast goat and a bottle of wine. It was cozy and magical.