Tonight will be our last night to stay in a Parador in Spain on this trip. This morning we walked around the Bielsa Parador area a bit and then headed back down the mountain.

We stopped for coffee in the village of Bielsa which is 12 kilometers from the Parador. A plaque near where we parked told an interesting story. At the end of the Spanish Civil War in the Spring of 1938 the Republicans defending the High Aragon faced ultimate defeat. The shepards of this area knew a way over the mountains. First they guided thousands of women and children and then the retreating army through the snow over a high mountain pass across the mountains to the refugee camps in France.

During World War II this same route was used both to move fighters and goods into France and to permit the escape of those fleeing Nazi persecution.

On our last trip I read Kristin Hannah’s book The Nightingale. In the book the Nightingale is the code name for a woman who helps downed British airmen escape to Spain by hiking over the Pyrenees. In the book they cross the border in a totally different place but I still thought of that book when I was looking at those mountains today.

Bielsa is a beautiful little town. We had coffee in a little bar/restaurant.  The owner led us into s little side kitchen to show us the paella they were starting 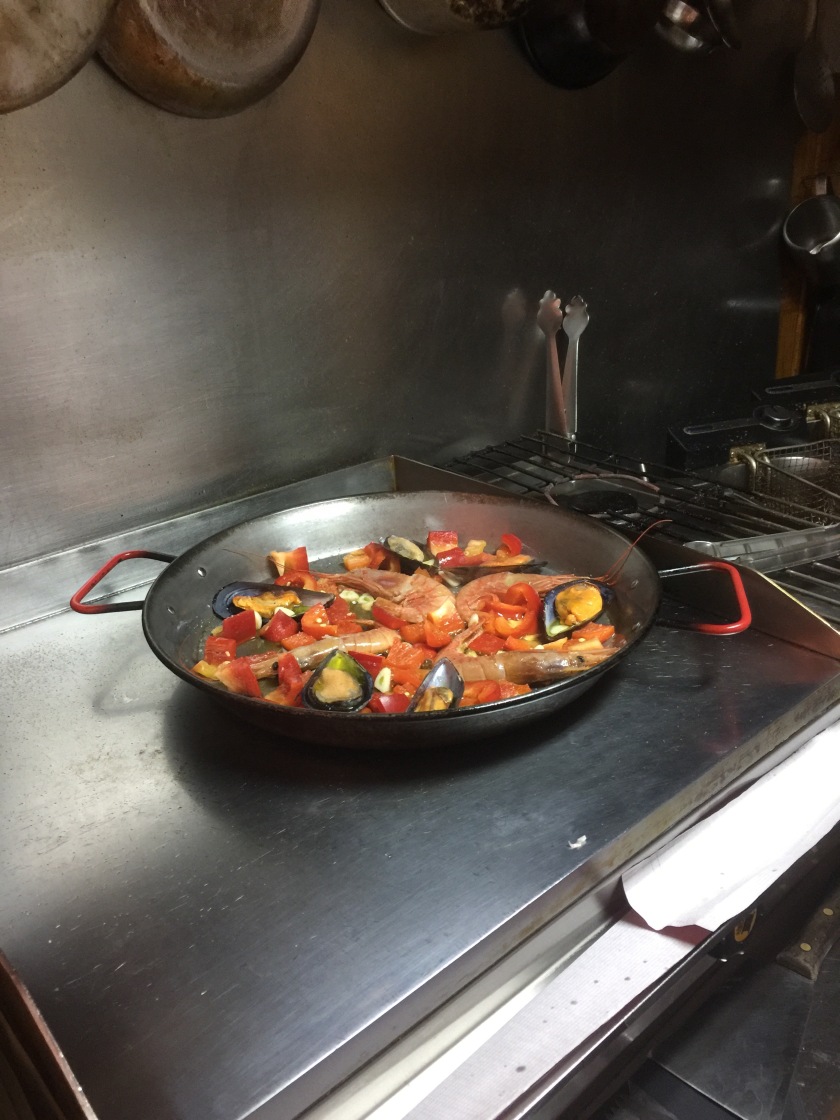 A little farther down the road we stopped at a farmers market. They had some beautiful vegetables!

Bielsa where we are staying tonight is a ski town. Although it is a Spanish town it used to be only accessible from France. Then in 1950s they built a tunnel through the mountains. The tunnel is more than 5 kilometers long!

We explored Vielha a bit.

Then we had one last great Parador dinner. 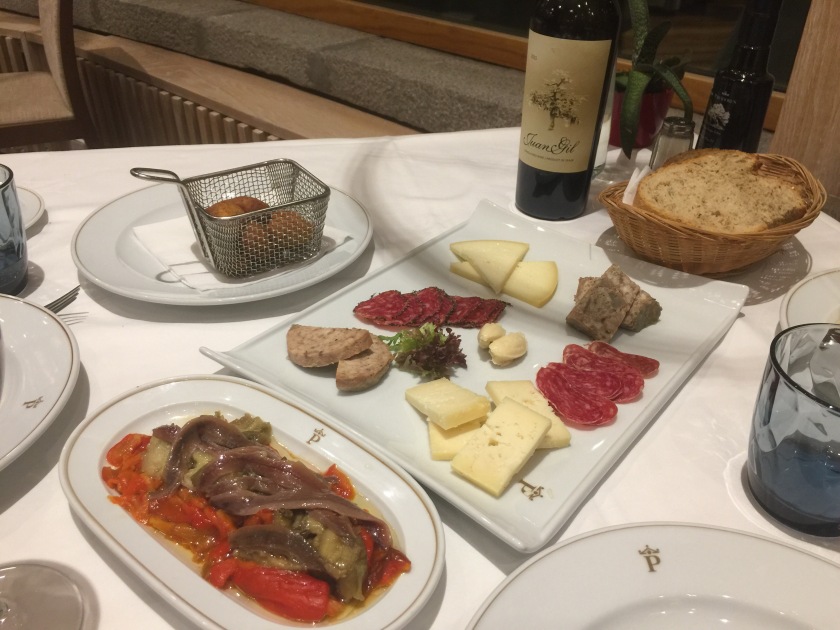 2 thoughts on “Bielsa to Vielha”